Arab students protest at Tel Aviv, Haifa universities; partial strike in businesses in both Arab and mixed communities as some businesses open their doors; 'If we stay quiet, then police might do this again elsewhere, and we don't know who's next,' says business owner who joined strike.

Dozens of protesters in Kafr Kanna were hurling stones at police, setting tires on fire, blocking the entry road to the town and waving Palestinian flags. Twenty rioters have been arrested, eight of them minors. Protests were also reported in Kafr Qasim. 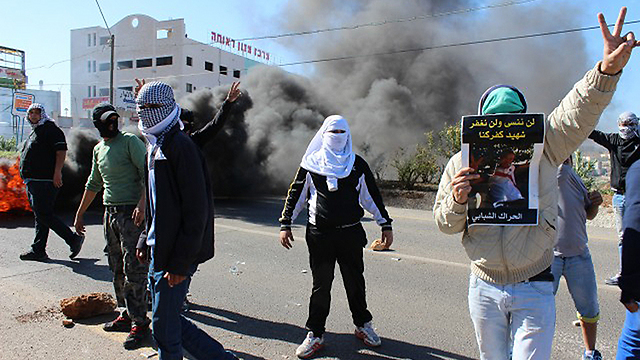 "(Prime Minister Benjamin) Netanyahu threatened to revoke our citizenship and we are telling him from here that he cannot deter us," one of the rioters told Ynet. "You and your police are the rioters, not us. We'll continue our struggle until the policemen who murdered Khair Hamdan are punished."

A fire broke out near the fence of moshav Mei Ami in Wadi Ara as a result of a Molotv cocktail thrown in the area. The Umm al-Fahm police opened an investigation into the fire. 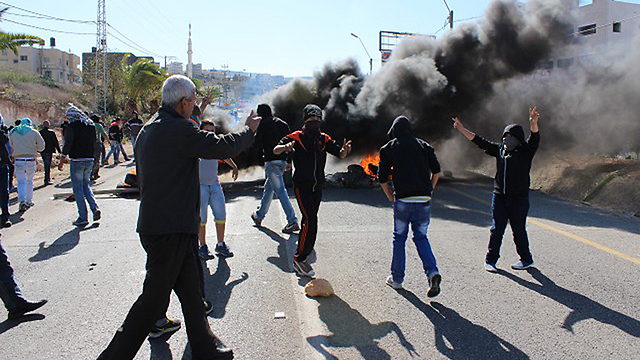 Near Nazareth, some 30 youths set fire to tires and scattered rocks on the road, but there were no reports of stone-throwing. Route 754 had to then be closed for traffic to clear the obstacles. 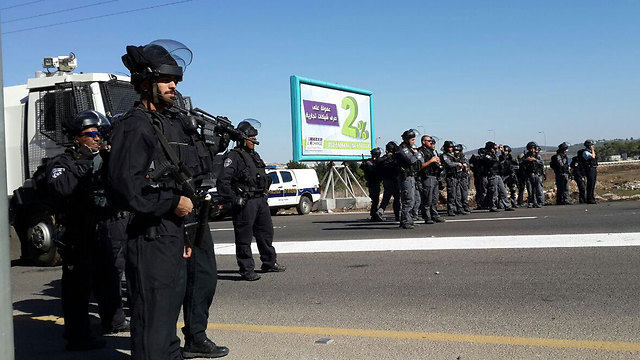 At a police station in Sha'ab, the Israeli flag was taken down and replace with a Palestinian Authority flag. Police opened an investigation into the incident. 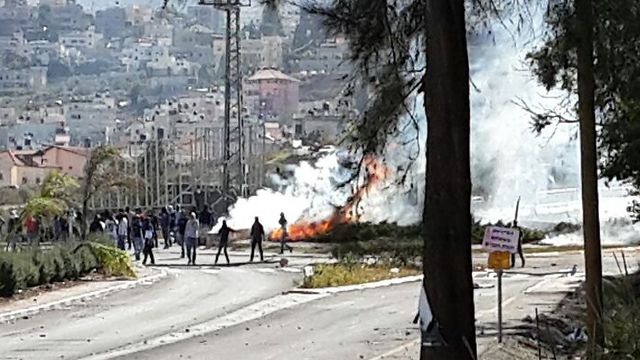 Protesters outside Tel Aviv University were waving Palestinian flags and raising banners that said "There's no justice and there's no peace," and "From Jerusalem to Kafr Kanna, it's all part of the same story." They also held banners with photos of Khair Hamdan, under the headline "Shahid" (martyr). 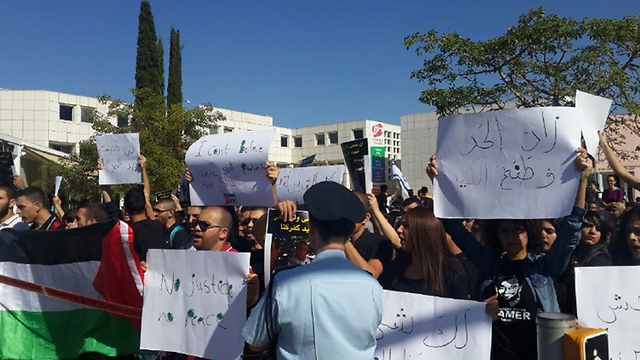 The protesters called out "In spirit and in blood we will redeem the martyrs."

Facing the protesting students was a counter protest of about 20 right-wing activists who were waving Israeli flags and calling out to the Arab protesters: "You should be ashamed of yourself," "Traitors" and "We're sick and tired of Arab terrorism - one time it's a vehicular attack, another it's a knife. We don't want dead policemen." 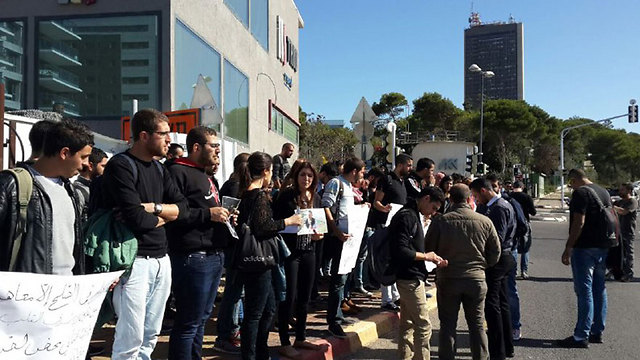 Some 120 people protested outside Haifa University, most of which are members of Balad, Hadash and the Islamic Movement.

They were calling out "Israel is a terror state" and waved banners that read "Charge: Arab. Punishment: Death." 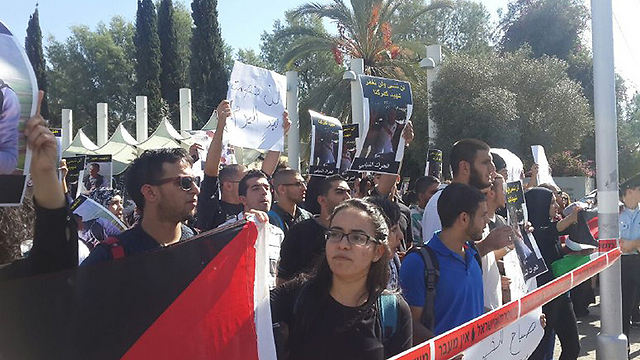 The protesters sang the Palestinian anthem before dispersing.

The Arab sector launched a general strike on Sunday morning in protest of the fatal police shooting of Khair Hamdan in Kfar Kanna.

Along with the strike, which includes all parts of Arab society in Israel as well as education institutes and public services, demonstrations are set to take place in many communities in northern Israel, and in the Triangle Area. 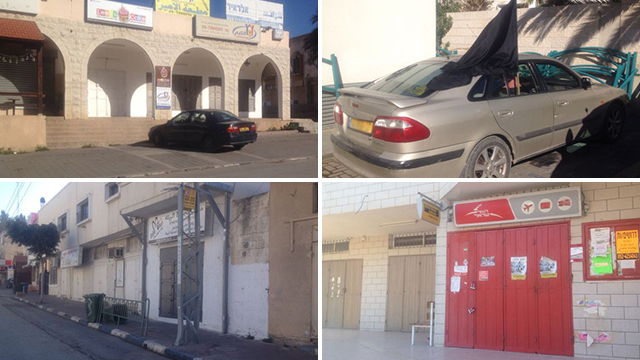 Closed businesses and black flags: Strike in the Arab sector.
"If we stay quiet, then police might do this again elsewhere, and we don't know who's next," said Abed al-Kadar, a Tayibe restaurant owner who joined the strike. "We're losing money and this hurts our livelihood, but it's a good step against the police's actions." Another business owner from the Triangle Area was hopeful the strike "leads to good results," but at the same time said he believes "the investigation will be closed due to the lack of evidence, just like other investigations. The Arabs in Israel have no rights, we're always accused of everything. Our situation worsens every day more and more, the state humiliates us and we're still looking for a way out of this situation." Others business owners in Arab communities, however, have opened their businesses. A partial strike was noted in mixed communities as well. In Jaffa, educational institutions were closed, but some of the businesses were opened. The weekend rioting continued into the night Saturday. Protesters setting tires on fire blocked Route 444 near the Tayibe Bridge in the Triangle area. Police and Border police called to the scene dispersed the rioters and arrested an 18-year-old man. Rioters threw rocks at an Egged bus on Route 65, a major highway in northern Israel that connects Hadera to the Galilee, lightly wounding two passengers. Police were searching for the perpetrators but no arrests have been made yet. Large protests are planned in Kfar Kanna, Umm al-Fahm, Tira, Tayibe and several others cities, and black flags were put on many cars in the Arab sector. Police were on high alert throughout Israel on Sunday morning, with the level of alert raised to the second highest since the start of Operation Protective Edge in the summer. "Over 1200 policemen will be deployed in Arab towns and cities today. We're all ready for any unusual incidents. The situation is not calm. We're doing everything to take control of rioting, if there are any," a senior police officer said.