Israel is lurching toward international isolation

Analysis: The Jordanians might be leading the charge, but the entire world seems to think that Israel is becoming increasingly disconnected from reality; meanwhile, both Israeli and Palestinian officials are busy making extreme comments.

The Jordanians are the litmus test, the sensor most reactive to the goings-on in the Middle East. And the Jordanians are hysterical, no less. They fear that the religious conflict on the Temple Mount and the anarchy in the West Bank will spark not only a wave of anti-Israel sentiment throughout the kingdom, but also bring a wave of Islamist sentiment that would sweep the king off his throne.

So not only have they recalled their ambassador and boycotted all future celebrations to mark the 20th anniversary of the peace agreement with Israel, they have also prevented two Jordanian ministers from attending a festive event to celebrate joint Israeli-Jordanian projects on the banks of the Jordan River.

They are even barring regular meetings between diplomats and former military officials, Israelis and Jordanians, that are intended to allow an informal exchange of ideas and messages between the sides. One such meeting, which was supposed to have taken place recently at the Netanya College, was canceled – and others have suffered similar fates too. The Jordanians are signaling to Israel: You're detached from reality; you're living in a bad movie and you believe everything's coming up roses.

The Jordanian litmus test is far more reliable than any of the prime minister's widely publicized assessments of the situation and security consultations. While the discussions do indeed involve Israel's finest military and security minds, they also reek of internal politics. The prime minister appears more concerned about the fire licking at the edges of his robe and his public image. His statesman-like and security oriented appearance in front of the television cameras on Tuesday, following further security consultation, was an exercise in public relations: The situation is complicated; I know how to resolve it; trust me. The Jordanians don't buy such posturing. In fact, no one in the world does. 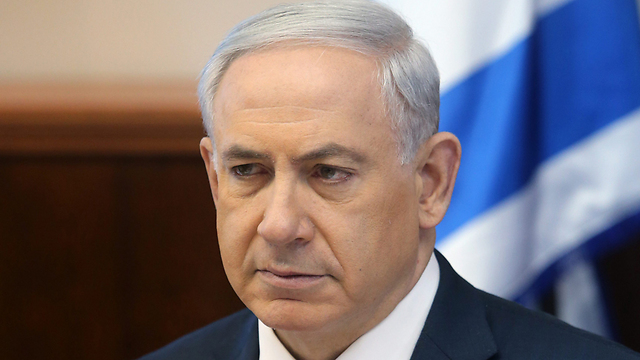 The series of measures announced by Netanyahu in response to the current wave of terror are somewhat vague too – perhaps because none can really be put into practice in full. The increase in arrests, for example, certainly won't reach the dramatic proportions the prime minister alluded to; not to mention the wholesale demolition of the homes of terrorists – an options that has yet to mature into a decision, with the defense establishment still debating its effectiveness. On the agenda still are the findings of a committee, headed by Major General (ret.) Udi Shani, that examined the issue and determined that demolishing homes as a form punishment for the purposes of deterrence achieves the exact opposite effect.

On survival and stupidity

On Tuesday, Palestinian security chiefs and their Israeli counterparts met to discuss the rising tensions in the West Bank and Jerusalem. The two sides exchanged views on the explosive potential of the current situation and agreed, too, that if things were indeed to explode, they would be faced with a tough operational challenge that no one wants to encounter.

The Palestinians even made it clear to the Israelis that they had not been instructed from above to make any adjustments to the extent of cooperation between the sides, contrary to statements made by Mahmoud Abbas. It turns out the Palestinian security chiefs are just as concerned about the situation as their Israeli counterparts, and these sentiments were explicitly expressed in the room. But the leaderships on both sides – for political reasons, for reasons of personal survival, due to internal power struggles, a political vacuum and just plain stupidity – have led the region into a minefield.

Security officials, on both sides, are trying to vacate this field one step at a time, with a detector in hand, carefully uncovering and bypassing each and every mine so as to return to normal as soon as possible. But extremist elements – beginning with Israeli cabinet ministers and their ceaseless incitement around the subject of the Temple Mount, including Palestinian politicians who call for violence and the severing of ties with Israel, and through to both Jewish and Arab extremists on the ground – are doing all they can to set off the mines, no matter the cost. 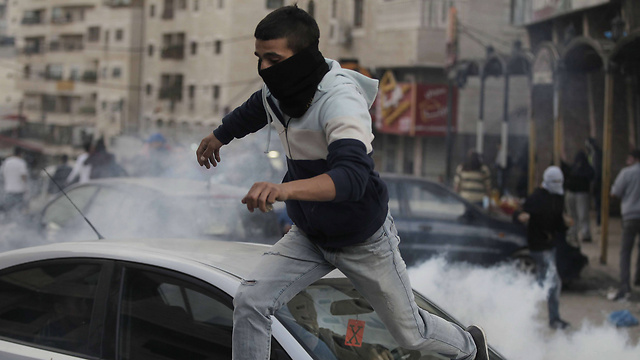 Clashes in Jerusalem: Not an intifada (Photo: AFP)

The dilemma facing the Israel Defense Forces and Shin Bet security service with respect to the steps that need to be taken in the field stems first and foremost from the real picture, as revealed in the operations logs. Last Tuesday saw a record number of disturbances. That same day, the Palestinians marked the 10th anniversary of Yasser Arafat's death, Abbas delivered an inflammatory speech in which the Temple Mount received top billing, thousands attended the funerals of the two Israelis killed in terror attacks this past week, and a Palestinian was killed in a clash with soldiers.

On that charged day, the operations log recorded around 35 hot spots. A hot spot could be a group of 10 children throwing throw stones at an intersection and fleeing the moment the IDF jeep arrives on the scene, and it can also be several dozen rioters throwing stones, launching fireworks, burning tires and clashing with IDF soldiers and border police on the outskirts of cities. That day, IDF soldiers dealt with 600-700 rioters.

This is a high figure, which reflects a gradual increase in the number of rioters and the number of friction points. The defense establishment is talking about an increase of 15 percent in the scope of the violence; but even clashes with several hundred rioters every day do not make an intifada, which requires sending tanks into the city centers.

Abbas is ranting and raving because he's frustrated and angry, because there's a political vacuum and he has nothing to offer his public. His legitimacy is slipping from his grasp – after all, he promised that the reconciliation government he established with Hamas would rule for six months, after which elections would take place. But no one is talking today about elections. He received a mandate from the entire world, along with a pledge of $5 billion, to take a hold on Gaza and begin its reconstruction.

He, however, is deliberately delaying the discussions because he is afraid to enter Gaza. And thus he is diverting all his anger and frustration towards Israel, and the Temple Mount in particular. And in this regard, he is joining the ranks of Israel's radical right-wing ministers, who are doing the exact same – firing up the street to reap political rewards.

But there's a gap between the public calls for violence on the part of leaders and the reality on the ground. The Palestinian social media networks and media outlets are carrying calls for demonstrations of 60-70 thousand people and declaring a 60-minute protest against Israel, with every minute to be dedicated to a different kind of protest. An objective intelligence researcher who monitors the mood among the Palestinian public in the West Bank and feeds off the media could get the impression that the West Bank is currently caught up in a war to end all wars, but the street is speaking in a far more moderate tongue.

For now, therefore, we are tiptoeing along, trying to make as few mistakes as possible, and praying that politicians and extremist elements on the ground don't drop explosives in this minefield. Defense establishment officials believe we need a few more days, perhaps a week, before we can say if we've safely vacated the field or if we remain bogged down in it.

The Jordanians aren't the only ones; the whole world seems to think that Israel is becoming more and more disconnected from reality. During a recent meeting involving senior representatives of the powers currently in talks with Iran on nuclear disarmament, the German delegate stood up and said to the Israeli officials in attendance: "You don't understand what's going on around you."

Europe is extremely anxious about the disintegration of the Middle East, which could affect the entire world. The countries of the West are looking towards five states that in their eyes remain stable, in the hope that through them the entire region can be stabilized.

The Europeans are talking about Israel, Iran, Turkey, Egypt and Saudi Arabia. However, each and every one of these countries carries a crippling burden that could destroy its own stability. In Iran, for example, it's the nuclear issue; with the Turks, it's human rights; and the albatross around Israel's neck is the conflict with the Palestinians. A failure to resolve this conflict poses a real danger to the stability of the country, and Israel's stability is in the interests of the West at large. Resolving the problem therefore is at the heart of Europe's concerns, just like the Iranian nuclear program, and just like the efforts to deal with Turkish President Recep Erdogan as a nuisance and threat to regional stability.

It was clear to the Israelis at the meeting that the German delegate was not speaking solely for himself. The Europeans and Americans discuss such matters. The Israeli-Palestinian conflict, apparently, carries far more weight in the West – over and above the human rights issue. Israel could end up being seen by the world as a catalyst for instability in the entire region and the cause of strategic damage to the West.

But the Netanyahu government continues to live in a virtual reality of there's no one like me. The world is distancing itself from Israel, and Israel is sticking to its guns: We are the center of the world; the Temple Mount is in our hands. And at this rate, we'll lose both Europe and the United States.