A Shin Bet operation, with the aid of the IDF, exposed a Hamas terror cell and thwarted its foreign-trained members from executing a number of attacks on Israeli destinations, it was cleared for publication Thursday. The terrorists were receiving orders from Hamas' Turkey delegation. During the investigation, more than 30 suspects were arrested; explosive devices, M-16 rifles, and ammunition were confiscated. The cell included a number of West Bank Palestinians, two Jordanians, and a Kuwaiti. 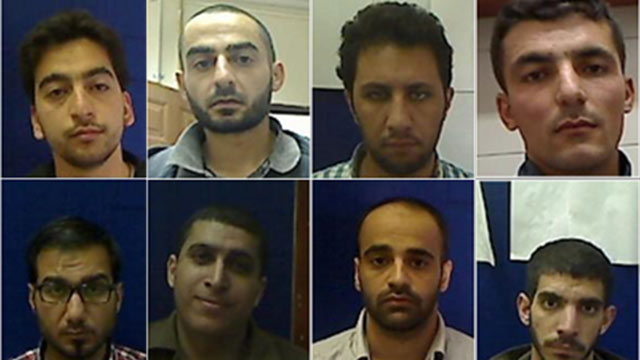 Israel Prime Minister Benjamin Netanyahu congratulated the Shin Bet for thwarting the attacks, saying that if carried out they could have exacted a heavy toll of casualties.

"This is one operation that has been published but there are many more that remain secret," he said of Israel's intelligence work. "These foiling activities are against terrorists and against Hamas, which challenges the existence of a Jewish nation-state and the existence of Jews in general."

The Hamas terrorists were ordered to undertake a number of operations against Israeli destinations in the West Bank, including infiltration attacks, kidnapping attacks, car bombings, an attack on Teddy Stadium in Jerusalem, and an attack on the light rail train in the capital.

According to the Shin Bet, the cell was responsible for the explosions in the northern West Bank on August 31, 2014 – there were no casualties in either of the two incidents. The explosives were detonated using a delayed timer in an attempt to hit emergency personnel called in after the first bombing.

The Shin Bet investigation revealed some of the terrorists had been recruited in Jordan in 2012. They were provided military training and were deployed to the field at the start of 2014. Their mission objectives included setting up meetings with other militants, setting up infrastructure, and collecting intelligence on terror targets.

The training, according to the Shin Bet, was undertaken with coordination and supervision of Hamas' military wing in Gaza and its missions abroad – in Jordan, Turkey, and Syria. The cell's members visited the Strip, often using the smuggling tunnels, were they were further instructed on explosives, weapons training, and navigation skills.

The West Bank cell was also tasked with recruiting militants in Jordan to set up further infiltration attacks into Israeli territory.