Security forces at the site of the attack
Photo: Gush Etzion Regional Council

A female terrorist attempted to stab an Israeli on Monday morning, at Gush Etzion Junction in the West Bank. The victim sustained very light wounds and received medical attention at the scene.

The assailant was shot by IDF troops from the Duchifat Battalion of the Kfir Brigade. She is being treated at Hadassah Medical Center in Ein Kerem and is said to be in very serious but stable condition.

The terrorist was later named as Amal Taqatqa from the village of Beit Fajjar, some eight kilometers from Bethlehem and not far from Gush Etzion.

Aftermath of attack in Gush Etzion

"The civilian who was lightly wounded received medical treatment at the scene; he did not require hospitalization," said Eyal Zahavi, a Magen David Adom paramedic who arrived in the wake of the attack. "Close to him lay a young woman of about 20, who had been neutralized by security forces and had serious wounds to the upper body. We treated her together with a military medical team and she was evacuated to hospital."

Palestinian news agency Ma'an described the woman as "mentally ill", and said that her family had provided medical records to that effect. The agency also reported that, "Palestinian and Israeli liaison offices are coordinating to release her." 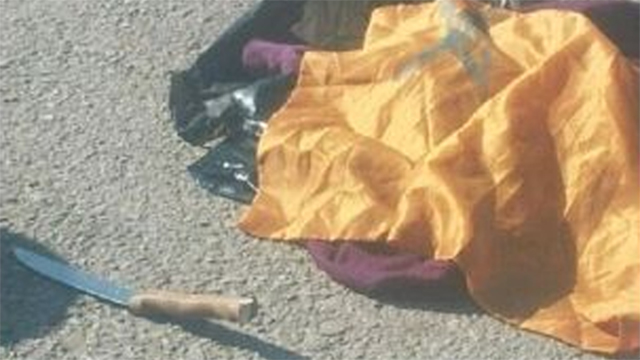 "Once again, they are trying to kill us," said Davidi Pearl, the head of Gush Etzion Regional Council. "To our relief, the incident ended with just one person lightly wounded and serious injury to the terrorist. I thank the IDF soldiers for their quick reaction, which led to this outcome. I call on the defense minister to do his utmost to restore peace and security to the residents of the area. We will do everything to ensure that life in the Gush continues to flourish."

Gush Etzion Junction, the entrance to the Gush Etzion bloc of settlements almost midway between Jerusalem and Hebron, has been the site of numerous attacks on Israelis by Palestinians.

On Monday evening, a bus driving in the West Bank on Route 60 was shot at near the Shilo Junction. No one was hurt and the bus continued on its way to Ariel.

Almost three weeks ago, a Palestinian wielding a knife stabbed three Israelis in a nearby location, killing 26-year-old Dalia Lemkus and wounding the two others. It is also close to the spot from which the three Israeli teens - Eyal Yifrach, Naftali Fraenkel and Gil-Ad Shaer - were abducted and later murdered.

The attack comes after several weeks of calm, which followed a string of terrorist activity in Jerusalem and the West Bank, and spiralling tensions between Israelis and Palestinians.