Syrian television and Hezbollah's al-Manar TV claimed Israeli Air Force warplanes attacked two security installations on the outskirts of Damascus, near the international airport and in the town of Dimas. There were no casulaties, according to the reports.

The Syrian army confirmed facilities were damaged and said the strikes proved Israeli involvement in regional terror. "In flagrant attack the Israeli enemy executed strikes on two security installations this afternoon on the outskirts of Damascus, near the international airport."

"This direct aggression was undertaken to aid the terrorists in Syria after our forces claimed major victories in a-Zur and Aleppo."

The Syrian Observatory for Human Rights, which tracks the conflict, said that 10 explosions were heard near Dimas.
"The Israeli enemy committed aggression against Syria by targeting two safe areas in Damascus province, in all of Dimas and near the Damascus International Airport," Syrian state television said.

Western media reported that the explosion came from an Israeli attack. An Israeli army spokesman said he would "not relate to the foreign reports." According to the sources, quoted in the Palestinian site Zamnpress, the attack was on an arsenal of S-300 rockets.

A Lebanese news website affiliated with the Christian Lebanese Forces and the March 14 Alliance news website reported in late January that a loud explosion was heard in the area of Syria's port city Latakia.

In June, the IAF struck targets inside Syria, including a military installation, following a cross border attack that killed an Israeli teenager. Israel said at the time that it had struck nine military targets inside its northern neighbor and had confirmed "direct hits".

Since the Syrian conflict erupted in 2011, the plateau has been tense, with a growing number of projectiles, mostly stray, hitting the Israeli side and prompting occasional armed responses. 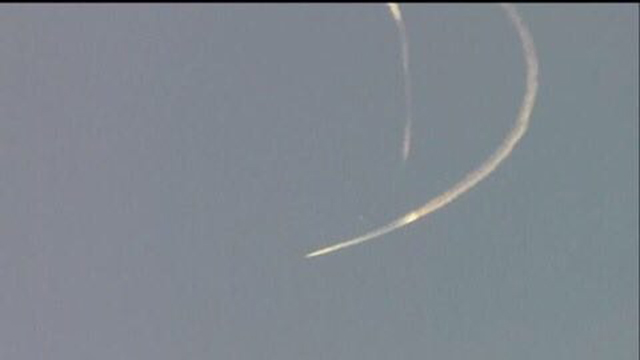 Over the past two years, Israel has reportedly carried out a series of raids on Syrian and Hezbollah targets, but has not officially acknowledged doing so.