Jerusalem district prosecutor's office filed an indictment against three radical right-wing activists for setting fire to a bi-lingual school in Jerusalem where Jews and Arabs study together – the three were charged with arson, breaking and entering and vandalism but were not accused of committing offenses with a nationalistic background.

Monday's indictment accuses Yitzhak Gabai of Jerusalem and brothers 20-year-old Shlomo and 18-year-old Nahman Twito, both of the ultra-orthodox West Bank settlement Beitar Ilit, of setting fire to the school late last month and writing racist slogans on its walls. Gabai is additionally charged with driving without license and possession of a knife. 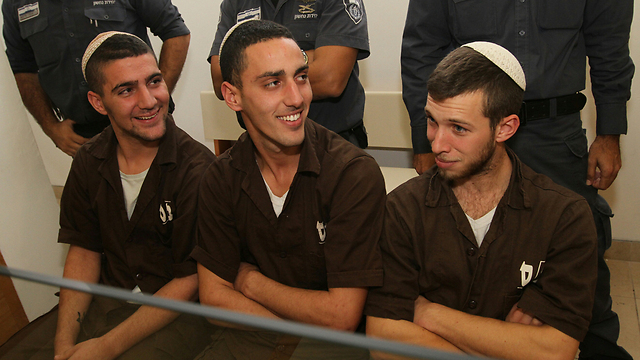 Prosecutors say the three are members of "Lehava," a group opposed to Jewish assimilation and co-existence between Jews and Arabs.

The state's representative claimed that the investigation material points towards a suspicion of other offenses and noted that the indictment may be amended. The issue under consideration is the addition of clauses indicating a racist motivation for their actions. 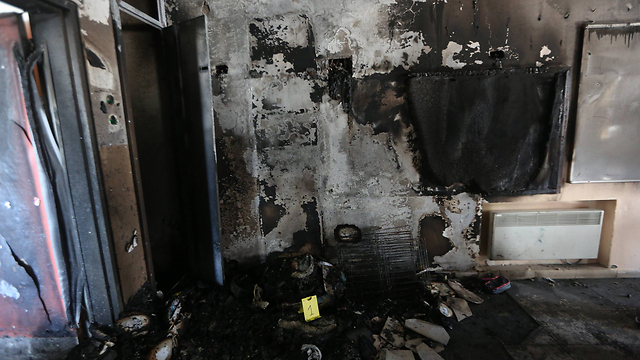 According to the indictment, the three arrived at the school carrying bottles of gasoline, a lighter, spray paint and plastic bags, with their faces, hands and shoes covered in plastic bags. Gabai and Twito entered the two classrooms through the window, and poured fuel inside. The other brother spray painted offensive graffiti including, "Death to Arabs", "Kahane was right" and other phrases against Israeli-Arab coexistence.

After Twito exited through the window, Gabai set the class on fire, using a lighter he obtained in advance, and the three then fled the scene.

The remand of the three was extended until further notice. Their lawyer, radical rightist Itamar Ben Gvir‎, said that that the confessions were coerced. He added that he had "not yet seen the investigation documents," but that he "can say on behalf of my clients that they were subject to serious abuse by the Shin Bet, mental stress, sleep deprivation and threats by investigators that they would beat them if they don't confess. I doubt that the confessions will be considered admissible."

Ayelet Roth, the director of the Hand in Hand network of bilingual schools denied that an Arafat memorial ceremony was held at the school, saying she did not "know where that invention came from."

The findings of the initial investigation indicated that the three took advantage of the renovations that were carried out at the school at the time and entered the building through the structure's back entrance. A week later the three radical right-wing Lahava activists were arrested in a joint operation by the Shin Bet and the police.

During their investigation the three young men – Yitzah Gabay and brothers Nahman and Shlomo Twitto, admitted to burning the school. The three also took part in protests against interfaith marriages in Israel between Jews and Arabs and protests against the Rami Levy supermarket chain, which employs Arabs. 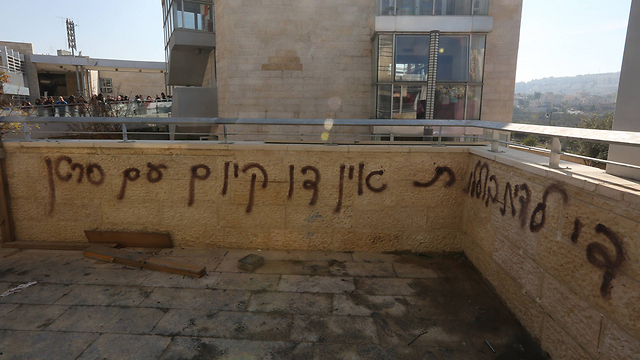 The school that the young men set fire to is located mere meters from the home of Gabai. The young men arrived at the school at the end of the Sabbath, set fire to the building and ran away.

Gabai had also been arrested in May on suspicion of incitement to racism and corruption of land after he put up signs denouncing Christianity during the Pope Francis' visit to Israel.

The mother of one of the suspects in an arson attack on a Jewish-Arab school in Jerusalem declared Monday that she would have set the school ablaze as well were it not for the law and that Jews and Arabs should not be studying in mixed classes.

While she shook off accusations of harassment of Arabs, the suspect's mother expressed revulsion at the fact that Jews and Arabs were studying together in the same school.

Mosques, churches, dovish Israeli groups and even Israeli military bases have been targeted by vandals in recent years. The acts have been condemned by Israeli leaders across the political spectrum.

Roi Yanovksy contributed to this report.