Man Haron Monis had a criminal past.
Photo: EPA

Analysis: Man Haron Monis, a radical Muslim terrorist with a criminal past, likely acted alone but was undoubtedly inspired by the Islamic State's violent messages, proving that it's not just Islamic State's military might that the West should be worried about, but also its poisonous influence on Muslims worldwide.

Many details surrounding the terror attack in Sydney are still missing. Like, for example, whether the terrorist Man Haron Monis was indeed armed and whether he really did plant bombs in the café where he held the hostages.

But it is clear that the Special Forces in the Sydney police took his threats very seriously.

They exhausted him for 16 hours with talks and negotiations, refused to meet his demands, frustrated him by working with the Australian media who would not broadcast his demands, and probably planned to draw the incident out for many more hours until he would willingly surrender out of exhaustion - or when he would be unable to fight back as they storm into the cafe. 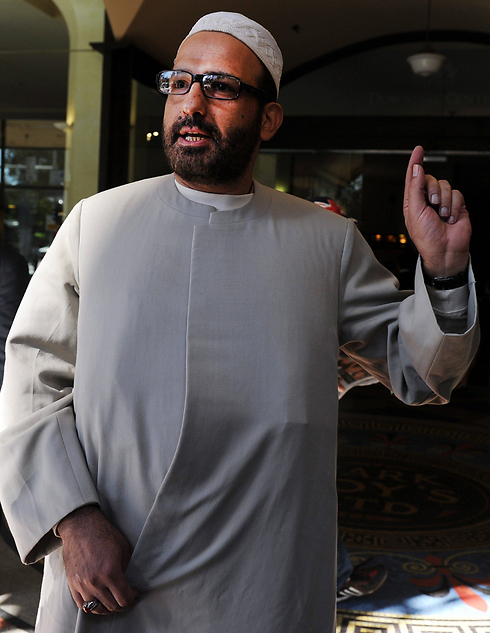 But something went awry and several of the hostages were able to escape, raising the wrath of the Iranian refugee and posing a threat to the remaining hostages.

It remains unclear whether Monis shot one of the hostages, or threatened to do so, and whether the threat may have been the cause of the special unit to storm into the building from several entrances at the same time, while using numerous flash grenades, stun grenades and live fire. 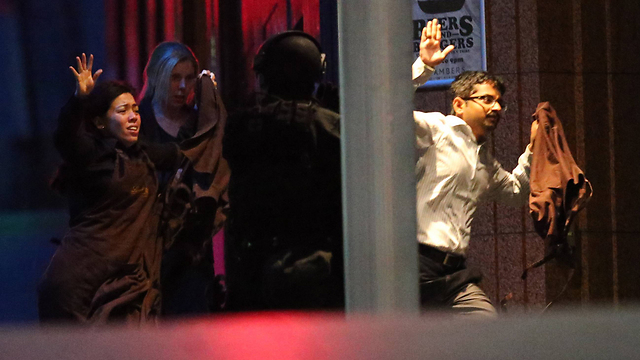 The flash grenades, which let out short and intense flashes of light, were supposed to allow the force, equipped with special goggles, to see the terrorist while he would have a hard time seeing them.

The special force is also said to have used tiny cameras that were dropped into the cafe to see what was happening inside. As the special force stormed in, they helped the other hostages escape. 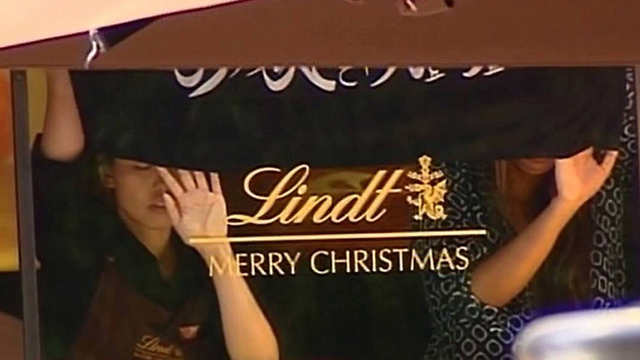 Hostages forced to hold up Islamic sign in Sydney. (Photo: AFP)
At the moment, three have been reported dead - including the terrorist - and four wounded. It is possible one of the hostages was killed from Special Forces fire when they shot at the terrorist. Australia's counter-terror units enjoy cooperation and consultation with their Israeli counterparts, mostly from the Israeli police and the IDF's counter-terrorism units. In the absence of additional information, it could be assumed that this operation, the first of its kind on Australian soil in many years, had gone as planned, more or less, even though it is likely there were failures and mistakes, especially in a peaceful country like Australia.

Calling himself a man of religion

The incident can be seen as an attack affected by the current climate of radical Islam compounded by the Islamic State, and an act committed by a lone terrorist.

Man Haron Monis was an older man, and this fact already made him stand out compared to the common profile of jihadist terrorists - but the likes of Monis still exist. He has a violent criminal past and present. He is known to the police in Australia and previous reports portrayed him as "weird." 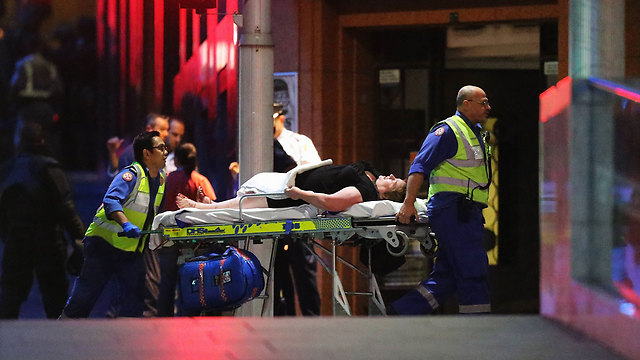 What adds to the confusion is the fact that in photos of him in the press, he is dressed like a typical Iranian Shi'ite Imam, but during the attack he requested for the flag of the Islamic State - a distinctly Sunni jihadist organization.

He called himself a man of religion, but he actually had no religious education or a religious title from any known institution. On the other hand, he had followers. According to his life story and adventures reported in the Australian media, it appears the man was a radical Muslim suffering from mental problems - the writing was on the wall in his case. He had previously sent offensive hateful letters to families of Australian soldiers killed in Afghanistan and Iraq as part of the Western coalition who fought radical Islam there.

Australia's involvement with the Western coalition has led several dozens of Australian Muslims - somewhere between 60-100 - to actively participate in the fighting currently happening in Syria and Iraq, whether as part of Jabhat al-Nusra, that acts on behalf of al-Qaeda, or as part of the Islamic State.

The Islamic State recently called for attacks in Australia over preventive actions taken against radical Muslims suspected of terror activity in Sydney and Melbourne - the two largest cities in the continent.

Muslims in Australia and the ISIS spirit

There is a large Muslim community in Australia - some 500,000 out of 23 million residents are Muslim. The early wave of Muslim immigration came from Lebanon and it was not too long ago when New South Wales had a Lebanese Christian governor.

The Shi'ites and Sunnis who emigrated from Lebanon continued their sect fighting in Sydney by forming crime gangs, and also threatened Jewish institutions outside of Sydney.

The second wave of Muslim immigration arrived from Afghanistan and Indonesia. The first Muslim terror infrastructure was discovered in Sydney in 2005 and a few other terror cells have been exposed since.

The Islamic State's campaign to form a caliphate gave Islamist terror in the continent another push. Among those who went to fight in Syria was Khaled Sharrouf, a small-time criminal of Lebanese descent who suffered from mental issues and was arrested on suspicion of terror activity in 2009. When he was released, he uprooted his family and left Australia to fight in Syria. Recently, he joined the Islamic State and even posted a photo of his 7-year-old son holding a severed head of a Syrian soldier. Sharrouf put the Islamic State at the top of the Australian government's priorities, and there is no doubt his actions played a role in Australian Prime Minister Tony Abott sending fighter jets to help the fight against jihad and aid those hurt by the Islamic State.  Australia's heightened role in the fight against the Islamic State likely created the climate that gave Man Haron Monis the final push to act. The Islamic State called on its supporters to commit terror attacks against the Western world on Christmas Eve and the Imam, on his own volition, obeyed. He did not belong to the Islamic State but he wanted to be recognized as part of the organization and that is why he asked that an Islamic State flag be brought to him at the cafe.

This points to the real danger the Islamic State poses: It's not its military force that needs to keep us awake at night, it's the radical brutal Islamist inspiration it gives Muslims, especially young ones, across the globe.

The cruel demon the Islamic State unleashed from the bottle with its YouTube videos promises young people across the world power, respect, money and sex - and they come en mass. The Islamic State's goal is to set its roots deep in the West, including Europe and North America, and then take over, with Australia being a part of that Western world.