Report reveals majority of Israelis cannot get through the month

About 80% of Israeli households spend more than they earn; 2014 State of Nation report unveils grim statistics in economy, housing, health, and education sectors.

About 80% of Israeli households are spending more than they earn and the average Israeli family cannot get through the month – new statistics unveiled in the 2014 State of the Nation report by the Taub Center for Social Policy Studies revealed on Wednesday. The report refers to data collected in 2011, and the research conducted by economist Eitan Regev shed light on the fact that that the average household income in Israel was lower than the average expenditure – NIS 19,653 monthly income compared to NIS 20,596 monthly expenditure. 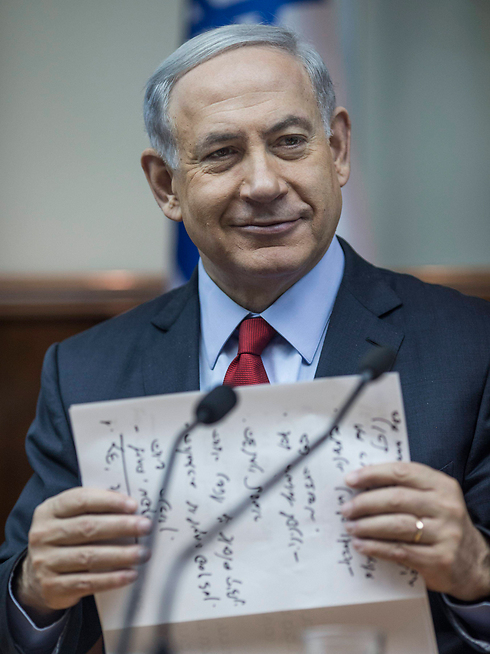 Netanyahu has yet to respond to dismal statistics unveiled by Taub Center State of Nation report. (Photo: EPA)

Looking at the numbers

The monthly expenses of the average Israeli household – including consumption, tax payments, saving and mortgage repayment – are NIS 1000 higher than monthly incomes, which include gross wages, value of housing and vehicles, allowances, subsidies and revenue funds.

What is worrisome about this statistic is that the national overdraft does not reflect the state of a certain economic class or a particular sector. Except for 20% of the nation with the highest income, all Israeli households are spending more than they earn.

The phenomenon is widespread in all sectors, but not equally.

The gap for non-religious Jews between income and expenditure is NIS 864 per month, for Arab-Christians it is NIS 671 per month, and for Arab-Muslims there is a NIS 1,919 average monthly gap.

What causes the gap and how are families able to survive?

According to the report, the gap can be attributed to the sharp increase in the volume of debts to banks for housing purchases. In the last 10 years, the reports shows, the volume of household debt for mortgages increased from NIS 180 billion to NIS 280 billion. The share of debt for the purchase of homes compared to other household debts rose from 67% to 70.5% in the past five years.

“High housing prices are probably the main reason for the average Israeli family not making ends meet,” the researcher pointed out.

According to the report, the gap between income and expenditure cannot be explained by the majority of homes not reporting their income. It is more likely that the households are utilizing savings they previously accumulated or their parent’s savings in order to meet monthly payments.

“If this is in fact the situation,” the researcher stated, “it means that the flow of savings, which was positive in the past, has turned into something negative. That is to say, fiscal savings of the average household in Israel are dwindling.”

When it pertains to the Haredi community, there is the temptation to explain the large gap, NIS 3,209 per month, by attributing the statistic to unreported income. However, the report by the Taub Center offers a different explanation, which is that the Haredi community relies on charitable enterprises and associations as a source of credit.

According to the researcher, these institutions are not only used as a source of contributions, but also provide loans at 0% interest which are used by the Haredi community to primarily purchase homes.

According to the statistics, housing purchases (for living and for investment) are the main factor leading to the gap between expenditure and income in the Haredi sector.

In the past few years, the demand for self-owned housing has grown among the ultra-Orthodox, either as residence for young couples or as a source of income - a result of deep cuts in benefits since 2003.

Yet, interestingly enough, the increase in expenditure is not attested to the rising price of housing.

According to the report, the average price housing for secular Jews rose by 34.3% since 2003, while the average housing prices in the Haredi sector only rose by 6.2% in the same time frame – whose housing purchasing prices were lower than the secular sector from the beginning.

Therefore, the increase in expenditure noted in the Haredi community cannot be attributed to the rising prices of housing but rather the fact that more and more Haredi households are purchasing homes as an investment.

In many cases the funding comes from overseas aid from benefit societies, private donors or relatives – which can be learned from the increase rise in housing demand in the Haredi sector in the US during the US financial crisis. Subsequently, in recent years, the ultra-Orthodox have increased the scope of their debts to banks significantly.

According to the researcher, the amount of debt the Haredi sector owes to banks and other lenders have reached worrisome levels in the past few years.

“A similar phenomenon was detected in the US in 2007, on the eve of the big mortgage crisis,” noted the researcher.

“These cases are seemingly different, because many of the mortgages issued in the US did not require any equity capital, while those seeking mortgages in Israel need an equity capital of at least 30% of the apartment’s worth.

However, many Haredi households have the option to borrow funds from charitable institutions and use the funds as equity to receive a mortgage. In other words, the total household loans the Haredi community receives for the purchase of a house can reach 100% of the price – as was the case in the US.

The report also shed light on income statistics for senior citizens, and research professors Haya Stier and Chaim Bleich described a problematic reality in several areas: one out of every six elderly homes is below the poverty line; the benefits for the elderly are low and continuing to diminish, and budget aid offered by the state is underutilized and often wasted.

When dividing population groups, it is revealed that the poverty rate among elderly Arabs is the highest: Almost 60% of elderly Arabs are under the poverty line, compared to 18% of immigrants from the Soviet Union and 11% of elderly Jewish-Israelis who were born in Israel or immigrated to Israel before 1990.

It was also discovered that living arrangements, especially among the population of citizens completely dependent on state benefits, affect the chances of elderly citizens ending up under the poverty line.

Elderly citizens who are homeowners have higher odds of ending up under the poverty line compared to the chances of elderly who live on property belonging to extended family – households headed by young people of working age.

Researcher Sagit Vasari-Wiesel and Prof. Stier examined the welfare and budget allocated to senior citizens in Israel and found that the total budget allocated to the elderly rose from 19.8 billion shekels in 2005 to 25.9 billion shekels in 2012. But when examining the various programs of assistance they found that certain funds were eroding – such as housing assistance funds.

Investment in health continues to decline

The Taub center report also examined the Israeli public health system and found that it has a budget gap and a lack of doctors – especially young doctors. The rate of doctors under 35-years-old decreased in the last three decades by 60%, and the amount of doctors passed the age of 65 rose by 95%.

The significance of the trend is clear: there are not enough doctors entering the system, and those that are in the system are getting older.

Another issue studied in the report was public expenditure on health services in Israel relative to the Gross Domestic Product (GDP). In Israel, GDP is declining, and stretching further away from Western standards.

In 1995, when the entry of the National Health Insurance Law came into force, Israel, the US and OECD countries dedicated between 5-6% of GDP on public medical services. In 2011, the US spent more than 7%, OECD countries spent almost 7%, and during that time Israel spent less than 5% of its GDP.

In relation to its resources, Israel dedicates the least amount possible, which continually decreases, to fund the public health system,” wrote the researchers. This results in an increase in private funding for healthcare services, coming straight from the pockets of citizens.

Professor Chernichovsky, and the director of the Taub Center’s policy Liora Bowers, indicated that the health committee in charge of expanding the annual health budget allocates half of the budget – which stands at NIS 300 million – to cancer medication. In comparison, the committee allocates a small portion of the budget to orthopedic problems and mental health issues which represent a significant amount of medical costs.

The Taub report also included a section on education and examined the integration of Jews and Arabs in the education system in Israel. According to the data, between 2003 and 2013 there was a rise in the amount of students in mixed schools by 59% (from 68 thousand in 2003 to 109 thousand in 2013).

Most of the increases recorded were found up until 2008, after which the number of students stabilized.

The significant increase in the amount of students enrolled in mixed schools was noted in middle schools and high schools (52% in 2003 compared to 58% in 2011).

The report also examined the distribution of 355 institutions in which Jews and Arabs learn together. The data shows that within the mixed schools in the Israeli education system, the amount of Arab students is low.

Five schools had a 51-75% presence of Arab students, including the bilingual school in Jerusalem that was the victim of an arson attack by the Jewish extreme right-wing group Lehava a few weeks ago. In 3 other Jewish-Arab schools, the Arab representation stands at 75%.

An examination of the socio-economic status of the communities in which the mixed schools are located reveals that the Jewish-Arab institutions are more common in communities of the upper middle class.

In lower class communities, most of them either Arab or ultra-Orthodox communities, not even one mixed Arab-Israeli school was found.

The report also examines reducing the gaps between Arab education and Jewish education in Israel. The data shows that the use of additional funds for the education system between 2005 and 2013 was differential - only slightly compensating for the ongoing discrimination.

In primary education, the budget per class was larger for the Arab education system in 2005, but the budget per student was significantly lower – the reason being that the average class size in Arab schools was much larger.

“These statistics should be viewed taking into consideration the demographics changes in the population of high school students during this period,” said the researchers. The number of Jewish students enrolled in public schools (a population group that has a high percentage of students who take matriculation tests) and Orthodox public schools decreased between 2007 and 2012 by 3,000 students. In comparison, the number of Orthodox students in 12th grade (the majority of who do not take 5 units of mathematic matriculation exams) increased by 4,500 students during the same period.