Israel reached deal to allow group of Gaza children whose parents were killed in war with IDF to visit Israel, but at the last minute Hamas prevented event, calling it attempt to 'brainwash' kids.

A group of 37 orphans from Gaza Strip were prevented from crossing into Israel Sunday after Hamas backtracked from a deal reached to allow the kids to tour the Jewish state, saying the tour was an attempt to "brainwash" the kids. The indicent took place amid claims of clashes along the border between the IDF and Palestinains.

The group, comprised of children aged 5 to 12 whose fathers were killed in the 50-day summer war between Hamas and Israel, were all ready to go at the border crossing with Israel when Hamas rescinded its initial agreement to the visit. 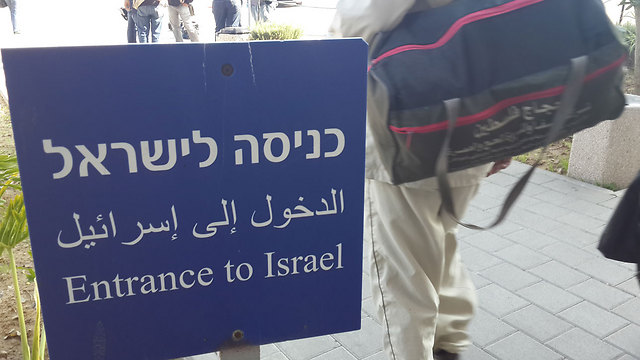 Erez Crossing (Photo: Roee Idan)
The children, some of them with families with strong links to Hamas, had been cleared to go on the special visit by the IDF over a week ago and were set to visit an Israeli safari, tour the Bediun town of Rahat, and even meet Palestinian President Abbas in Ramallah. They were also scheduled to tour the Israeli communities which live near the Gaza border.

Eyad Bozum, a spokesman for Hamas, said the children were prevented from traveling Sunday to "protect the culture of our children and our people" from normalizing relations with Israel.

He says Hamas turned the children back when they arrived at a crossing into Israel. He says Hamas would make sure such an attempt "will never happen again."

The idea behind the visit was to show the children the other side of the conflict, and the initiative was led by Yoel Marshak, from the Kibbutz Movement. 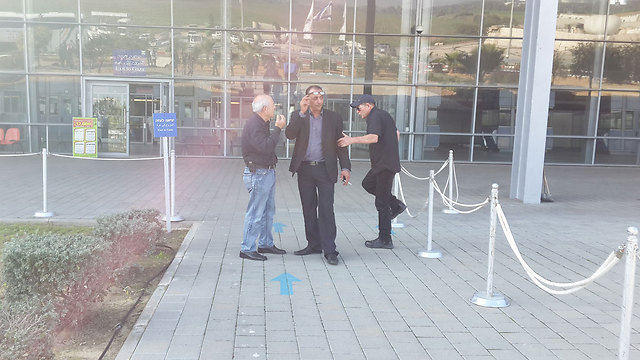 He waited for hours Sunday morning for the children to cross together with representatives of Israel's Bedouin community, who also took part in putting the event together.

"We did everything we could to allow them to enter Israel," Marshak said, standing over a table full of candies the organizers had brought the kids. "We passed on their names to the relevant state bodies and they were all okayed. This is a very rare step on Israel's side, but sadly it was Hamas' men at the crossing that created issues."

According to Marshak, "Arab media is very angry with Hamas, there were a lot of people waiting to meet these kids, we received a lot of support and help. We will continue to work, mostly at the diplomatic level, to allow them to come. If not today, then in the future."

In response to the report, Hamas said that it rejects any kind of normalization with Israel, saying "these types of encounters are Israeli attempts to brainwash the children so that they forgot the Palestinian issue and give up their principles."