Israeli's spend about 50% of their free time on the Internet
Photo: Shutterstock

Israelis spend about 50% of their free time on the Internet and approximately 70% of Israelis have a family WhatsApp group, according to a survey published Sunday by Israel's largest telecommunications group, Bezeq.

The survey also found that 32% of Israelis met partners through the Internet in 2014.

According to the Bezeq figures for 2014, Israel had two million Internet subscribers (excluding cellular subscribers) and around 5.6 million Web users in the past year. The average bandwidth in use in Israel is 40MB, and the average home surfer downloads approximately 2GB of data per day.

Every Israeli household, the survey shows, has an average of five devices connected to the Internet - at the same time, and some 45% of Israelis use cloud services to back up photos and video clips. 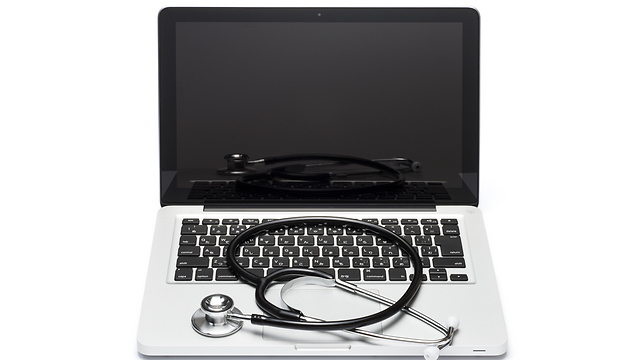 Most Israelis look up symptoms on internet before going to the doctor (Photo: Shutterstock)

Around 45% of the respondents said they spend more than five hours a day on the Internet on average, while 63% noted that the computer had become their main platform for watching movies and TV shows (as opposed to the television or smartphone).

Where are politicians being followed?

Around one-third of the respondents said they kept track of the country's politicians via the various social networks, with just 20% citing the television or newspapers as their preference.

The medical world, too, has been influenced by the increase in Internet usage, with 56 of the respondents noting that they go to see a doctor with a complaint only after reading about it on the Web.

According to Bezeq CEO Stella Handler, "When it comes to areas such as medicine, e-commerce and data protection, Israel still has room to grow.

"This is a major challenge for all of us – on the one hand, for the commercial companies and the government, which need to provide the necessary tools and platforms and encourage investment in infrastructure; and on the other hand, for the consumers, who need to take advantage of the innovation in an intelligent manner."