Andrei Pshenichnikov returns to Israel after imprisonment for illegally crossing into Egypt; formerly suspected of espionage.

Andrei Pshenichnikov,  26, an Israeli imprisoned two years ago in Egypt after attempting to enter that country illegally, was released Saturday and brought to Israel.

The courthouse in Nuweiba sentenced Pshenichnikov to two years in prison in February 2013. He was initially suspected of photographing security facilities and other sensitive sites in Taba in Egypt's Sinai. Egyptian sources reported that he confessed to belonging to Palestinian organizations in Gaza and the West Bank. 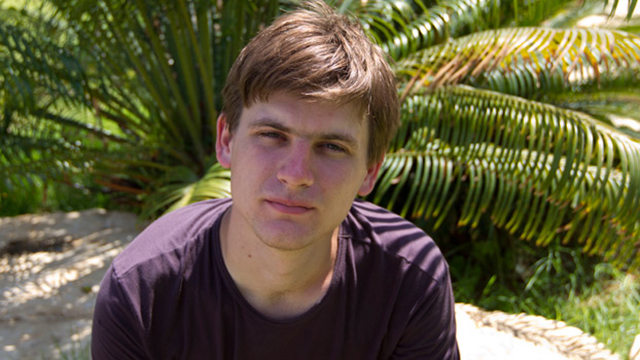 Local Egyptian security sources meanwhile reported on an "entry for the purpose of completing a dangerous mission in the service of one of Israel's security agencies."

Andrei's friend Lizi has joined him in Eilat, and said: "He crossed the border at 4:30 PM and we realized he had been questioned. He saw him and only had time to say hello. He looked great. The Egyptians resisted in every possible way through the whole process, and we wanted to say thank you for those who helped us."

Pshenichnikov arrived from Tajikistan 11 years ago, served in the IDF, and enlisted for permanent service. His mother said he had previously lived near a refugee camp in the Bethlehem area and wanted to prove that Israelis and Arabs could live together. "He fights for peace – an activist for peace between Israelis and Palestinians."

Pshenichnikov's mothera, told Ynet two years ago: "He was planning to meet up with some friends of his in Cairo after coming back from France about a month ago. He eventually got his visa from Egypt and a week ago went to Eilat and tried to cross the border to Egypt legally.

"The police there arrested him, claiming that he was trying to cross the border illegally. He was tried in Eilat and was told he could be released if he signed a document by which he vowed not to go to Egypt. He refused, so they took both his Russian and his Israeli passports and let him go."

According to Pshenichnikov's mother, he was then planning to stay in Eilat, but the next day called her and told her that he was detained in Taba.