Ahead of Israel concert next month, British musician talks about Israeli audiences, working with the Beatles and Pink Floyd, why he doesn't mind playing the hits, and how music is less real now.

Alan Parsons spent 1968 in London with The Beatles, working as a 19-year-old technical assistant on the production of the monumental Abbey Road record.

It's hard to imagine a better start to a career as an audio engineer, record producer, songwriter and musician like Parsons, but then one recalls that he played a significant role three years later in the production of Pink Floyd's masterpiece, "The Dark Side of the Moon" – and that's when Parsons' career moved squarely into the light.

Parsons will be in Israel on February 10, at Tel Aviv's Menora Mivtachim Arena, and his project will include several iconic numbers – the inevitable "Eye in the Sky," the touching and melancholy "Old and Wise," and the heavenly "Don't Answer Me." He's been here before, in 2010; but this time, he's gone for a bigger show. 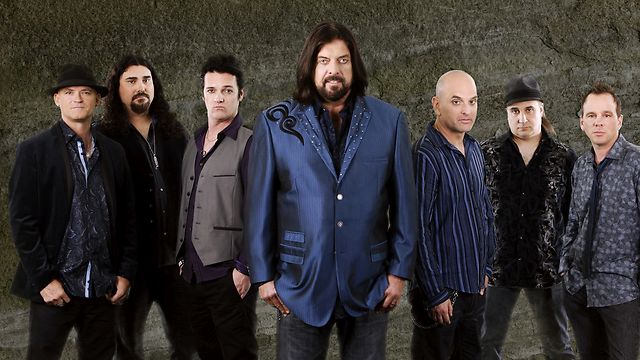 Alan Parsons with his band members

"We had a great time with the Israeli audience," he recalls. "They're people who appreciate good music and participate fully in the show. It's a pleasant surprise when you're asked to return to the same place, and I've heard the Arena is a really fun place to play, so I'm really looking forward to it very much. Aside from that, I can't wait to see your beaches from up close again too."

It's quite chilly in February though.

"Well, compared to countries in Europe, and as far as I've seen, the temperatures are very moderate. Don't dampen my optimism."

I'll continue in the same vein and warn you that the Israeli audience likes hits.

"I have no problem with that either. As someone who belongs to the genre of classic rock music, I certainly understand this preference. I think one needs to give the audience one's good material that they like, and not try only to teach them to listen to the new material. Naturally I also like to perform my fresher material, but not at the expense of any hit. Both the audience and I fall in line with the radio in the end. We approach the stations with the new material; but the next day, they go back to 'Eye in the Sky,' so obviously I'll continue to offer these songs to those who came to see me and listen."

Do you sometimes get tired of singing any of the hits?

"I don't have that problem. After all, they make up the climax of the show. Wherever we go, the crowd goes wild when we sing 'Eye in the Sky,' and I always enjoy singing it again. I've never said to myself: I don't feel like doing it today."

"In all honesty, no. You have to remember that I come from the generation that once relied on record sales; and when I worked behind the scenes in studios, this industry was at its peak. It was my bread and butter. When I moved to the forefront, onto the stage, it was a big challenge. In the current musical climate, the shows have become my bread and butter. So why should I tire of singing this or the other song? Unfortunately, the record industry is full of more and more hungry people. It's not headed in a good direction."

Critics raised an eyebrow or two when Parson decided to move away from the consoles in the recording studios and into the limelight. Looking back now, some 40 years down the line, he believes he made the right decision. "With all due respect, most of the studio technicians, including excellent professionals, will never be famous and never be rich. I think my decision stemmed also from commercial motives, as well as my belief that I know how to make music."

"Why not? Working with The Beatles was of course an amazing experience, as was working alongside a producer like George Martin and the chief audio engineer, Geoff Emerick, who I learned a lot from. The album was recorded very quickly, in something like eight weeks, which was definitely quick as far as The Beatles were concerned. I enjoyed every second and I also got paid for working with the biggest band of all time."

Working with Pink Floyd, too, isn't something to keep off your resume.

"When it came to 'The Dark Side of the Moon,' I had a more significant job, and I'm very proud of it because it shaped sound techniques in the years to follow. As hard as it is to believe, we didn't do anything digitally. It was all mechanical. It was a fantastic experience, and here I am, 40 years later, still talking about it. I must have been in the right place."

Has the ease of making a recording today made music better?

"It's definitely a technological advancement, but it has also made music a lot less real than before. People tend naturally to work more on the computer side of things and to somewhat forget about the music in the end."

I assume you've been offered the role of mentor or judge on a musical reality show. We haven't seen you on one though.

"Musical reality shows are the worst thing that has happened to music since the beginning of the millennium. It's very cheesy, not real. It's more about sensationalism and less about a belief in what they are doing. I don't like it. I think it's all fake. Simon Cowell clearly knows his job, and I even tried to watch X-Factor a few times."

And what did you think?

"That it's the worst television I've ever seen."