The forces of darkness are winning

Op-ed: Jihadi extremism is becoming more powerful and the free world is simply not coping; the far-right is not the answer, but neither is surrender. 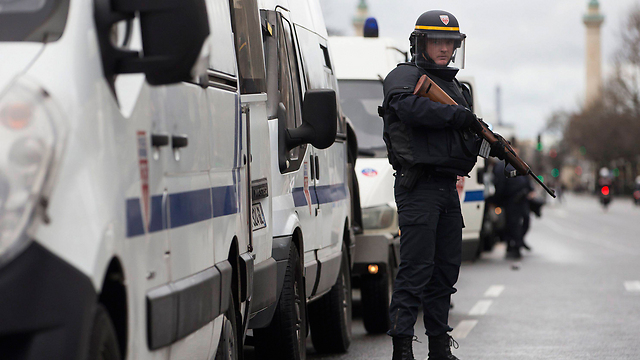 Jihad extremism has become much more powerful. Islamization has moved up a notch. Thousands have left Western countries to become murderers in the service of Jihad. In 2013 alone, close to 18 thousand people were killed in Jihadist terror attacks – an increase of 60 percent in relation to 2012. In 2014, the number of victims will exceed 30,000.

On Wednesday, at the same time the attack in Paris took place, there were other attacks in Yemen, Nigeria, Syria and Iraq. It's not only that the free world isn't coping and hasn’t found a way to cope with the monster; it's losing the battle as well. The monster is becoming far more powerful.

Most of the victims are Muslims, but the monster is also nestling among the Muslim communities in the West. The perpetrators of the large-scale terror attacks in the West in the past, too, were successful young individuals who grew up primarily in the West – and not the deprived and oppressed and down-trodden of this world. They were young, brainwashed individuals filled with nothing but hatred. The only difference is that we were dealing back then with individuals; today, we're talking about hundreds of thousands.

No, we're not dealing with the majority of Muslims, of course not. But there's no need for a majority. The problem is that the surveys reveal only a quarter of the truth; direct support for terrorism is not widespread. The problem is that the support for applying Sharia law in the free world, including by force, is much higher. We're no longer talking about a small percentage.

There are large differences from survey to survey, but the average is already up there in the dozens – and higher among young people than among adults. This means that millions of Muslims in the free world, and the young in particular, support the primary objective of the Jihad – the establishment of Islamic caliphates.

The free world's response has been a faint-hearted one. Surrender. An industry of justifications. The Muslims bear no responsibility for what is happening to them, or so the free world believes – not in the Muslim states and not in the Muslim communities of Paris, London or Stockholm. After all, they are the poor souls. They live under oppression and discrimination.

This isn't political correctness; it's the Stockholm syndrome. Justification of the aggressor. Entire departments in the humanities and social sciences faculties of universities in the free have become addicted to the post-colonial school of thought, which, in essence, points the finger of blame at the West, the United States, Zionism.

Thousands took to the streets last summer to support Hamas, a Jihadist organization whose leaders speak openly about the fact that the objective is not an end to the Zionist occupation, but an Islamist conquest of the entire free world. And thousands of academics and journalists have climbed on the bandwagon. They believe their own nonsense. The spirit of Edward Said, the father of this school of thought, holds sway over them just like the Prophet Mohammed holds sway over the Jihadists. 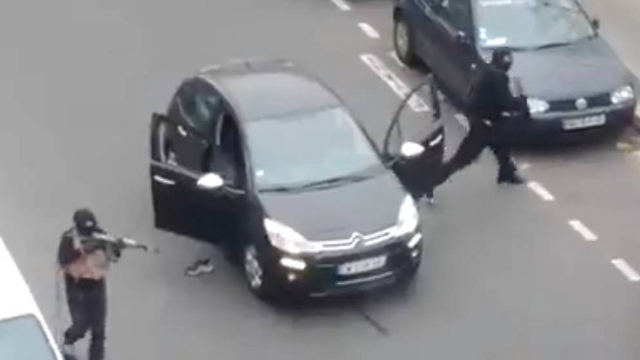 When decent Muslims – and there are millions of them – have tried to warn of the danger posed by the extremists, they've been silenced. When Sunni Islam's highest religious authority, Sheikh Yusuf al-Qaradawi, was invited to London for an official visit, Muslims were the ones who warned then-mayor Ken Livingstone that the man is dangerous and encourages radicalization – but to no avail. Al-Qaradawi received the red-carpet treatment. France, by the way, wouldn’t let him in.

Al-Qaradawi was to be the guest of honor at a large Muslim convention in Europe. The French Muslim establishment, headed by Dalil Boubakeur, views al-Qaradawi as a spiritual leader. Now, Boubakeur is condemning the attack. Of course he's condemning it. But the condemnation is worthless as long as Boubakeur and others oppose any Muslim who dares to speak out against the funding from Qatar and the radicalization.

As part of the feeble response, one can assume that Boubakeur will remain a guest of honor on all the media channels in France. In French, he condemns; in Arabic, he wins funding from the biggest supporter of the dissemination of Wahhabism – Qatar. So does anyone seriously think there is a chance? 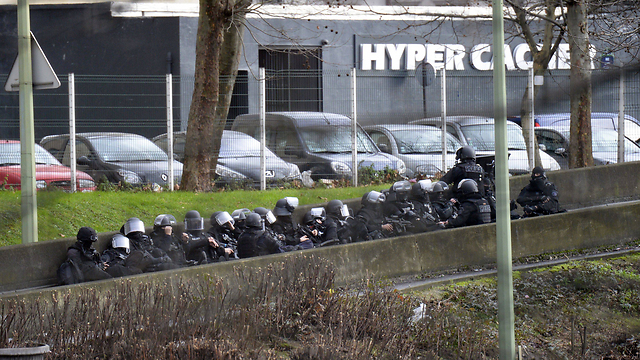 The attack in Paris, in the short term at least, strengthens the already widespread anti-Islamic sentiments in Europe. For months now, Marine Le Pen, leader of the Front National, has been the frontrunner in the race for the French presidency. In the last poll, conducted in September 2014, she won support from 32 percent of the population, leaving all the other candidates in her wake.

The situation in the Netherlands is a similar one. In terms of public support, the Party for Freedom, led by Geert Wilder, is neck-and-neck with the ruling party. And Germany, too, has started to witness demonstrations organized by PEGIDA (Patriotic Europeans Against the Islamization of the West) – and it remains to be seen whether these are justified protests against Islamization or racist protests against Muslims.

The answer to the free world's conciliatory faint-heartedness is not the far right. The problem is that the free world has been unable to find the right balance between a much more determined struggle against the Jihadists and their supporters and a downslide into racism against all Muslims.

And thus, a decade and a half after the large-scale terror attacks in the United States, the Jihad has become much stronger and radicalization has intensified. The terror attack in Paris isn't likely to change anything. There's no need to despair. What is needed is a painful reality check. If and when it happens, we may be able to speak then about some chance for change.