"I asked to recruit the world to the cause and to send a message to the moderate Arab world – the one that does not want Hezbollah to rear its head – to join the coalition against the Islamists. The option was available during Operation Protective Edge as well, but Netanyahu hesitated, stuttered, and spurned the opportunity to end the mission in a way that the whole world would agree to demilitarize Gaza," Livni said during a Ynet panel discussion. 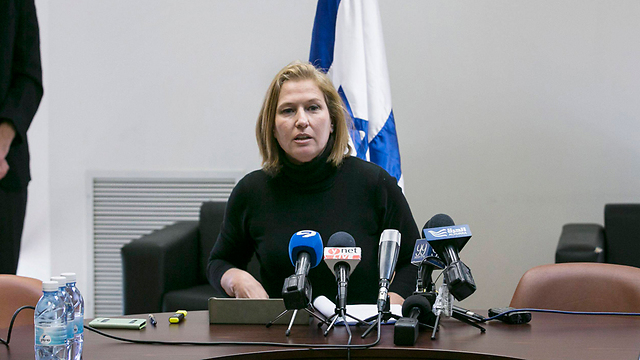 The large reinforcement forces called up to the northern front were expected to remain in the area for several days, and the military units in the sector also remained on high alert. The road leading to the village of Ghajar, where the incident occurred, will continue to be blocked to civilians who are not residents of Ghajar.

The IDF increased protective measures in the area and added concrete barriers near Ghahar.

Lebanese sources said Thursday morning that the attack was intended to hit a high-ranking IDF officer. According to the sources, the size of the convoy moving alongside the road gave the appearance that it included a senior officer and therefore the Hezbollah cell – which had about five members – decided to open fire. The Lebanese sources said that the operation was planned to be carried out earlier but was delayed because the Hezbollah militants did not find a target. Yesh Atid member Ofer Shelah said during the panel discussion: "Because both sides do not have an interest for escalation right now, (we) should hope that this round – if we refer to it this way – stops. But nothing has really calmed down. Israel must choose its means because the threat has not ended today. You deal with the capabilities of the enemy when you reach the conclusion that they have become an unbearable threat, you do not deal with it every time the enemy shows its ability. Israel has nothing to gain from the deterioration of the situation and an all-out escalation." Likud member Gila Gamliel also joined in on the panel discussion surrounding Wednesday's attack and said: "There was no choice but to take action. Hezbollah ran straight towards a tactical operation and hit two IDF soldiers unfortunately…Even if we were on the eve of elections, this move would have been necessary."