Assad and Hezbollah wage battles against rebels near Israel border.

Assad and Hezbollah are taking advantage of rebels' weakness

Analysis: While Syrian president and Iran-backed forces are indeed advancing towards Israeli-Syrian border, their inability to defeat rebels is preventing them from reaching their next goal – opening a front against Israel from Syria.

The onslaught being led by Syrian President Bashar Assad together with Hezbollah and Iranian forces south of Damascus, in the direction of Israel's border, is intended to relieve some of the rebel pressure on his embattled capital city.

For years, Assad has tried to uproot rebel strongholds and prevent the different Islamist rebel factions from uniting, especially the Nusra Front, which has planted itself firmly in the city of Daraa near the border between Jordan and the Syrian Golan Heights.

Northern Tensions
Should Israel favor containment or war?
Efraim Halevy
Analysis: Military conflict between Israel and Iran on Syrian soil will start off with favorable conditions for Israel. But Israel will also have to take Russia's stance into account and will require serious security and diplomatic American backing.
Should Israel favor containment or war?

As of now, Assad's army has failed at every one of its objectives: uprooting rebels from the suburbs of Damascus, cutting rebel supply lines and hitting the rebel strongholds in the Golan Heights hard. The Syrian army has tried – unsuccessfully – to take over the main road connecting Damascus and Daraa as well as the Syrian side of the Golan Heights no less than three times. 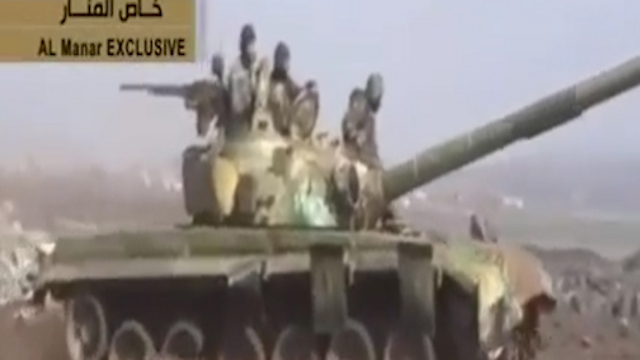 In one such attack, the regime forces were aided by professional Russian consultants who liaised with Iranians, but to no avail. Daraa remains a Nusra Front stronghold and different groups of Islamist rebels have taken over the Syrian Golan Heights across the border with Israel, and in the meantime are just expanding their control of the area.

This situation poses a real and immediate threat not only to the Assad regime that is already in control of one third of Syrian territory, but also endangers the positions of senior government officials and members of the Assad family. It is for this reason that Assad is taking advantage of the relative weakness of the rebels throughout Syria, in order to distance the Islamist rebels from Damascus and force them south and eastwards, and mainly in order to cut off the supply lines of equipment and food running through the Jordanian border to Daraa for the rebels in Damascus. 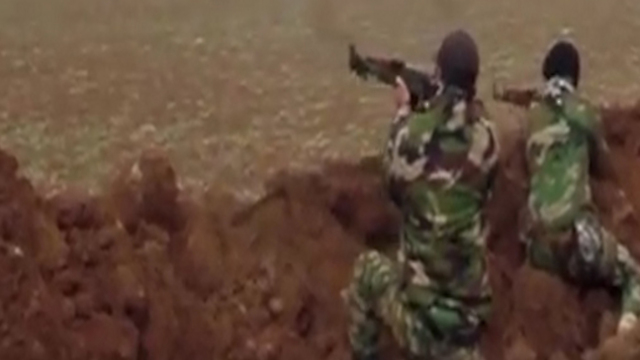 The rebels in Syria are now in a weak position as they are forced to dedicate most of their efforts to the welfare of the civilian population in villages of which they seized control, and whose residents are currently suffering from harsh winter conditions. Additionally, the Islamic State group is on the defensive due to the US-led coalition's air campaign against them and because of the successes claimed by Kurdish and Iraqi forces on the ground. In such a situation, Assad can coordinate efforts in the area south of Damascus and even send Hezbollah fighters and Iranian advisers to other important fronts, and move them to the offensive line concentrated south of the capital.

The Israeli angle in this story derives from the story the Syrians, Hezbollah and Iran are telling themselves. In their view, Israel established a “security zone” in the Syrian part of the Golan Heights through a compromise with Islamist rebels who took over the strip adjacent to the border with Israel. Hezbollah has claimed in its media outlets that Israel has essentially created a type of security strip, similar to the one it had in southern Lebanon. A number of Syrian commanders appeared on Syrian television channels and made similar statements.

This argument is far from the reality, but there is an ounce of truth to it. Defense Minister Moshe (Boogie) Ya'alon recently said in an interview with Haaretz that Israel is maintaining good relations with the more moderate organizations east of the security fence in the Golan Heights and even gives them humanitarian aid. It must be made clear that the same organizations considered moderate are not the South Lebanon Army (SLA), and the aid they receive from Israel is mostly humanitarian. 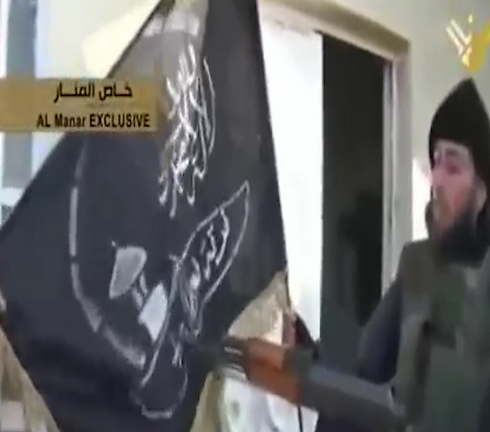 However, such claims serve the interests of Syrian propaganda and Iran and Hezbollah’s joint strategic plans, considering that Hezbollah is now interested in opening a front against Israel from the Syrian Golan Heights. Hezbollah also knows that if it works directly from the Lebanese border, it is risking a war with Israel, and neither the movement nor its Iranian patrons are interested in that now.

The strategic objectives, namely blocking the rebels' supply routes from Daraa to Damascus and occupying the Syrian Golan or dividing the rebels in the area, dictate the direction of attack for the regime and its collaborators. Syrian army troops and armored corps mainly operate on both sides of the road connecting between Daraa and Damascus, and they are pushing southwards towards Daraa and the border with Jordan.

Another effort is being made west of the Daraa-Damascus road, towards the direction of the border with Israel – mainly to seize control of surrounding area, from which it will be possible to bomb the rebel strongholds in the villages below and develop further attacks.

At present, the regime is not gaining substantial successes. Syrian fighters and Syrian armored corps have succeeded in overtaking parts of the Daraa-Damascus road and rebel strongholds on both sides and have also taken control of several villages in the Golan Heights. However, despite the direct involvement of Iranian consultants in the fighting, Daraa is still controlled by the Nusra Front and as such so are the border crossings and smuggling routes through which the Islamist insurgents are getting supplies from Jordan – all operating fully despite the limitations of the weather.

If the Syrian regime and the Iranian-backed Hezbollah forces succeed in taking over the entire Syrian Golan Heights from Nusra Front's grasp, the next strategic objective would be to build an infrastructure for another front against Israel. Right now we are not there yet.