Police issue photograph of suspect who likely attempted to assassinate Swedish cartoonist in Copenhagen cafe shooting which claimed the life of a civilian.

Denmark's prime minister, Helle Thorning-Schmidt, said the country was on high alert after a "terrorist attack" in Copenhagen that police said had been aimed at a controversial Swedish artist. "We feel certain now that it was a politically motivated attack, and thereby it was a terrorist attack," she told reporters close to the site of the shooting, in which one civilian was killed and three policemen were wounded. "We are on high alert all over the country." 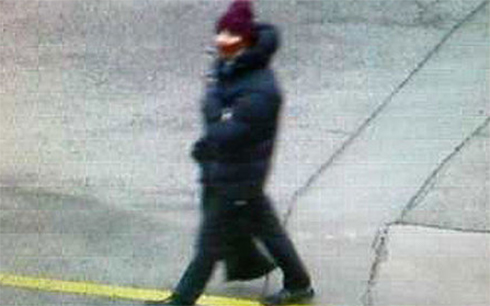 Photo of suspect released by police
Police said preliminary interviews with witnesses suggested there had been only one attacker, not two as they had previously stated, and issued a photograph of the suspect. After initially searching for two suspected gunmen, Copenhagen police said Saturday that "preliminary interviews indicate there was only one perpetrator." Denmark's security service called the shooting "a likely terror attack." Police released a blurred photograph of the suspect wearing dark clothes and a scarf covering part of his face. 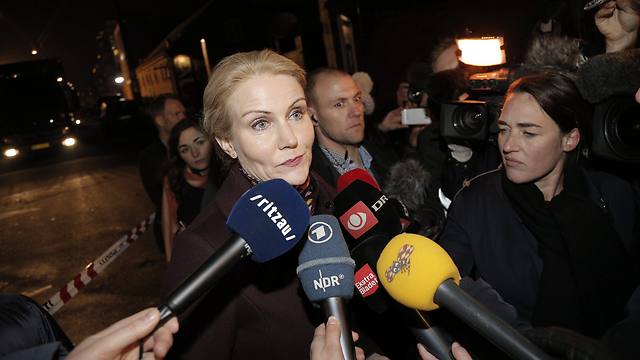 Danish PM Helle Thorning-Schmidt (Photo: EPA)
The suspect escaped in a vehicle that was later found abandoned. A police statement said they were looking for a "man, between 25 and 30, about 1.85 meters, athletic, of Arab appearance but with a lighter skin tone than average, with black hair. He was wearing a dark coat and gloves. He masked his face and carried a black rifle." A civilian in his forties was killed in the attack and three police officers were wounded. The terrorist was likely making an attempt on the life of Lars Vilks, a Swedish cartoonist who drew the Prophet Mohammad as a dog in 2007. "I am living under an ever-present threat," said Vilks when he arrived at the Copenhagen café with a guard in tow. Danish reports claimed the under-fire cartoonist hid in the cold storage room during the attack. French President Francois Hollande said on Saturday he had been informed of an attack in Copenhagen during a public meeting on freedom of expression attended by the French ambassador to Denmark. 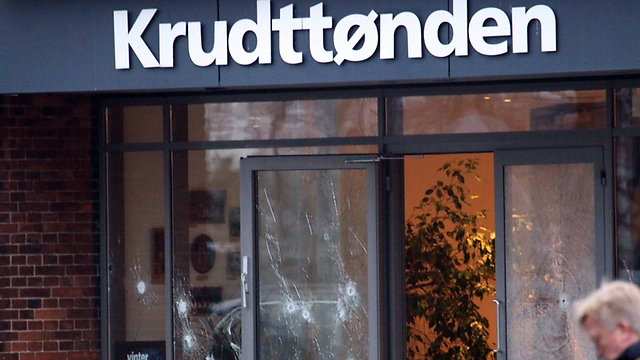 Ambassador Francois Zimeray was not hit by the gunshots, Hollande said in a statement, adding that several people may have been wounded and that Interior Minister Bernard Cazeneuve would go to Copenhagen as soon as possible. Hollande expressed his solidarity to Danish Prime Minister Helle Thorning-Schmidt, he said.

Ambassador Zimeray tweeted that he was "still alive in the room".

"They shot us from outside the building, it was the same intention as for Charlie Hebdo, except that they couldn't get in," French news agency AFP quoted him as saying.

Reuters, the Associated Press, and AFP contributed to this report.