Report: US cuts Israel out of Iran talks

White House denies Channel 2 report claiming US has stopped updating Israel about developments in nuclear negotiations with Iran in response to Netanyahu's planned Congress speech, after Boehner admits he failed to tell administration he had invited PM.

A Israeli report claims the US administration has stopped updating Israel about developments in nuclear negotiations between world power and Iran, allegedly in response to Prime Minister Netanyahu's decision to accept an invitation by Republicans to address Congress on the issue.

According to the report by Israel's Channel 2, US Undersecretary of State, Wendy Sherman, who is involved in the talks has announced she will no longer be updating Israelis about the talks. Susan Rice, US President Obama's National Security Advisor, has also reportedly announced she is cutting ties with her Israeli counterpart, Yossi Cohen, who serves as Netanyahu's National Security Advisor. 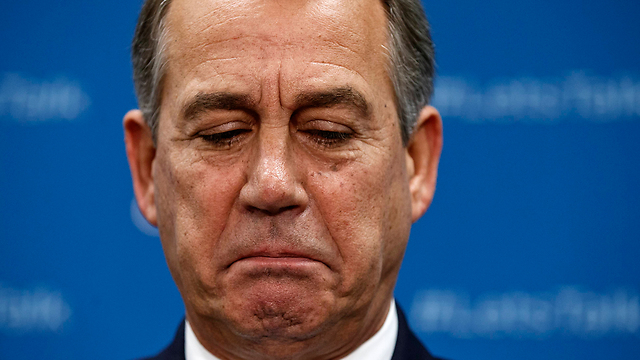 The State Department also denied any breakdown in communication between the Obama administration and Israel on the sensitive negotiations with Iran. "Secretary Kerry continues his conversations with Prime Minister Netanyahu about this issue, as has always been the case.

US House Speaker John Boehner says the White House might have tried to quash his plan to have Israeli prime minister speak to Congress if it had gotten wind of the invitation. That helps explain why Boehner made the offer to Prime Minister Benjamin Netanyahu without letting the White House know in advance. Netanyahu's speech is set for March 3.

Some Democrats plan to skip it because they consider it a divisive stunt and a breach of protocol that suggests the US is taking sides in coming Israeli elections. 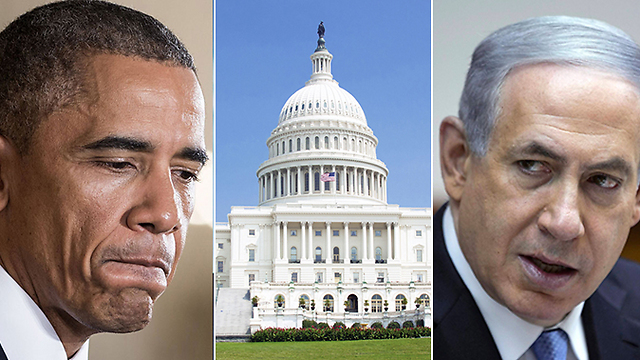 Photo: Reuters, AFP, Shutterstock
Boehner was asked by "Fox News Sunday" why he told Israel's ambassador to the United States not to mention the invitation to the White House in advance. Boehner says he "wanted to make sure that there was no interference." “There’s a serious threat facing the world," he told Fox News. "And I believe Prime Minister Netanyahu is the perfect person to deliver the message of how serious this threat is.” The statement makes clear that Boehner made the invitation without telling the Obama administration that he was in contact with Israeli ambassador to the US, Ron Dermer.

"There's no secret here in Washington about the animosity that this White House has for Prime Minister Netanyahu. I frankly didn't want them getting in the way and quashing what I thought was a real opportunity," he said.

The majority of Americans think Obama should meet with Netanyahu when the Israeli premier visits Washington next month to speak in front of joint session of Congress, according to a poll conducted by international internet-based market research firm YouGov and the Huffington Post.

In a survey of 1000 US adults interviewed from February 4-8, 2015, 49 percent said it was inappropriate for a member of Congress to invite a foreign leader to speak in the US without first consulting with the White House – 26 percent found that such an invite would be appropriate while 25 percent said they were unsure.

When the question specifically addressed the case of House Speaker Boehner inviting Netanyahu to address Congress without approval, and mention the White House calling the invitation a breach of protocol, 47 percent found the invitation inappropriate, 30 percent found it appropriate and 23 percent were unsure.