Gadi Eisenkot's term will be marked by uncertainty on all fronts
Photo: Motti Kimchi

Analysis: The likelihood of a war breaking out on more than one front during the 21st IDF chief of staff's term is much higher than during his predecessors' time in office.

In the Bahad 1 school for officers, from which Gadi Eisenkot graduated more than 30 years ago, cadets are repeatedly told that "the battlefield is the kingdom of uncertainty."

The term of the 21st IDF chief of staff, who steps Monday into Lieutenant-General Benny Gantz's boots, will be marked by uncertainty on both the external front and the domestic one.

There are only two things about which we can be almost completely certain: The likelihood of a war breaking out on more than one front during Eisenkot's term is much higher than during his predecessors' terms, and the window of opportunities for a peace agreement has been almost completely shut.

It's been many years since so many weights were placed on the risk side of the Middle Eastern scales and so little on the opportunity side. Hezbollah in Lebanon and in the Golan, global jihad sitting on the same fence, Hamas in Gaza and the Islamic State in Sinai.

The Military Intelligence Directorate believes that this will be an explosive year in the Palestinian arena as well, and we have yet to mention Iran, which is still pursuing a nuclear bomb while encouraging and funding the terror on the fences.

The new chief of staff will have to deal with this imbalance from his very first day in office. One of his most urgent missions will be to prepare a better army for war – and to do it with less manpower and less resources.

In the coming years, the IDF is expected to shrink considerably: The number of recruits has been reduced, the number of draft dodgers and exemptions has increased, the fighters' compulsory service will be cut short, the standing army has cut 4,500 positions, and the reserve system has cut thousands more. 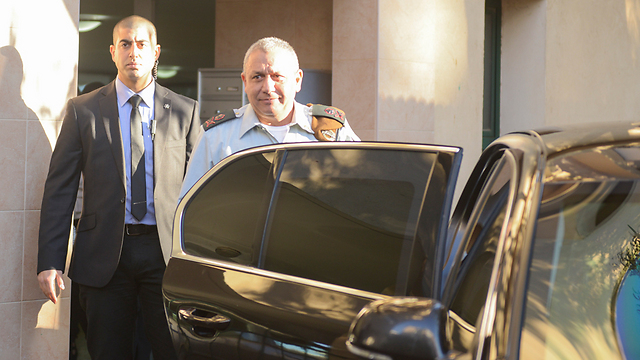 One of Eisenkot's most urgent missions will be to prepare a better army for war with less manpower and less resources (Photo: IDF Spokesperson's Office)

While facing demands for a defense budget cut, which will grow upon the new government's establishment, Eisenkot will have to create a perennial work plan for the IDF, which will prepare the forces for the changing threats in the different districts. The IDF hasn't had such a plan for four years now.

The new chief of staff is receiving a strong air force and advanced intelligence, but weak ground forces which have not been sufficiently trained and, most importantly, are insufficiently adjusted to the fighting arenas in the north and south. Hezbollah and Hamas have taken a significant leap forward, which is not really reflected in the training facilities in Tze'elim and Elyakim.

In the recent rounds of fighting the Israeli home front got used to paying a price, mainly in anxiety and a disrupted routine, but the northern threats could bring a new variable into the equation: Many casualties in the home front, including in central Israel. This will have a decisive impact on the way the next round is conducted – not only on the army and its leadership, but also on the interfaces between the IDF and the political echelon. One of Eisenkot's first missions, therefore, will be to restore the political echelon's confidence in the IDF and its abilities.

Most of the major decisions made in the past decade were forced on the IDF by the political echelon: From new submarines to the Iron Dome system, from the separation fence in Judea and Samaria to a fence in Sinai, not to mention Operation Protective Edge and the strike in Syria, which one can assume that not all of the IDF echelon approved of – if it was indeed carried out by Israel, as foreign sources claim.

Eisenkot will have to prove that he is serious about building the army while adjusting it to the threats on all the fronts. He will have to end the approach of the waiter who only serves the political echelon with the options, express stronger and clearer opinions and insist on them in the most professional way possible.

In the round which is still to come, the public will rightfully want to see better results, which will keep the next war as far away as possible.