Having already come out with an ice cream containing pieces of matzo and chocolate, Ben & Jerry's is now offering a charoset-flavored ice cream as a kosher-for-Passover dessert option over the upcoming Jewish holiday.

The ice cream, which comes in 500-gram containers (at a cost of NIS 20 and containing 231 calories per 100 grams), will be hard to find at the large retails chains, but will be on sale at private stores or available directly from the company's production plant in Yavne.

Charoseth, which appears on the Seder Plate at Passover, is a sweet paste made from fruit and nuts, which is meant to represent the mortar used by the Israelite slaves to make bricks during their bondage in Egypt. The Hebrew word "cheres" - the root of the word charoseth - means clay. 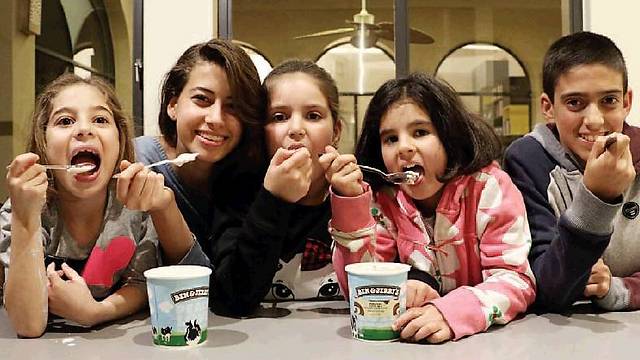 We put the ice cream through a taste test, with a group of 25 children, ages 7-18, coming back with an unequivocal response after trying the new flavor without being aware of its contents.

One spoonful was enough for them to say, "No good." Adults who tried the ice cream were slightly more positive: "It tastes ok at best," was the general response.

Neither the adults nor the children recognized that the ice cream contains a type of food they usually come across around the seder table on Passover.

When we asked them if they would like to end their Passover meals with a dessert of charoset-flavored ice cream, their responses left no room for doubt: "Thanks, but no thanks."