Former PM found guilty of accepting cash from US Jewish businessman for personal use; defense team: We will appeal, tapes used by prosecution had been manipulated by chronic liar.

Two years and a half after he walked free, and seven months after the case was reopened, Jerusalem District Court on Monday found former Prime Minister Ehud Olmert guilty in the so-called Talansky case, in which he was accused of accepting envelopes filled with money from American Jewish businessman Morris "Moshe" Talansky.

The case was reopened after Olmert's former bureau chief Shula Zaken handed over incriminating recordings as part of a plea bargain. The recordings appear to prove that Olmert used the money Talanksy gave him for personal use - contrary to what he claimed.

The ruling was handed down by judges Yaakov Saban and Moshe Sobel (who were on the panel that previously exonerated Olmert) and Rivka Friedman Feldman (who is replacing retired justice Moussia Arad). 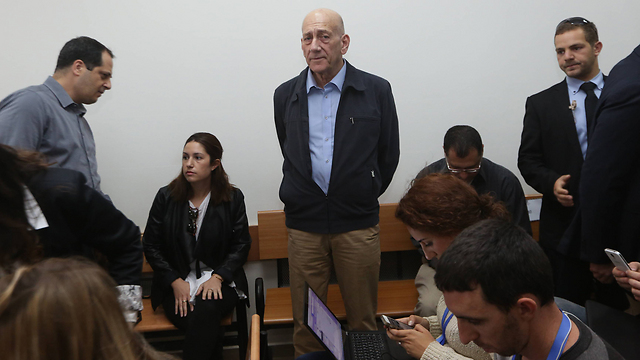 "Shula Zaken's diaries have relevant content, have real weight," the judges wrote in their ruling Monday morning. "On two occasions during this period, Zaken received money from these funds. This was an annual addition to her salary." They determined that the diaries and recordings were admissible as evidence.

"We regret and are disappointed with the verdict. The decision was taken despite the blatant lies by Shula Zaken in court, and the defense team proved unequivocally that Zaken edited, erased and reworked the tapes in a manipulative manner, and that the recordings were unreliable to say the least."

The team further said that, "The court erred when it chose to ignore her clear lies in court as well as the long list of statements from the courts over the years about her lack of credibility. We intend to appeal this erroneous decision by the court."

Olmert's lawyer Eyal Rosovsky said the former prime minister had not testified during the trial as, "We believed the material would prove insufficient to change the result."

Fellow defense attorney Eli Zohar said that, "political funds, funds held by public officials - have been through legislative reversals throughout time. At the time, while it was ongoing, this position was legitimate and correct. Now they view the same collective funds in a different manner to how they viewed them a year or two ago. This social evolution, and history will judge whether it is right or wrong."

The Supreme Court had still to rule on the prosecution's appeal against Olmert's previous exoneration. 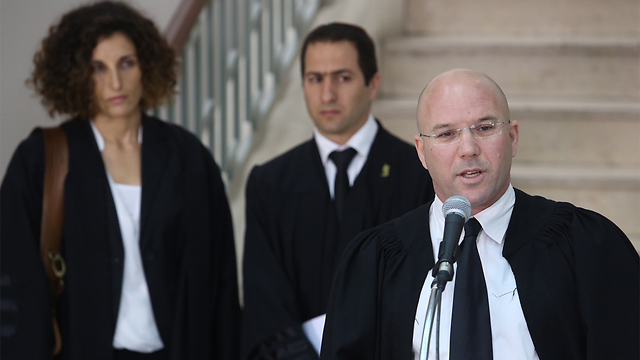 In the ruling, the judges said that the new evidence had now led them to believe that Olmert had misled the state comptroller about the existence of the money.

"The defendant had been required to declare this asset to the state comptroller. Failure to report it prevented an inspection and thus proves causal connection. His actions to convince Zaken to present the money as political funding indicate awareness," they wrote. 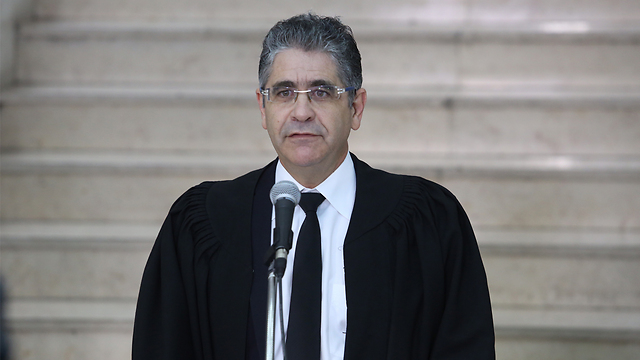 In her own opinion, Judge Feldman wrote that she agreed with the verdict, but noted, "There were enough factual findings in the original verdict to convict the defendant."

According to the indictment, Talansky gave Olmert hundreds of thousands of dollars, one hundred thousand of which was in envelopes, during his stints as mayor of Jerusalem and minister of trade and industry. In return, Olmert allegedly promoted Talansky's business interests ahead of others.

The charge sheet claimed that the money went into a secret fund managed by Olmert's associate Uri Messer.

Olmert has claimed he was on the brink of a historic agreement with the Palestinians when he was forced to resign in early 2009 over the corruption allegations. His departure cleared the way for hard-liner Benjamin Netanyahu's election. Peace efforts have been at a standstill ever since.