Prime Minister Netanyau and his wife Sara at Mimouna celebrations in Or Akiva
Photo: Elad Gershgoren

Netanyahu at Mimouna: We must strengthen the unity

Mimouna celebrations marking the end of the Passover holiday were held across Israel Saturday evening, despite the stormy weather that forced the cancellation of many of the traditional festivities.

Prime Minister Benjamin Netanyahu attended celebrations in Or Akiva and spoke about the need for unity: "Now that the dust of the elections has settled, we need to strenghen the unity of the people of Israel and that is what we will do." 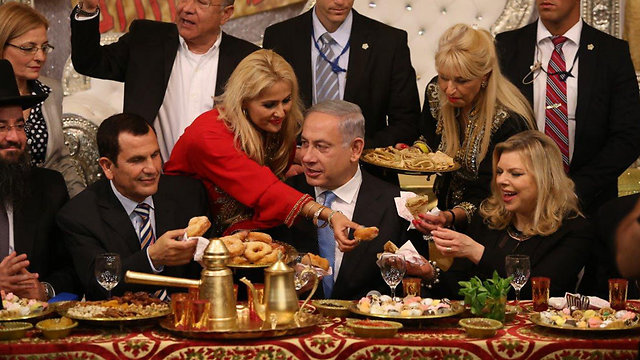 Prime Minister Netanyau and his wife Sara at Mimouna celebrations in Or Akiva (Photo: Elad Gershgoren)

Netanyahu, who took a trip around the country with his family during the holiday vacation, said that he was impressed by the developments that had taken place at many towns: "We are committed to continuing with the rapid and impressive economical development, but will also ensure that the process will be accompanied by lowering the cost of living and cost of housing.

"That is what we promised to do and it will be the first task of the government that I will form. And the third thing, which may as well be the first thing, is to ensure the security of the people." 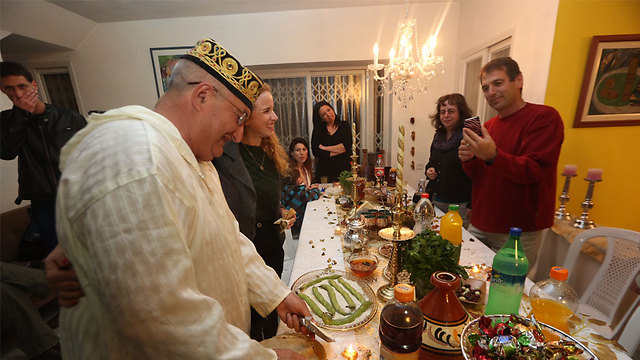 President Rivlin, who attended celebrations in Ashkelon, said: "I was here as a member of the Knesset and as Speaker of the Knesset, and I said last year that if I become president – I will come again. This holiday is characterized by an open door in its broadest sense. It is an open door introduced by our brothers and the community in Morocco.

"It is one of the traditions they brought to Israel and a holiday that has become an Israeli tradition. When the house is open and the heart is open, we are all brothers." 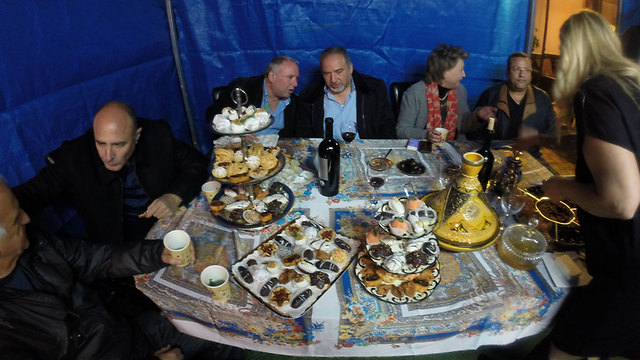 Former President Shimon Peres took part in celebrations at the Malka family in Tel Aviv, where he was the guest of honor. Peres gave his blessings to the hosts and guests, danced with the children and enjoyed an assortment of Moroccan sweets. Despite the rain, more than 200 guests arrived at the home of the Malka family to join in on the celebrations. 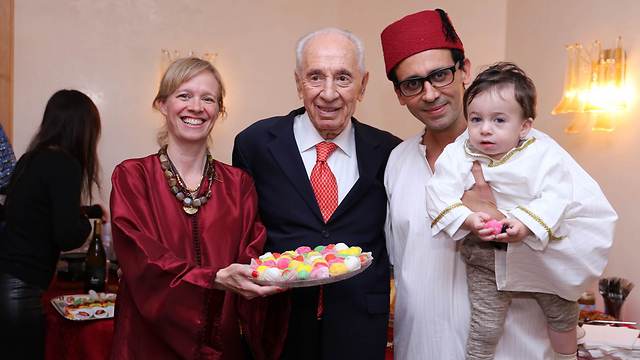 Zionist Union Chairman Isaac Herzog attended several Mimouna celebrations with his wife Michal, beginning at the home of the Asayag family in Jerusalem, and continuing on to the Peres family at Beit Shemesh and the Ben Saadun family in Modi'in. 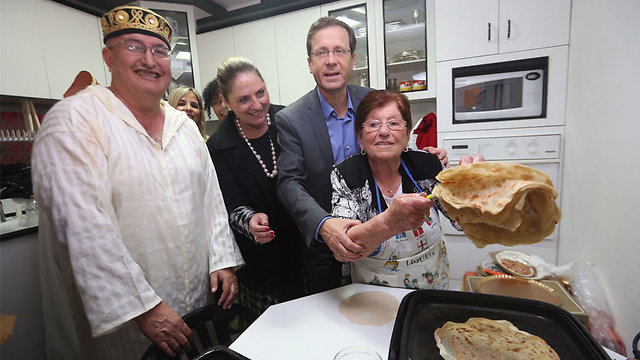 "The Mimouna is a wonderful tradition that involves a transition from holiness to the mundane," he said. "The rainfall surprised us this year, but no weather can put a damper on our joy. Tirbachu u’tis’adu (be blessed and have good luck) to all the celebrants, hosts and guests. 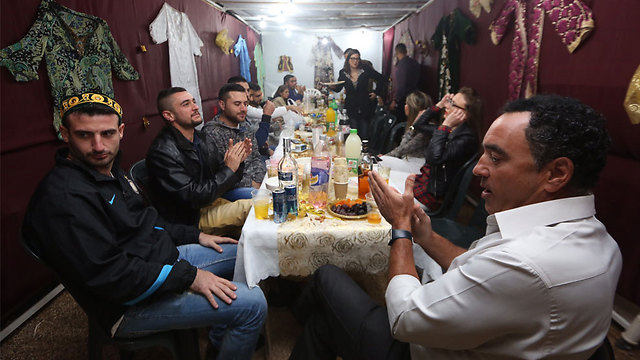 Yesh Atid Chairman Yair Lapid attended celebrations in Rehovot, Be'er Ya'akov and Yavne. "The Mimouna celebration is a wonderful tradition and I wish the people of Israel a happy holiday," he said. 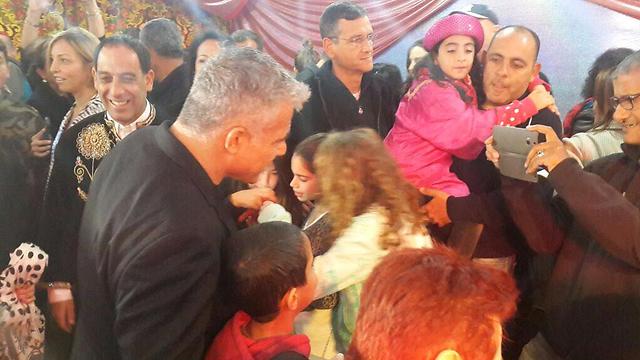 Lapid at celebrations in Rehovot

The stormy weather that hit Israel this weekend led to the cancellation of some of the Mimouna celebrations planned for Saturday evening and for Sunday, while other celebrations were moved indoors. 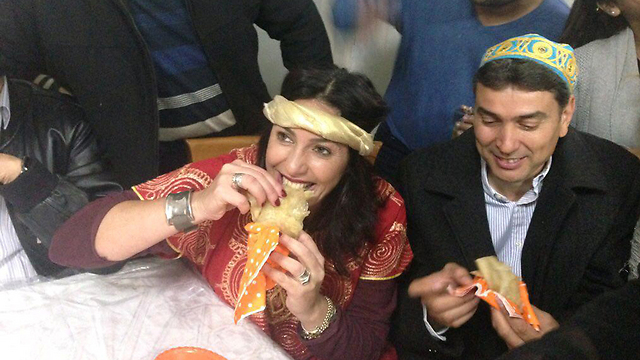 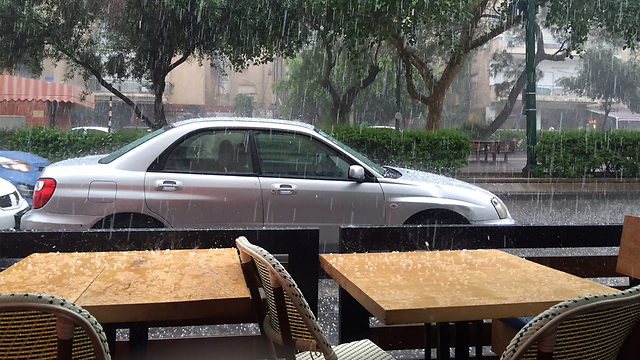 In southern Israel, Be'er Sheva, Sderot and Ashkelon all decided to cancel Mimouna celebrations due to the weather. 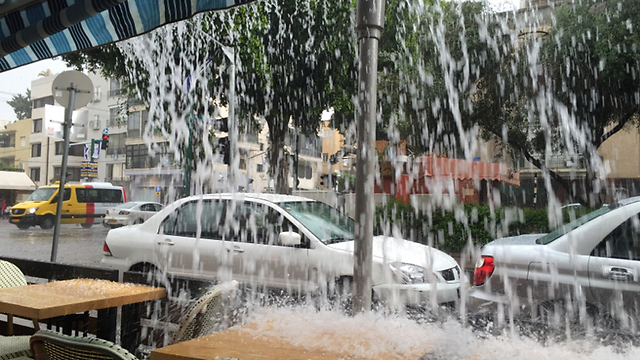 Or Akiva cancelled an event at the city park, but held another event on Saturday night -  attended by Prime Minister Benjamin Netanyahu. 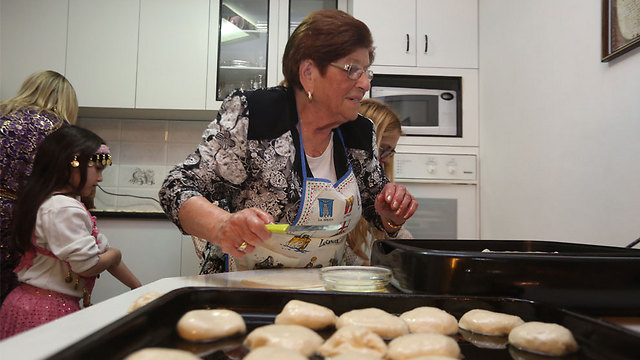 Rains started falling across Israel on Friday night and increased on Saturday morning. Snow fell in the Hermon Mountain, with 10 cm already piling up on the ground. 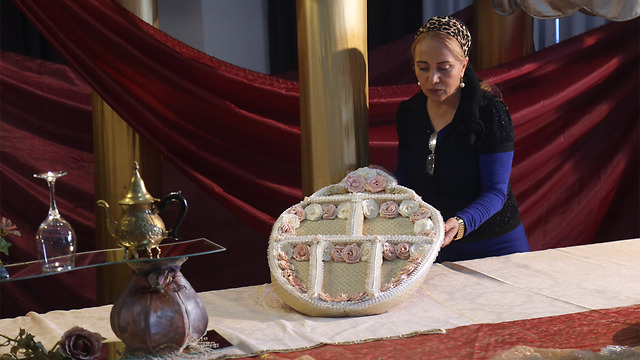 Getting ready for the Mimouna in Bat Yam - where celebrations will be held as usual (Photo: Motti Kimchi)

"We begin a significant period of rain today," weatherman Tzachi Waxman of Meteotech said. "Rain fell over the past 24 hours mostly in the north and starting the afternoon hours, the rain will spread to the northern Negev. Flooding may occur in coastal cities, in the Judea Desert and in the Dead Sea." 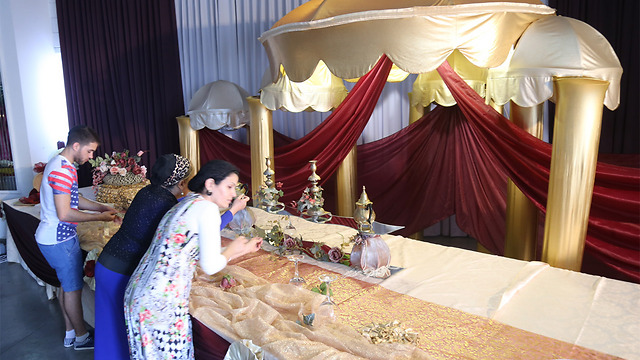 Setting up for the Mimouna in Bat Yam (Photo: Motti Kimchi)

According to Waxman, the high of the rain will be overnight Saturday and on Sunday, and it will continue raining on Monday and Tuesday. 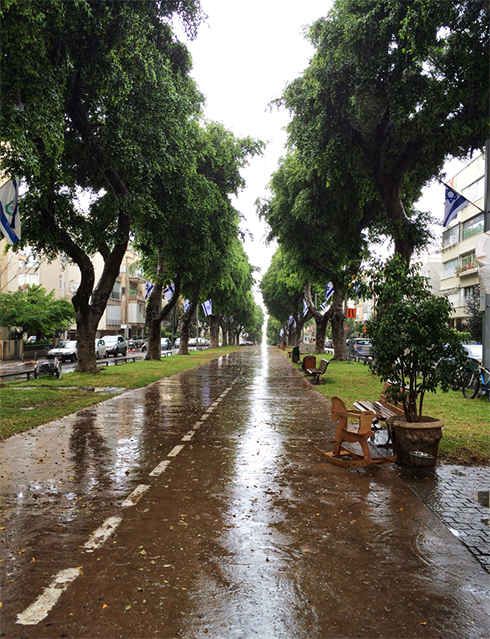 So far, Haifa saw 21 mm of rain, while Hadera experienced 12 mm of rain and Kfar Blum in the Galilee saw 11 mm. Less than 5 mm of rain fell in Tel Aviv and Jerusalem. 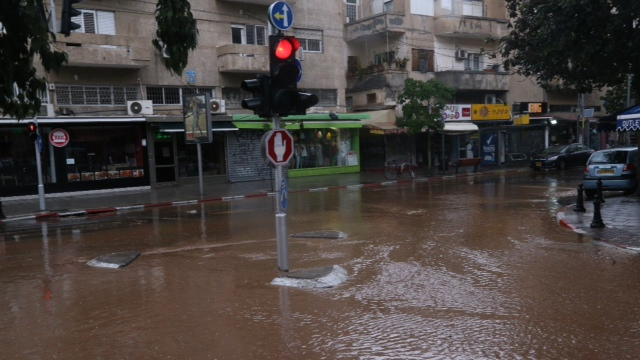 Despite the pouring rain, many Israelis could still be seen enjoying the end of the Passover vacation on the beach of the Kinneret, which saw a rise of 3 cm over past two days. The Water Authority said the water level of the Kinnert is -211.84 meters below sea level. 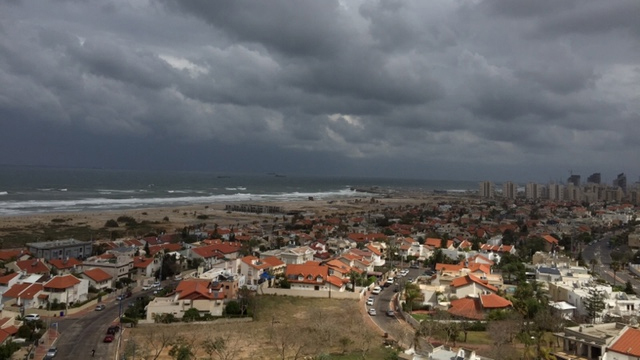 The Israel Nature and Parks Authority said that more than 1.5 million visited the country's various nature reserves and national parks during the Passover holiday break – an increase of about 10 percent in the number of visitors compared with last year's holiday. 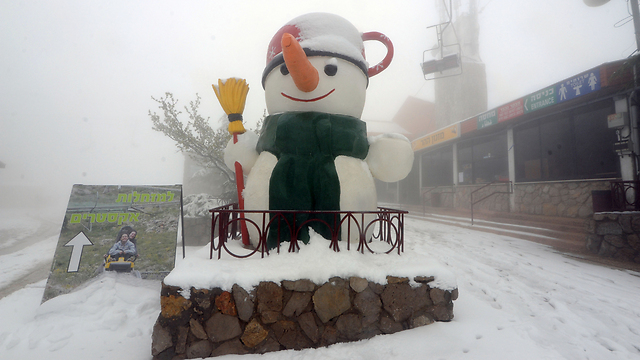