The 'inferior' children who defeated the Nazis

Noah Klieger was one of the few Jews who survived Auschwitz; Rabbi Israel Meir Lau was the youngest prisoner to be liberated from Buchenwald. Exactly 70 years later, they will raise the flag of Israel at the March of the Living in Poland.

On the evening before we begin marching, Rabbi Israel Meir Lau turns to me and asks: "Noah, would you have dared dream at the time that one day you would participate in a symbolic march in memory of the millions murdered by the Germans?"

Rabbi Lau, the chief rabbi of Tel Aviv and former chief rabbi of Israel, already knows the answer. He was also a prisoner in one of more than 2,000 camps built by the Germans to "solve" the problem of the Jewish people – in other words, to bring about their complete annihilation. Lau, who was only eight years old, was the youngest prisoner in Buchenwald at the time. He survived thanks to a remarkable series of miracles and the resourcefulness of his older brother, Naftali, may he rest in peace. 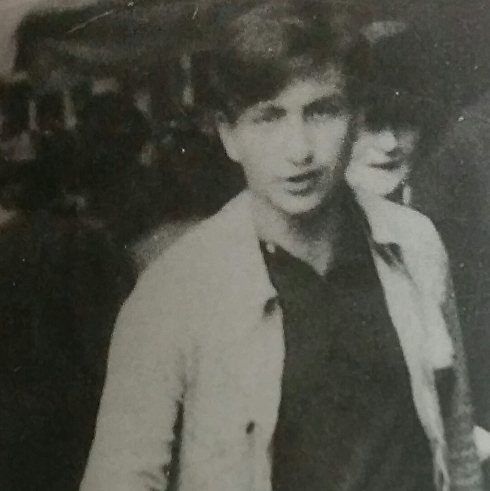 Noah Klieger aged 16 in Brussels, several months before he was sent to a concentration camp in 1942

Clearly, I wouldn't have dared dream at the time – not about freedom, not about a future and definitely not about a symbolic march, the March of Living, which is being held for the 30th year and in which Rabbi Lau and myself are participating Thursday, side by side. In previous years, we were a group of 20 Holocaust survivors at the march. Today, only half a dozen are left.

The only dream that all the prisoners in the Jews' camps had was to live one day more than Adolf Hitler and survive the Reich of horrors he established. I was a prisoner at Auschwitz at the time, a nameless prisoner, with a number tattooed on my left arm. A prisoner without rights, whose life or death were determined by one SS officer or another.

The Germans' plan was to conquer the world and murder the 18 million Jews who lived in it at the time – as they openly expressed it in the songs they sang in their parades: "Today we rule Germany, tomorrow the world!" In the camps they made sure to physically and mentally "kill" us first, basically turning us into animals. 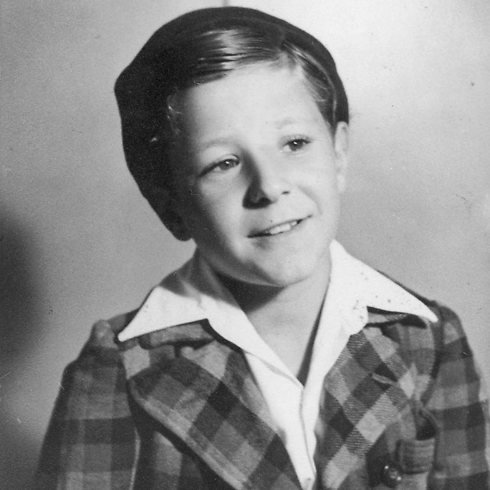 Can an ordinary person imagine hundreds of people sitting side by side at the latrine, the building in which holes were dug in the ground every half a meter, holes in which we defecated, many of us suffering from serious dysentery. An ordinary person definitely can't imagine that, just like he can't imagine standing for hours in the parade yard at the end of a working day, when the SS officers find out that one prisoner has not returned (they counted us when we left and returned from work). As long as they didn’t find the missing prisoner, as long as they suspected that someone had managed to escape, they made us stand there for hours. With no other option, we relieved ourselves while standing up. In the extremely cold weather, the urine and feces froze on our bodies and thin pajamas we were wearing. In the summer, the stench made hundreds of us – maybe even thousands – faint.

So how could we, under those conditions, with the daily abuse we were subject to, dream about freedom and any kind of future? And yet, miraculously, some of us, very few, survived, were set free and took part in the establishment and development of the new Jewish state.

Exactly 70 years ago, on April 29, 1945, when the Red Army forces liberated me and the other prisoners of the Ravensbrück camp, I left behind 30 months of hell in four different camps, including Auschwitz, three "death marches," a large number of "selection" processes and countless diseases.

I spent the first days after my liberation mainly watching the long lines of defeated German soldiers making their way to the prisoner-of-war camps. I stood at the sides of the roads and my heart nearly burst with satisfaction and joy, seeing them dragging their legs with their eyes stuck in the ground, lest their gaze irritates the Red Army soldiers leading them.

There they were, the arrogant and proud heroes in their beautiful and clean uniform, the rulers of Europe on their way to take over the world, the knights of the master race, drunk with victory, who saw the Jews and other people as inferior creatures and could decide, within one second, which one of them would live and which one of them would die.

These "superheroes" were now marching in their torn and dirty uniform, many of them barefoot, led to the camps by the Red Army soldiers, including members of the Soviet Union's Asian republics – representatives of those "inferior" people which the Nazis sought to annihilate as soon as they were done with the Jews.

And I, the "inferior one" who survived, watched them, enjoying every single moment.