The Jihad to come in Europe

Op-ed: Some of the refugees who fled to Europe have become far more radical after finding sanctuary there, and the new Jihad recruits will come from among them; meanwhile, a political genocide of Israel is underway in educated circles.

A ship carrying 104 refugees on their way from Libya to the shores of Italy was in distress and appeared to be sinking. One of the passengers began praying for his life. Some of the Muslims demanded that he pray to Allah – and Allah alone. But he was a Christian.

The Muslims flew into a rage; and with cries of "Allahu Akbar," they threw 12 Christians overboard. Cold-blooded murder. The remaining Christians formed a human chain and managed to put an end to the madness. An Italian rescue vessel arrived in time to prevent the refugee ship from sinking. 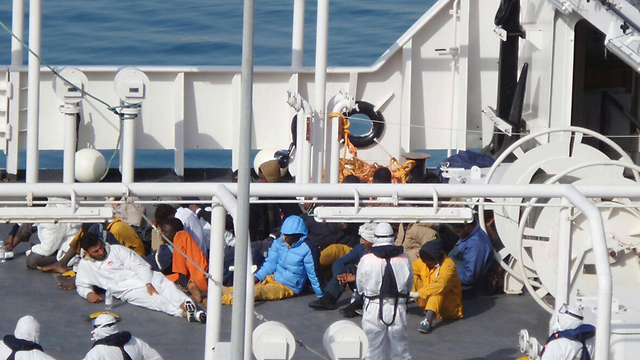 Fifteen of the passengers were arrested and will be charged with murder. Apparently, one doesn't have to be a member of Islamic State to be just like Islamic State. And the current wave of refugees is carrying such Muslim extremists into Europe too.

Geo-strategist Professor Arnon Soffer has claimed from time to time in recent years that the big tsunami is only a matter of time. Millions from Asia and Africa will try to make their way to the wealthy countries. The big flood has yet to begin, but something is afoot.

Over the past 10 days or so, four ships have capsized, including one carrying 400 refugees and then another with around 950 migrants on board. Most of the passengers drowned. Two smaller ships were added to the list in recent days. Some 1,500 people have drowned in a week. The Mediterranean Sea is becoming a huge graveyard. Approximately 3,200 drowned in 2014. A total of 22,000 since 2000.

Those are the numbers we know of. They could be a lot higher. It's clear by now that the number of fatalities this year will be higher than ever. The risk of death is not a deterrent. Last week, in just a single week, around 10,000 refugees landed on the shores of Italy. In 2014, the number hit 200,000. The figures this year will be much higher.

And some of the refugees actually become much more radical after finding sanctuary among communities in Europe. The new Jihad recruits will come from among them. It's already happened; and there's more to come. They will join that same Jihad and that same path of death and destruction that will spark more waves of refugees escaping to Europe – and on it goes. And it's only getting worse.

Yemen, the poorest of the Arab countries, has absorbed hundreds of thousands of refugees from East Africa in the past decade. The direction of the flow has changed now. Hundreds of thousands are trying to flee the inferno in Yemen and head for Africa.

The road from there to the shores of the Middle East is a long one. When they try to veer in the other direction, South Africa isn't very welcoming. Six foreigners have been killed there in recent days in a wave of unrest against migrants.

Europe is caught in a trap. Providing assistance to the barely seaworthy boats, for the purpose of saving lives, will only encourage the migration, which is already breaking records. Leaving the boats and their passengers to fend for themselves, on the other hand, could border on a crime against humanity. A huge dilemma. And Europe has no answer.

The University of Southampton will not be hosting the "academic" conference on Israel's right to exist. A British court of law has upheld the university's decision, thus dismissing the organizers' petition to force the institution to stage the conference. The joy, however, is premature, because the university's decision was taken "on the grounds of health and safety."

These conference organizers, until now, have been Israel haters who've been very good at threatening and demonstrating and resorting to violence in an effort to disrupt or cause the cancelation of events considered pro-Israel. They’re now getting a taste of their own medicine. 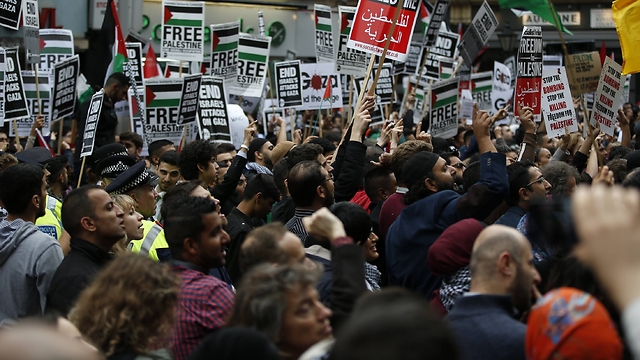 The thing is that Israel supporters wouldn't have caused trouble at the conference. They are too well-mannered. The conference should have been canceled for a different reason. A conference with the political objective of negating one particular state's right to exist – out of all the countries of the world – is not an academic conference. It's an academic disgrace.

After all, if anyone dared to initiate a conference calling into question the establishment of a Palestinian state or the existence of Croatia, he'd be committed – either on the grounds of insanity, or as a result of violent behavior.

But questioning the very existence of one particular country – a form of political genocide, "politicide" – is fair play; and opposition to the conference comes up against a herd of hypocrites who dare to speak of "freedom of expression."

The initiative to stage the conference is one of the low points of the academe of the free world. What next? An academic conference on denying women equal right? Holocaust denial?

After all, there are issues for which the premise of "academic freedom" can't serve even as a distasteful joke. Why is this not clear when it comes to a group of academics who preach the destruction of a country?