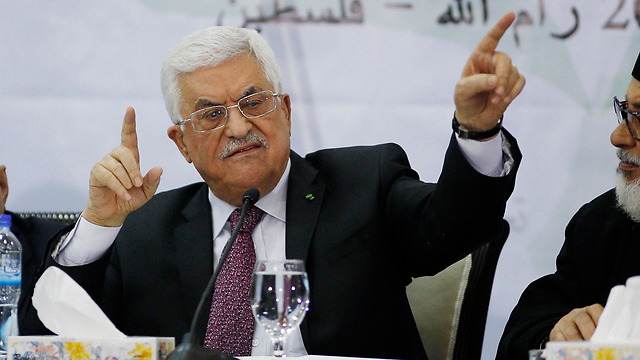 The folly of the international community on the Palestinians

Op-ed: Pushing both sides into a forced settlement will lead to disaster, and a Hamas takeover in the West Bank; meanhile, the outrage over Shaked is entirely misplaced.

The formula is a familiar one: The more right-wing the government of Israel appears to the world, the easier it is for the anti-Israel campaigners to do their work. An increase in Israel in statements and incidents of an anti-Arab nature leads to a fall-off in support for Israel among Jewish students on US campuses, and the more organizations like Breaking the Silence and B'Tselem create the distorted impression that Israel is committing crimes on an ongoing basis, the easier it is for the BDS activists to tout their case.

The starting positions are problematic – not only due to the composition of the new Israeli government, but primarily in light of the geopolitical situation. The absurd thing is that under current circumstances, Israel's control over the territories is the lesser evil.

A hasty political settlement – to which the US administration and EU are leading, with the encouragement of a bunch of Israelis who support the Palestinian demand for unilateral recognition of statehood – would be a disaster for the Palestinians. A Hamas takeover would only be a matter of time.

This has nothing at all to do with the composition of the government. Isaac Herzog would encounter the same geopolitical situation; and Tzipi Livni, too, would encounter Palestinian opposition to any peace deal. After all, the Ehud Barak and Ehud Olmert governments made very generous offers to Yasser Arafat and Mahmoud Abbas respectively – to no avail.

Nevertheless, all is not lost. Assuming that Israeli control over the West Bank is not going to end anytime soon, a right-wing government can still promote a series of measures that would better the lives of the Palestinians but would not undermine Israeli security in the slightest – in the field of water infrastructure, for example. Funds have been donated for rehabilitation projects; a start can be made.

And the same goes for projects in the fields of health, construction and infrastructure. Israel hasn't been the one to delay development. On the contrary, since the beginning of Israel's control over the West Bank and Gaza, there have been huge improvements in most areas.

In 1967, for example, just four Palestinian communities were hooked up to running water for domestic use; by 2004, however, 643 of the 708 communities were on the water grid. But there is still much to improve. It's not only a Palestinian interest, but an Israeli interest too.

There's something foolish about the fact that the international community is pushing the sides into a political settlement that will only make things worse for the Palestinians. But there are some things that can be done even without a peace agreement. Whether or not improving the situation is in the Palestinians' interests remains unclear. An improvement is clearly in Israel's interests.

The manifestations of chauvinism in light of the appointment of Ayelet Shaked as justice minister are nothing more than a small blemish compared to the attempt to present any proposal for change as an assault by the forces of darkness on the forces of light.

Even European officials, it has been reported, are monitoring with concern any initiatives that could undermine Israeli democracy. Interesting – because Shaked's criticism of the judicial system has been voiced in the past by professors and leftists. They sparked similar responses.

After all, anyone who questions something becomes a member of the forces of darkness – regardless of the fact if the individual in question is an Israel Prize laureate, like Ruth Gavison or Daniel Friedmann, or a political figure like Haim Ramon. Anyone who thinks different is immediately labeled dark. This is the democracy of the forces of light.

The response from Europe falls into the same category. After all, the proposals raised by the so-called forces of darkness are based, inter alia, on the common practice in many European states.

But just to make things perfectly clear, Shaked has no chance of changing anything. The judicial oligarchy has already proved itself too strong. And this is more proof of the problem.