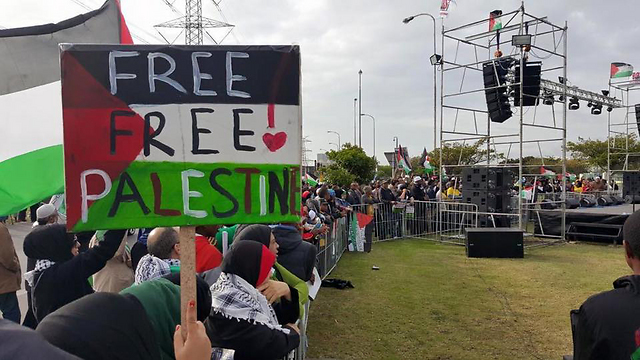 Israel's Association of University Heads (VERA) urged the American Anthropological Association (AAA) on Monday to backtrack on its decision to support a proposal raised by Palestinian organizations to boycott Israeli universities, asking the academic group not to assist the boycott movement.

"The proposal presents a distorted picture of the reality in Israel," a letter sent by VERA said. "Israeli universities are open to all students, both Jews and Arabs, and there is full equality among all students and researchers. The research and academic discourse in Israel operate according to the principles of academic freedom in an unbiased manner, free of political or ideological tendencies.

“It is both ironic and absurd that specifically those supporting such boycotts are using politics in an attempt to incite and introduce hatred and racism into the Israeli academia."

Last month, the AAA approved a proposal to implement the call of Palestinian organizations to boycott Israeli academic institutes. The proposal was voted on at a conference in Denver, CO, attended by 1,300 representatives, 30 of whom are Israelis who tried unsuccessfully to prevent the proposal's approval.

In the coming months, the proposal will be voted upon by all 12,000 members of the AAA, and if passes by a majority, it will make the AAA the largest organization to adopt an academic boycott of Israel. This fact greatly worries university leaders, who made it clear that this could have serious ramifications for Israeli research.

“We believe you will agree with us that proposals of this kind have no place in academia. The success of academic research worldwide is based on interinstitutional and international cooperation without limitations or restrictions, and free of political or ideological appeals, partitions and barriers,” the letter added.