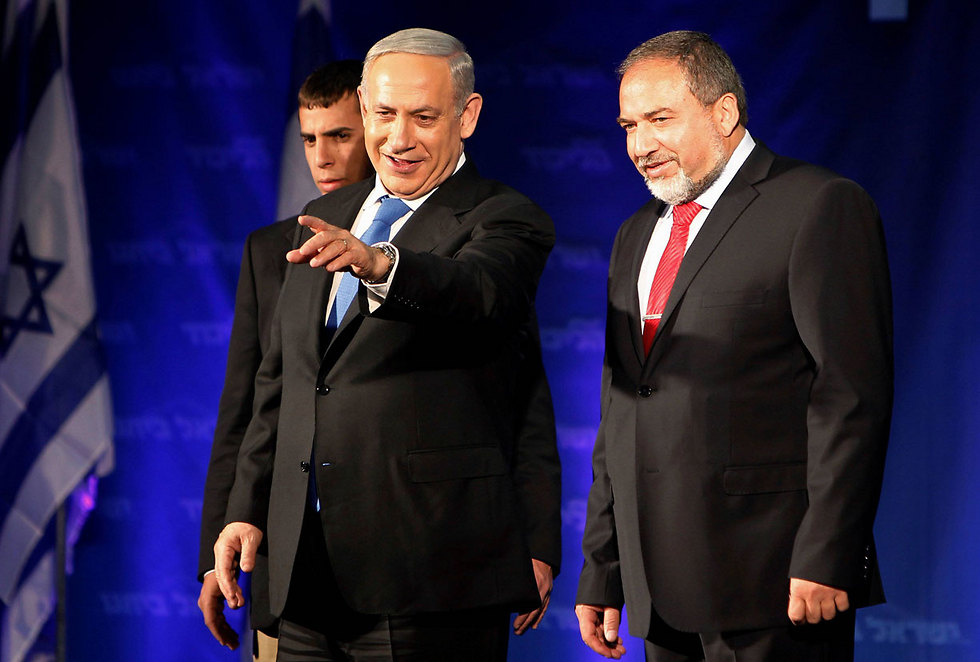 Op-ed: With all the negativity surrounding Lieberman's appointment to defense minister, one should remember that his actions speak louder than his words.

This past week will be remembered as one of the lowest points for the Israeli Labor party. It's not as if Herzog joining the government would've brought about peace in the Middle East, but something a lot more serious than what the headlines told was going on behind the scenes. Netanyahu had already agreed to a construction freeze outside of the main settlement blocs, something which would be a turning point away from the slow descent towards a bi-national state—but the Labor Party members didn't want to wait. They were talking about the negotiations with Netanyahu were an "instrument of surrender," but in reality, all they wanted to do is bring Herzog down. They waged a battle of epic proportions against Herzog without having any idea what was going on in the talks. Such a poor conduct, such a low point, such a disgrace.

The result is that Lieberman is defense minister. Is that such a disaster? Let's wait and see.

Avigdor Lieberman and Prime Minister Netanyahu (Photo: Reuters)
The same campaign that fought to keep the Labor Party from joining the government will now tell us that Lieberman is a monster. If this is truly such a disaster, then why did you allow it to happen? It's true that every once in a while, the Yisrael Beytenu leader says something ghastly, but there are actually two people leading Yisrael Beytenu: There's Yvette, the terrifying politician who is constantly moving between right and extreme right, and Lieberman, a serious and responsible statesman.

It's important to remember that only two years ago, during that tumultuous time when then-justice minister Tzipi Livni was negotiating with the Palestinians under the mediation of US Secretary of State John Kerry, that Lieberman was the foreign minister. He had all of the petty reasons to sabotage the negotiations—after all, he was denied the prestigious and important role of leading these talks.

But that very same Lieberman supported the first draft of Kerry's peace proposal, and he gave Livni full backing during the talks. Maybe that’s what scared Likud MK Benny Begin? Lieberman publicly reiterated that the United States is a friend and that it is doubtful Israel will ever be able to negotiate a better peace deal. Had the proposal turned into a peace agreement, Lieberman would have had to leave his home in the West Bank settlement of Nokdim. This didn't bother him too much, as evidenced by his past statements saying that he would be willing to leave his home if it led to a true and lasting peace with the Palestinians.

Even if we work under the assumption that Lieberman could be a balancing factor, the sane and Zionist majority lost out. This was a historic opportunity to create a more moderate government, a government that will stop the slow descent towards a bi-national state.

It seems that those who were against Herzog got their wish, yet they defeated themselves. The Labor party has never seemed so unhappy. And that isn't a reason to celebrate.