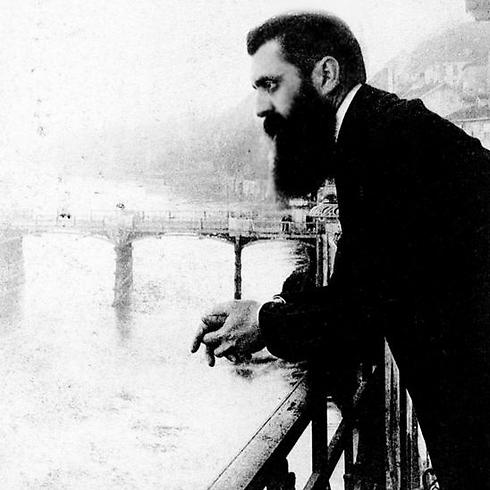 It’s about the values

Op-ed: The image of the West that’s been cultivated in some academic circles – as a racist, colonialist monster – ignores a simple truth: Some Western values are better than those of the traditionalist East. Women’s liberation is chief among them.

Jacques Bahar wrote Anti-goyisme à Sion, a utopian text about a racist party that rose to power in the land of Israel, and of the public response that destroyed the party. Bahar was a representative of the Algiers Jewish community in the first Zionist Congress. At the same time, Theodore Herzl wrote a utopian document of his own utopian text, Altneuland (The Old New Land), which dealt with the statuses of foreigners in the state that would fulfill the Zionist dream. In an interesting twist, both men’s texts combine the values of the enlightenment with their Zionism. It may be that due to the fact that Zionism had a naturally nationalistic element to it, both Bahar and Herzl felt the need to make it clear that nationality doesn’t mean nationalism, and certainly not racism. In his most famous essay, The Iron Wall, Jewish revisionist Zionist leader Ze’ev Jabotinsky emphasized the dual principle of Jewish sovereignty and equal rights for minorities. This message may very well be derived from the core ideas of Zionism. Jews are entitled to a state, since they’ve been oppressed everywhere else. However, Jewish thinkers added, we will not do unto others what had been done to us. That old traditional rule had become a part of the national mission. It’s doubtful that there’s a single Israeli high school student who hasn’t heard of Altneuland. And there’s probably nearly none who are familiar with Anti-goyisme à Sion. If the Biton Commission’s report leads to high school students ten years from now knowing about Bahar’s utopia, that wouldn’t be “ethnic segmentation,” but a double blessing of Zionism and enlightenment.

Theodore Herzl. Bahar and him combined Zionism and enlightenment values.

I have no idea if Judah Halevi is a better poet than Shalom Shabazi, and whether or not Hayim Nahman Bialik is superior to either. I also don’t know how the Israeli Andalusian Orchestra and the Israel Philharmonic Orchestra compare. It doesn’t matter; it’s a matter of taste. What’s more important are values. People should be equal – values? Not necessarily. In terms of values, the East – and may Edward Said and his followers please forgive me – has been largely left behind. The sins of colonialism are known and can be discussed, but they are not the main reason for the inferiority – sorry, there’s no other way to say it – of the Arab world. Because this inferiority also exists in places where colonialism was not really a factor.

The main reason for the gaps between the East and the West is the treatment of women. The higher the levels of equality for women in a society, the more it thrives, and vice versa. This is why ultra-Orthodox and Arab people in Israel are somewhat responsible for their own predicaments: improve womens' standing in your communities, and your situation as a whole will improve. For example, the status of Christian Arabs in Israel is much better than the average – due to women’s liberation. It’s not the exclusive factor, but it’s the most important one. So no, there’s no need to return to the “old ways” as political parties such as Shas (the Jewish ultra-Orthodox Sephardic party in the Knesset, led by Aryeh Deri. -ed) say. Is that the Mizrahi essence? It’s mainly the fostering of ignorance and superiority. The problem with intellectuals of the post-colonial circles – of all ethnic backgrounds – is that they mostly deal in the externalization of blame. They free the Muslim, Arab, Mizrahi worlds of all responsibility for their situation. As far as they're concerned, the West is to blame. This school of thought has no ethnic basis. On the contrary, the post colonial school of thought was developed in Western academic circles. This is a destructive school of thought that, even if it occasionally has correct ideas, is mostly made up of deception, and self-deception. The Hindus and Muslims came to Britain from the Indian subcontinent at about the same time and usually had similar economic status. They went through the same rough road of disctimination and racism. And despite this, the Hindus have managed, in the span of two generations, to reach top achievements in education. They’ve surpassed white Brits – and Jews as well, who have a cultural heritage of successful scholarship. In contrast, immigrant groups that have insisted on sticking to women’s oppression and Sharia law have been left behind. Those Muslims who have unchained themselves of self deception and self oppression have succeeded in the West as much as the Hindus have. Those who choose to stick with oppression shouldn’t complain about being oppressed. They’ve made their own bed. Most Mizrahi people in Israel have chosen the Hindu way. They’ve Westernized themselves, or, in Israeli-Jewish terms, Ashkenized themselves. They’ve mixed and mingled. And that means that most senior citizens these days have “mixed” background grandchildren. That’s not so evident in the film and advertisement industries. In those places, Mizrahi people are usually presented as being ignorant and simple. Film critic Gidi Orsher and ad man Aryeh Rottenberg, who recently made waves by publishing stupid statements online, are distinct products of their professions. Rottenberg said that German Jews were like the Germans, meaning they’re superior, and that “Miri Siboni Regev is a reflection of Morocco.”

(Minister of Culture Miri Regev’s maiden name is Siboni, and she is of Moroccan-Jewish descent. -ed)

Rottenberg should have known two things: First of all, the German’s did indeed speak of their own superiority, especially when compared to Jews. This was not a criticism of values. They didn’t want the Jews to change their ways. It was plain racism, and we know where it led. And Second of all, he should have known how German Jews used to treat Eastern-European Jews, whom they considered inferior. But the Eastern-European Jews also made good: They too chose to embrace Western values when they came to Israel. The past is interesting on a historical level, but there’s no need to keep our judgment on matters of values rooted there.

Today’s Western culture, it must be said, is more humane, democratic, liberal, and enlightened. It used to include elements of fascism, Nazism, Stalinism, and racism. These have usually been beaten. Jacques Bahar, in his sublime writing, represents Western enlightenment. Rottenberg, in his miserable statement, represents the old Western racism which on occasion still rears its ugly head.