Analysis: Israel is perfectly capable of dealing with Iranian-backed militias on the Syrian side of the border, but the Russian legitimization of long-term strategic Iranian presence in Syria means that in the next conflict, the ayatollahs would be able to fight Israel both through Hezbollah in Lebanon and through militias and aerial and naval forces in Syria.

The presence of Iranian forces in Syria and of Iranian-backed militias not far from the border is the less troubling issue as far as Israel is concerned. For decades, we've lived and dealt with having five Syrian divisions on the Golan Heights border, armed with tanks, artillery and missiles. In the 1973 Yom Kippur War, we even proved we are capable of dealing with such a force.

The biggest force the Iranians are capable of stationing 5 to 20 kilometers from the Purple Line (the ceasefire line) is two divisions—in other words, six brigades—which are not armed with any armored vehicles. These are primarily armed militias, not a threatening active army. It’s true that these militias could try to carry out terror attacks and infiltrate Israeli territory, or fire rockets and mortar shells, but these are activities the IDF knows and can deal with without great difficulties. And if needed, it can even enter Syria and attack the bases of these militias—including Hezbollah. The IDF was very successful in doing that in the War of Attrition, and there is no reason this can’t be done now, despite the Russian presence in Syria.

Iranian-backed militia fighters in Syria
The Russians cry out only when they are directly affected by these actions. There is no reason that a concrete operation against the Iranian-backed militias, as the IDF is capable of carrying out with its precision-guided ammunition, would lead to a clash with the Russians, and there is no reason for the Russians to launch an attack against us either. By the way, the Russians need the Iranians in Syria because they don’t want to bring in their own soldiers to operate on the ground. They would rather bomb from the air and let the Iranian militias serve as cannon fodder for the rebels, which is why most of the militia and Hezbollah fighters are now in the Idlib area in northern Syria, where the rebels are concentrated, while their presence in the Syrian Golan Heights is relatively small. The bottom line is that Iranian-backed militias operating near the border, including Hezbollah, are not a strategic threat but rather a tactical problem Israel is capable of dealing with. By the way, Hezbollah fighters have long been active much closer to the Golan Heights border than 7 to 20 kilometers away. They have already fired rockets into the Golan Heights and the Mount Hermon slopes twice. This serves as further proof that we can deal with this threat and know how to do it. Nevertheless, there are some causes for concern.

What we should be concerned about is the Russian legitimization of long-term strategic Iranian presence in Syria. Russian Foreign Minister Sergei Lavrov said Wednesday that because the Syrian government invited the Iranians, their presence there was legitimate.

This statement allegedly contradicts the spirit of the agreement signed between Russia, the United States and Jordan on Saturday, which states that all foreign forces must pull out of Syria. The agreement failed to indicate when this would happen, making it an unbinding statement—like any declaration of intent with no timetable—but it is important, because it makes the presence of the Iranian forces and the militias illegitimate in the long run. Then came Lavrov’s statement, however, and legitimized this presence. 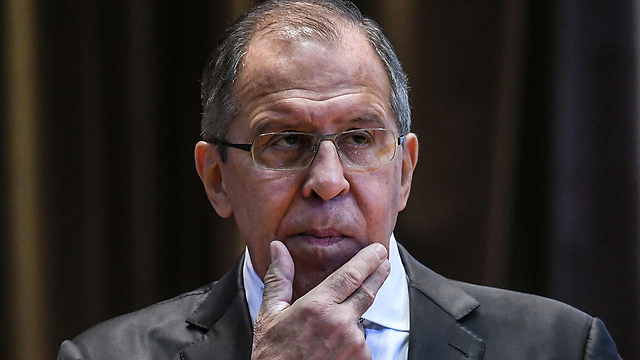 Russian Foreign Minister Sergei Lavrov. Iranian presence in Syria ‘legitimate’ (Photo: AFP)
This means that Iran would be able to have its own strategic presence, including planes and warships, as long as the Syrian government “invites it to do so.” This would allow the ayatollahs to create a military stronghold on the eastern coast of the Mediterranean Sea, right on the State of Israel’s border. A Navy ship or a merchant vessel leaving the Haifa Port would be threatened by Iranian missiles launched from the Syrian coast or by Iranian ships docking in the Tartus, Latakia or Beirut ports. Another example is that modern Iranian surface-to-air missile batteries could take part in blocking the Israel Air Force from entering Syria and Lebanon’s skies. This is a much bigger threat than the presence of gunmen near the border in the Golan Heights. A strategic Iranian presence in Syria would be much more difficult to neutralize once it expands. Moreover, the real strategic threat is that Iran wants to launch another front with Israel in the north, in addition to Lebanon. It wants to be able to fight Israel, when the time comes, both through Hezbollah in Lebanon and through its militias and aerial and naval forces in Syria.

When will Israel be forced to declare war?

There are, however, two positive aspects as far as Israel is concerned. First of all, the presence of Iranian military aircraft and vessels in Syria would allow the IDF to target and destroy them quite easily. There would be no need to fly to Iran and refuel in the middle of the flight, in the air. The Iranian facilities would be as vulnerable as the different Syrian army facilities.

Second, Lavrov made it clear that his statement about legitimate presence in Syria applied exclusively to the Iranians. He explicitly noted that he was not referring to Iranian-backed militias like Hezbollah, but only to Revolutionary Guards members and soldiers in the Iranian army. 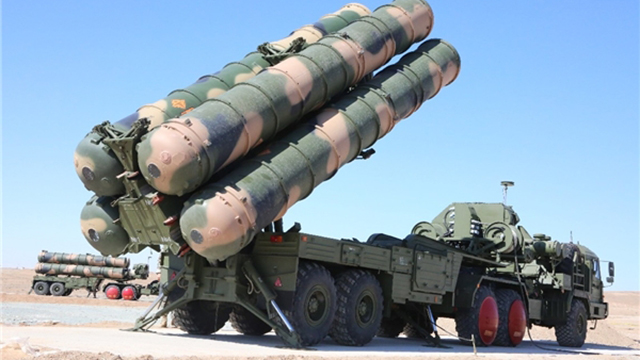 An Iranian S-330 anti-aircraft system. In Syria soon?
In this context, it’s important to know that the Iranians aren’t eager to send their people to die for the Syrian regime, which is why they need Hezbollah and the Iraqi and Afghan militias they are sending to Syria. It’s therefore unlikely that Tehran will send thousands of its people to Syria even if the Russians find it legitimate. The bottom line is that a strategic Iranian presence in Syria, including surface-to-surface missile bases which Iran may try to build there, is a strategic threat to the State of Israel, and the world should be warned about it. The current government and the previous government have been very successful in doing that. These warnings have another purpose: To warn Iran and Syria that in the event of a strategic Iranian presence in Syria, Israel would be forced to declare war, which would make Russia and Iran lose all the assets they have gained during the civil war. Both Moscow and Tehran likely understand that the Israeli government and the IDF are building awareness for the possibility of an attack on strategic Iranian and Syrian assets, if and when they are available. They know that Israel usually makes good on its threats, which is why both the Russians and the Iranians will likely reconsider their moves.