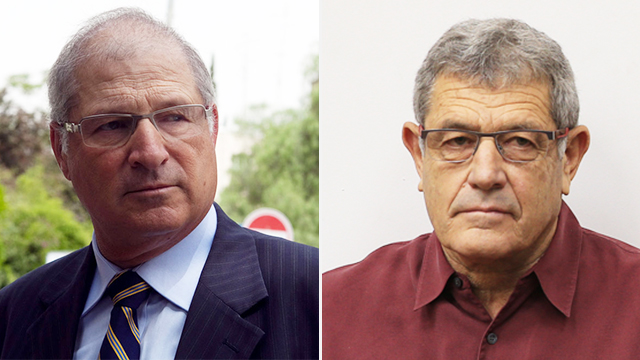 At Ganor's request, attorney David Shimron, who has close ties to PM Netanyahu, made a call to prevent a Defense Ministry delegation from traveling to South Korea to discuss deal to acquire patrol boats for the Israeli Navy.

Ganor was the Israeli representative of the German conglomerate ThyssenKrupp, which eventually got the contract. Shimron served as Ganor's lawyer in his dealings with ThyssenKrupp.

"I called David Shimron in hysteria and told him the director-general of the Defense Ministry and his team were supposed to fly to Korea, and that he had to stop that meeting," Ganor told police.

Shimron, he said "understood the meaning, made a call, and got them off that flight." He then reported back to Ganor, telling him that "the matter has been dealt with."

Ganor's testimony bolsters his claims that Shimron, Netanyahu's relative and personal lawyer, did more than just provide legal services and was in fact his partner in mediating the deal between Israel and the Germans, working to promoting the sale for a 20 percent commission.

Shimron, meanwhile, claimed that while he was representing Ganor he "acted as an attorney" and all of his actions were "in accordance with the law."

After other South Korean shipyards demanded to be included in the deal, the defense establishment launched an international tender. ThyssenKrupp didn't contend for the tender at first, since at the time it wasn't constructing the 1,200 Corvette-type warships that the Defense Ministry requested.

Israeli Sa'ar 5-class ship (Photo: Elad Gershgoren)
The South Korean shipyards invested efforts and a lot of money in their attempt to win the contract with Israel. Meanwhile, in late 2014, ThyssenKrupp announced it wanted to participate in the bid, noting the German government was willing to subsidize 30 percent of the deal. Ganor was ThyssenKrupp's representative in Israel at the time, and he was represented by Shimron. Former Production and Procurement Directorate head Brig.-Gen. (res.) Shmuel Zucker has said that after ThyssenKrupp decided to throw its hat in the ring, the Navy's requirement changed from 1,200-ton ships to 1,800-ton ships. This allowed ThyssenKrupp to win the bid. "The changes smelled fishy," he noted. Zucker also claimed that former deputy national security adviser Brig.-Gen. (ret.) Avriel Bar-Yosef, who was arrested for alleged offenses of bribery, money laundering, fraud, and breach of trust in the submarine case, threatened that if he did not cancel the tender with the Koreans, it would harm the relationship between German Chancellor Angela Merkel and Prime Minister Netanyahu.

Former defense minister Moshe Ya'alon also said he came under pressure to approve the deal with ThyssenKrupp, while Shimron reportedly also contacted the Defense Ministry's legal advisor Ahaz Ben-Ari to get a status report on the deal's progress.