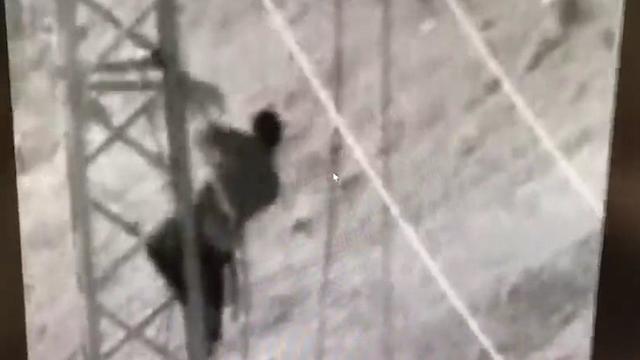 Incident comes as IDF is on high alert for attempted infiltrations from the coastal strip into Israeli territory, less than a week after three Palestinians armed with knives and grenades managed to cross.

Three Palestinians were arrested on Sunday evening while attempting to cross the border fence from Gaza into Israel at the southern end of the strip. The three were spotted by IDF forces and were taken in for questioning. They were carrying no weapons.

File photo
The army has been preparing for an increase in attempted infiltrations from the Hamas-ruled enclave after a series of failed and successful attempts, and heightened tensions following the “March of Return” attended by tens of thousands of Palestinians on the border on Friday.

The IDF made it a top priority to prevent the successful crossings by Gazans, while saying that it was endeavoring to keep the number of Palestinian fatalities to a minimum.

Security was beefed up on the volatile border after last week the IDF arrested three Palestinians armed with knives and grenades after they had infiltrated Israel from the Gaza Strip. The terrorists were caught in the Tze'elim area, about 20 kilometers from the Gaza border.

Fear was intensified in southern Israel after CCTV footage showed the three terrorists, who were caught shortly after near kibbutz Tze'elim, wandering around undisturbed for several minute while the gate to the Kibbutz was left wide open.

The French Foreign Ministry called on Israel to show restraint in its handling of the mass demonstrations. "France reminds the Israeli authorities of their duty to protect civilians and urges them to show the greatest restraint," a Foreign Ministry spokeswoman said in a statement.

UN Secretary-General Antonio Guterres called Friday for an independent investigation into the deadly clashes, while Security Council members urged restraint on both sides.