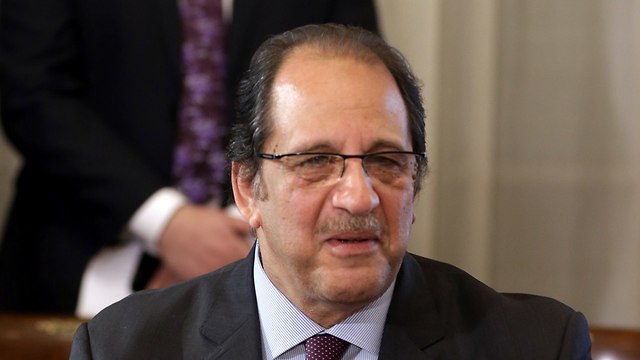 The man behind the ceasefire arrangement between Hamas and Israel

Negotiations between Israeli government and Gaza's rulers are mediated by Egyptian intelligence head Abbas Kamel, who is considered by some the second most important person in the country after President Abdel Fattah al-Sisi.

The ramifications of the latest round of fighting between Israel and Hamas are still making waves in the political arena, in light of Yisrael Beytenu leader Avigdor Lieberman’s resignation from his post as the defense minister, prompting his party to quit the coalition leaving it with a one-vote majority.

The ceasefire between the sides, which has been harshly criticised by the public as well as by the political establishment, was brokered by Egyptian intelligence head Abbas Kamel.

Despite the fact that he has become a prominent figure in ceasefire arrangement negotiations between Israel and Hamas, there is still plenty of mystery surrounding his persona. He makes very few public appearances and rarely gives interviews to the media, with most of his recorded conversations being leaked without his consent.

A senior Israeli official said that in Jerusalem he is considered a Hamas sympathizer, but the cooperation with him still continues due to his ability to achieve concrete results. Kamel is a man of great connections, mainly because of his close relationship with Egyptian President Abdel Fattah al-Sisi. He has a great influence on the Cairo administration and despite of his lack of exposure to the media, he maintains in good relations with journalists.

Before joining the Egyptian intelligence, Kamel served in the military as an armor officer and even underwent training in the United States.

Later, he served in a combat intelligence unit.

Abbas Kamel during his visit to Jordan in 2014

In 2014, he was appointed as President Sisi’s chief of staff, a position he held until last June, when he was officially sworn as the director-general of the intelligence service.

In Egypt, Kamel is known as Sisi’s confidant. Some call him the president’s “fox" or "shadow,"—two nicknames that indicate how he was perceived in Egypt and how special was his relationship with the Egyptian leadership in general and with President Sisi in particular.

Some even go as far as to suggest he was the second most important person in the country. Kamel regularly accompanies the president on his travels around the world, advising him on a variety of issues.

His appointment as head of the intelligence apparatus sparked great interest in the Arab world and was also subjected to criticism. One of the decision’s main critics was Saudi journalist Jamal Khashoggi, who was recently murdered at the Saudi Arabian consulate in Istanbul.

"When Sisi can not find anyone who will head the intelligence organization apart from his office manager, it means there is a serious crisis of confidence within the Egyptian government," Khashoggi wrote.

Kamel's name was linked to a number of phone conversations leaked by senior Egyptian officials after the ousting of former President Mohamed Morsi, indicating that Kamel and the Egyptian president had close relationship even when Sisi served as the defense minister. The conversation's content indicate he exercised great influence on issues that were not necessarily under his authority.

Last month Kamel was supposed to arrive in Israel to continue negotiations on the ceasefire agreement, but his visit was canceled due to the escalation at the southern border. Nevertheless, his emissaries continued talks with senior Hamas officials in the Gaza Strip.

"This man is a pillar in the Middle East, in light of Egypt's tremendous regional importance," explained a former senior Israeli security official who is familiar with Kamel's work in various issues, including the Palestinian one.

The official went on to describe the intelligence head as a thorough and smart person who impressively climbed the ladder of the Egyptian military and politics.

"Kamel has a tremendous advantage, he currently enjoys the status of a minister. He works directly with the president of Egypt—who fully trusts him—heading a very strong body, and he combines all of his skills in fulfilling this role,” the official explained.

"Israel today has very good working relations with the Egyptian security apparatus,” the security official continued. “Israelis may not be aware of it, but at the national security level we have an excellent relationship, which is an asset for our state. Today anyone who serves in the Egyptian intelligence, has to have a positive attitude when it comes to working with Israel," he added.

The security official said that the Egyptian intelligence’s main advantage is the quality of people it has in its ranks.

"The general, who deals directly with the Palestinian issue, Ahmed Abd al-Khaliq, is an amazing, modest, smart and skilled officer,” the official stated.

He added that the combination of Kamel and Sisi is what keeps Egypt stable as evident by the very few terror attacks in the country, despite the presence of the Islamic State group (ISIS), and a population of almost 100 million.