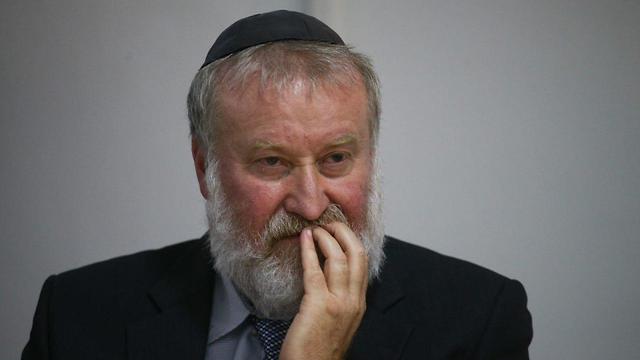 Avichai Mandelblit holds urgent meeting to formulate a temporary position on the issue, saying the officials would have to make sure such events are only held if the rights of individuals aren't being hurt; decision comes after a contentious gender-segregated concert in Afula

The decision comes in the wake of the contentious gender-segregated, ultra-Orthodox concert held at a public park in Afula last week, which was initially banned by a district court ruling, but permitted after an appeal. The event was later banned once again by the Supreme Court but the ruling came after the event had already begun, rendering the decision largely symbolic.

The incident caused a stir in the religious and ultra-Orthodox community in Israel with some politicians publicly coming out against the ruling and shaming the government for failing to interfere.

"In light of the legal proceedings surrounding the cultural event in Afula … the Attorney General convened a meeting to specifically address the issue of gender segregation at cultural events in order to formulate a temporary position on the matter, until a fundamental, comprehensive and thorough discussion of the issue is held,” said the Attorney General in a statement.

"The basepoint of our discussion is the principle of equality, which is at the heart of the democratic system and is anchored in the Basic Law: Human Dignity and Liberty,” the statement added.

Mandelblit said if a local authority wished to hold a gender-segregated event meant for a public interested in attending one, the officials must first examine the possibility of allowing the participants to be apart on a voluntary basis, without having to plan an event that’s segregated from the start.

The attorney general also urged the local authorities to take into account the conditions outlined in anti-discrimination laws, and demanded to make sure the participants for whom the event is intended would refrain from attending it otherwise.