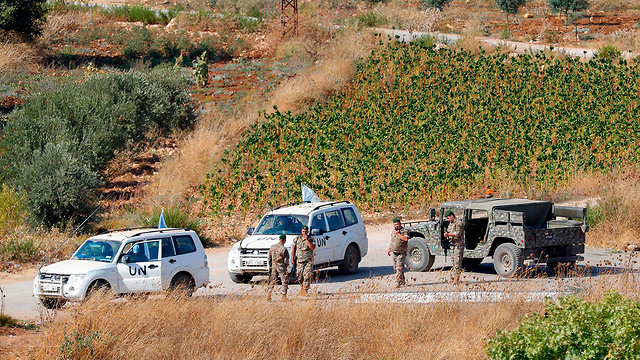 Hezbollah will retaliate against Israel after drones crashed in Beirut's suburbs, but a new war between the old enemies remains unlikely, the Iran-backed movement's deputy leader has said.

In a speech on Sunday, Hezbollah Secretary-General Hassan Nasrallah threatened to retaliate to an alleged Israeli attack of two explosives-rigged drones that crashed over Beirut, damaging Hezbollah’s media office in the Moawwad neighborhood in Dahiyeh, the group's stronghold in the southern part of the Lebanese capital.

"I rule out that the atmosphere is one of war, it is one of a response to an attack," Sheikh Naim Qassem told Russia's RT Arabic channel on Tuesday night. "Everything will be decided at its time."

Lebanon's Hezbollah is preparing a "calculated strike" in response to the drones but seeks to avoid a new war with Israel, two sources allied to the Shi'ite Muslim movement said earlier on Tuesday.

In response to questions about the origin or target of the drones, Qassem did not give details. He said Hezbollah deemed it an attack that it must respond to, so that Israel does not upset the status quo and set its own terms. "We want the strike to be a surprise...and so there is no interest in diving into the details," he added. "The coming days will reveal this."

In the meantime, Lebanese prime minister has been in contact with the United States officials in order to coordinate attempts to restrain Israeli activity in Lebanon, the London-based Asharq al-Awsat newspaper reported Wednesday.

The report claims Lebanon's Prime Minister Saad al-Hariri has had talks with U.S. Secretary of State Mike Pompeo as well as other international officials, in an effort to avoid an escalation between Israel and Hezbollah which would “lead to the unknown.”

On Tuesday, the Russian foreign ministry said Hariri called Foreign Minister Sergey Lavrov, asking him to use his "influence to prevent a further escalation of tensions between Israel and Lebanon."