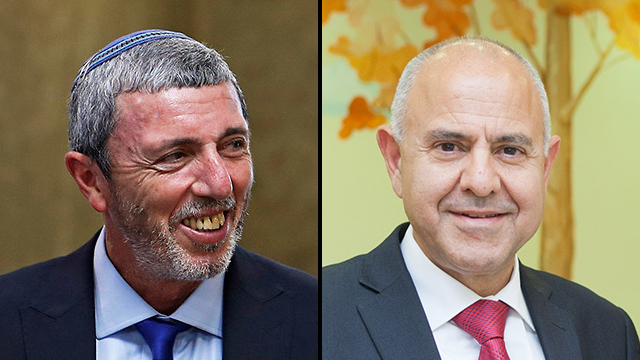 Ministry DG says Rafi Peretz has no authority to implement his plan to approve new hiking routes in the West Bank, as decision lies with civil servants, professional security personnel

Education Minister Rafi Peretz has come under fire by the ministry's director-general for his plan to promote school trips for Israeli students at sites in the West Bank previously unauthorized by the security forces.

The initiative comes days after 17-year-old Rina Shnerb from Lod was killed and her brother and father wounded by a homemade bomb while visiting a natural spring in the West Bank.

"I want to be clear: there is a professional team of security personnel and ministry staff who oversee the children's security and who approve trekking routes," Education Ministry chief Shmuel Abuav told Ynet on Sunday.

"There could be policy and the will and calls to drive such initatives forward, but ultimately all authority lies with the security personnel. Each route is set according to its own merits and as such, there are routes that have yet to be approved."

Rina Shnber was killed by a homemade bomb during a trip to a natural spring in the West Bank last month (Photo: Courtesy of the Shnerb family)

Peretz, who heads the far-right Jewish Home party, hinted in response that Prime Minister Benjamin Netanyahu had been aware of the plans.

"I very much appreciate Abuhav, the different ministries and the prime minister, who was attentive to the entire process and was connected to all the solutions to all crises," said Peretz.

The center-left party Democratic Union accused Peretz of remaking the education system as a religious function.

"The education minister not only goes beyond his purview, he simply acts as if he's the minister of religionization. He doesn't care about Israeli students, but only how to turn them into settlers living in the West Bank," the party created by former prime minister Ehud Barak, Labor departee Stav Shaffir and Meretz leader Nitzan Horowitz said.