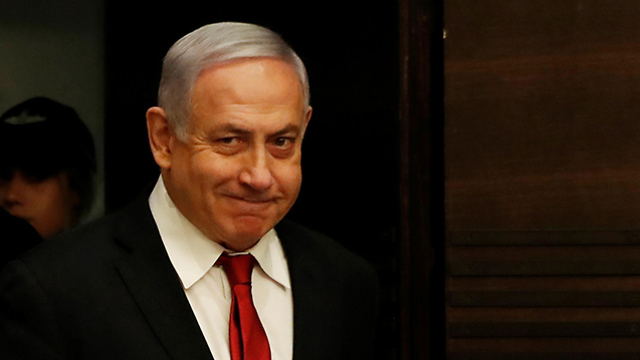 Foreign Minister Katz is set to fly to New York on behalf of PM, which will mark the first time since 2010 that Netanyahu is not speaking at the event; move comes after his Likud party failed to muster enough votes in Tuesday's elections to form a coalition

Prime Minister Benjamin Netanyahu on Wednesday canceled his trip for next week’s UN General Assembly, where he was supposed to give a speech.

The decision comes after Netanyahu’s Likud party failed to muster enough Knesset seats in Tuesday’s elections in order to form a coalition government.

Foreign Minister Israel Katz will be the one to speak at the event in New York, and will mark the first time since 2010 that Netanyhau will not be giving a speech at UNGA.

The Prime Minister’s Office said Netanyahu opted not to be abroad next week, when President Reuven Rivlin would be handed the official results of the September 17 vote by the head of the Central Elections Committee.

Rivlin is supposed to receive recommendations from party leaders for the post of prime minister and subsequently task the most favored person with forming a government.

An official close to Netanyahu said the planned visit to the U.S. next week, where he was also set to meet with President Donald Trump, would not take place. There was no word whether the meeting would be rescheduled.

Netanyahu revealed a “secret atomic facility” in Iran during his speech at UNGA in 2018.