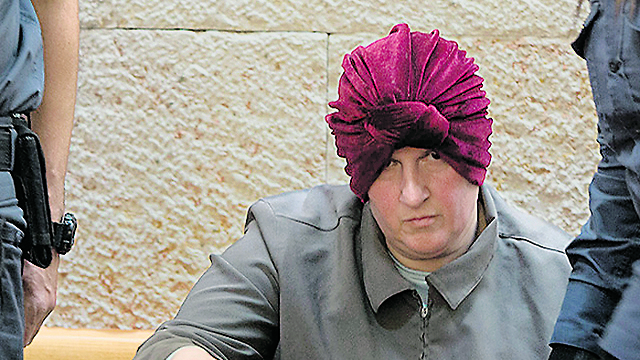 Malka Leifer, 52, is facing trial in Australia for 74 instances of child abuse, including 13 counts of indecent assault of a minor and 11 rape charges.

The former head of Adass Israel religious girls school in Melbourne will be released to her sister's home in Bnei Brak on Friday.

Leifer fled Australia for Israel in 2008 under suspicious circumstances after the accusations against her surfaced, and is claiming that she is not mentally fit to be extradicted to stand trial.

Earlier this year, police reportedly questioned Deputy Health Minister Yaakov Litzman over claims he threatened to fire officials in his ministry if they didn't produce a psychiatric evaluation deeming Leifer unfit to stand trial in Australia.

Last week, Jerusalem District Court suspended the extradition process, saying the State Prosecution had failed to present evidence that Leifer was fit to stand trial, and ordered a fresh evaluation of her mental state.

Jewish Community Watch, an organization fighting sexual abuse of children in the Orthodox sector, slammed the decision to release Leifer, calling it an astonishing ruling.

"We were astonished at the decision to send sex offender Malka Leifer to house arrest," the organization said in a statement Wednesday.

"This is a dangerous woman who making a mockery of the courts. We regret this decision and our hearts go out to the casualties whose blood has been spilled for years."

According to the indictment in Australia, Leifer allegedly sexually assaulted three sisters who were students at the school from 2004 to 2008, taking advantage of her role as educator and the girls' innocence to do so.

The court ruling was also condemned by the Zionist Federation of Australia, which branded it "beyind belief."

“We are outraged by the latest development," said ZFA President Jeremy Leibler in a statement.

"With all that we know, and all that’s happened already, it’s beyond belief that the court would grant bail, especially given the most recent allegations that Leifer still presents a threat to those around her," he said.

"We stand in solidarity with the survivors of her abuse, and hope that this decision will be overturned on appeal."