Malka Liefer. 'She would tell me that she loved me'
Photo: Daily Mail 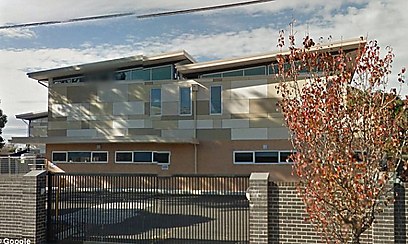 Haredi principal sued for years of sexual abuse in Australia

Former student claims Malka Leifer, a mother of eight who ran the Adass Israel school for girls in Melbourne, abused her and her two sisters; Leifer fled to Israel in 2008, and extradition proceedings are underway to bring her to court.

While extradition proceedings are taking place in Israel to bring the former principal of an ultra-Orthodox Jewish school in Melbourne to trial in Australia on suspicion of sexually abusing three of her students, Victoria’s Supreme Court has begun hearing a civil claim filed by one of the girls.

"She liked to hug me like a baby, and rock me. She said I should consider her like a mother who loved me, and that I was special," the former student, who is now in her 20s, told the court, according to the Herald Sun.

Bad Education
Hearings begin into child abuse in Chabad Australia
Tali Farkash
Government-sponsored inquiry is questioning victims and officials of Orthodox Jewish centers in Melbourne and Sydney, as well as senior Orthodox rabbis. Victim tells commission he faced backlash for 'breaking the Chabad code of silence.'
Hearings begin into child abuse in Chabad Australia
Malka Leifer, a mother of eight children who ran the Adass Israel school for girls in Melbourne, is at the center of the civil suit. She escaped to Israel two days after details were revealed about 74 sexual offenses she allegedly committed against three sisters. The school was also sued for not passing the student's complaint to the authorities. The principal was updated on the complaint, which allowed her to immediately flee Australia.

She was arrested last August and placed under house arrest until the completion of the extradition proceedings. In Australia, she is expected to face criminal charges in addition to the civil trial. The Australian authorities filed to extradition request with the Israeli authorities in July 2013. The Australian request noted that Leifer is facing trial for 47 indecent act offenses, 13 offenses of indecent assault of a minor, 11 rape charges and three additional charges.

The Age reports that the young woman told the court that Leifer started giving her private religious lessons to "prepare her for marriage,' during which she would rub her through her clothes. The abuse accelerated and by the time the alleged victim was in grade 11, aged 15 or 16, Leifer was touching her skin and digitally penetrating her.

According to the former student, the abuse took place two to three times a week in Leifer's house, as well as in the school and in summer camps in Australia.

According to The Age, the alleged victim said she feared Leifer would tell others in the ultra-orthodox Adass community about her abusive home life, which would damage her marriage prospects.

She added that Leifer gave her a part-time job at the school when she graduated, aged 18, and the abuse then continued for eight months until she was married and left the school

'I remember her locking the doors'

The young woman testified that her two sisters were also sexually abused by Leifer. She told the court that Leifer's offer to help her was originally seen as a goodwill gesture.

The Herald Sun reported that the woman told the court she was too fearful to complain about the abuse because of the power the former principal wielded in the ultra-orthodox community. "She was seen as the head of the school and the whole community looked up to her and basically idolized her,” she said. “She was seen as someone who was holier than holy."

The plaintiff said she had complete trust in her principal and had felt "special" after Leifer took a liking to her and offered to give her private tuition. She said she was told not to disclose the tuition to other students and said Leifer would take her out of class to abuse her at her home.

"I remember her being very scared her husband would come home and find us there. I remember her locking the doors," she told the court.

According to The Age, the woman said that since the alleged abuse she has suffered depression and became suicidal.

From Melbourne to Immanuel

In March 2008, after the abuse allegations were made, Leifer escaped from Australia to Israel. according to local media reports, the school students' parents claimed that the institution's management had paid her to leave the country before the official complaint was filed, and that Leifer had fled Australia 24 hours after being sacked.

Only in 2011, the girl filed an official police complaint against Leifer and the educational institutions she headed. The Australian authorities began investigating the case, and Leifer has been detained in Israel since the past summer, waiting for the completion of the extradition proceedings. Since Leifer fled to Israel, her family has been living in the ultra-Orthodox town of Immanuel.