Police commissioner sees no plans for violence in September

Police haven't spared any measure in preparations for possible wave of violence in wake of Palestinians' UN bid, but quietly hope for relative calm

Police Commissioner Yohanan Danino addressed preparations for the Palestinian UN bid on Sunday stating that unsual events will not necessarily take place. "We do not see plans for violence in September," he told reporters. "But as far as the Palestinians are concerned this is a seminal event and we are gearing up for any scenario."

Danino stressed that there have been many alerts over the past few months but that no significant rise was recorded as the deadline approaches. "We see solidarity among Arab-Israelis, i.e. legitimate protest, but no plans for any riots," he said. "The Palestinian Authority has also announced it will not tolerate violence and we have seen in recent times that it is indeed capable of preventing violence."

Nevertheless, the police chief admitted there was still a big question mark surrounding events on the ground. "Experience over the past year has taught us to be prepared for any outburst," he said. Danino said that the most problematic scenario will see mass protests spiralling out of control. To this end, the police have purchased new equipment and trained the forces with it. 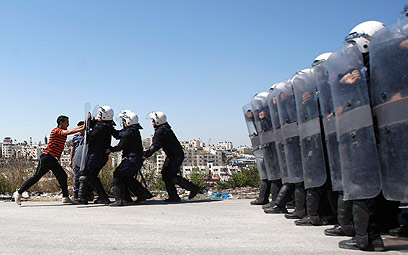 Palestinian forces train ahead of UN showdown (Photo: Reuters)
Officers were forced to deal with clashes in the West Bank in recent days as "Price Tag" attacks were launched in response to the razing at the Ramat Migron outpost. Danino admitted there was room for improvement as far as the officers' handling of such events was concerned. "There are objective difficulties in dealing with such cases, ultimately I am not satisfied with our conduct. Not enough indictments were filed on this issue."

The police will reinforce deployment this Friday when the Palestinians are set to submit their recognition bid before the UN. The decision was made based on the belief that the combination of the UN events and Friday morning prayers is of an explosive nature. 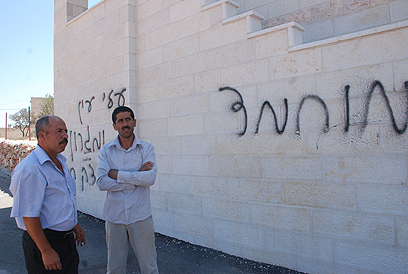 The head of the police's Operations Department Commander Nissim Mor added that "as there is not enough intel on possible riots that could deteriorate, we are preparing for the worst kind of events, the "minefield" of events that can continue for up to 21 days."

According to Mor, NIS 200 million ($55 million) were invested in police preparations with 9,000 police officers undergoing special training, 7,500 of them comprising a special mobile force that will handle riots wherever they arise. In total, police will boost forces in the Jerusalem district, mixed cities, main roads and the Seam Line. 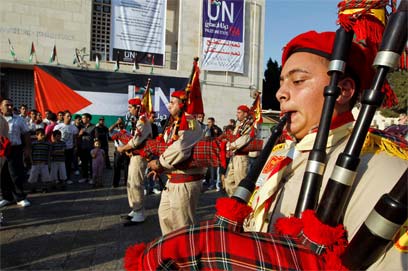 Police have also allocated NIS 50 million for equipping the forces with crowd dispersal measures, including the purchase of 200,000 liters of a foul odor distributing liquid, acoustic systems for crowd dispersal and systems for mass distribution of tear gas and rubber bullets. "This level of preparation is unprecedented," the commander stressed.

Level 3 refers to riots that will be dealt with water spraying tankers, paint and odor distributing substances; while Level 4 considers the possibility of mass riots that include the use of small arms. In this case police will use clubs, tear gas, rubber bullets and paint guns.