Polling stations are to open early on Tuesday to give 5.6 million eligible voters chance to make mark on Knesset; parties brace for final day of campaign

Polling stations across Israel are to open at 7 am Tuesday, giving the country's 5,656,705 eligible voters a chance to determine the makeup of their parliament for the next term.

The Central Election Committee is bracing for a tense 48-hour period. Voting is to conclude at 10 pm in most towns, allowing the count to begin.

Parties across the political spectrum prepared to make a last minute push on Election Day.

The Likud and Yisrael Beiteinu parties, which merged ahead of the elections, have recruited a small army of 40,000 activists who are set to be dispatched to polling stations at the crack of dawn.

"Our goal is to bring as many of our voters to the polling stations, to establish presence on the ground and convince constituents who are about to cast ballots," said Tzahi Braverman, the Likud's campaign manager. 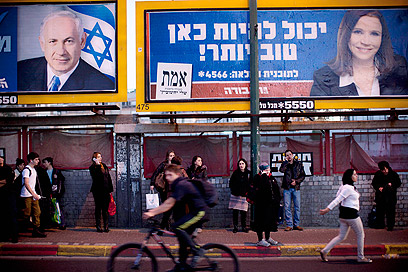 Multi-lingual activists were on standby to persuade Russian, Amharic, English and French speakers to vote for the two parties, while representatives armed with smart phones were preparing to let the headquarters know which registered supporters have already voted and which could use a last-minute nudge.

"We're optimistic because we know we have a major advantage on Election Day over our political rivals," said Tzachi Hanegbi, who was slated to orchestrate the campaign on Tuesday.

But Education Minister Gideon Saar, who was involved in managing the campaign as well, took a more cautious tone.

"Despite the myths, the Left's voter turnout is higher than ours," he said. "This election hasn't been decided yet."

Labor Chairwoman Shelly Yachimovich has yet to give up hope of becoming the next prime minister, but on Election Day she is expected to concentrate her efforts on making her party the second largest in the country. Yachimovich is expected to vote early a station near her Tel Aviv home before meeting activists at the Yarkon Park. 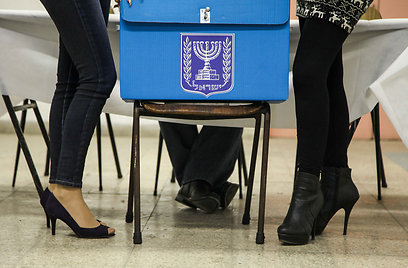 The party is expected to operate six buses that will shuttle activists between parks, malls and other recreational facilities where they are to hold quick campaign events. Some 10,000 volunteers are set to do Labor's bidding from morning to night. Yachimovich herself is slated to stop by the campaign headquarters to call undecided voters in an attempt to get them to swing to her side.

In the evening, she is to join her running mates and the party's supporters at Beit Berl.

The Yesh Atid party is teeming with excitement ahead of its first elections, but its chairman, Yair Lapid, is expected to keep it casual by starting Election Day like he does any other day, with an hour-long boxing session. He then plans to continue to a voting station near his home in northern Tel Aviv before visiting voters in Haifa, Kiryat Bialik, Kiryat Motzkin, Hadera and Netanya. He is to return to his party's headquarters in the late afternoon for last minute talks with would-be constituents.

"The last thing you need to know about us, and the last thing we want you to think about when you're on your way to vote, is that we aren’t going to change," Lapid told Ynet of the eve of Election Day. "Even at the Knesset we are not going to give an inch in the fight for … everything that the Middle Class is dealing with. An entire generation will know that it isn't invisible in the eyes of his state."

Habayit Hayehudi Chairman Naftali Bennett is expected to travel to Beersheba after casting his ballot on Tuesday morning, before making some final campaigning efforts in central Israel. At the end of the day he is to attend a celebratory event held by his party in Ramat Gan. 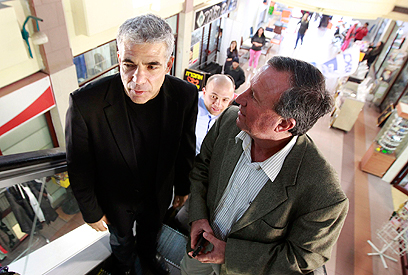 Hatnua's Tzipi Livni is also scheduled to make several campaign stops in cities in central Israel. She is to await election results with her family at home in Tel Aviv before attending an end-of-election soiree organized by her party.

Adding to the excitement, Hatnua candidate Merav Cohen went into labor on Monday night while she was at the party's headquarters. Livni put her duties aside to accompany the 29-year-old politician, who is ranked ninth on Hatnua's Knesset ticket, to the hospital.

Shas' three political leaders, Aryeh Deri, Eli Yishai and Ariel Atias, will start their day with a morning prayer at the home of the party's spiritual leader, Rabbi Ovadia Yosef. After casting their own ballots they will return to the synagogue to celebrate Brit Milah for the son of one of Deri's long-time aides.

Yishai, who is managing Shas' campaign, will oversee an initiative calling on each of the ultra-Orthodox party's activists to reel in 50 potential voters on Tuesday.

Meretz Chairwoman Zahava Gal-On will tour polling stations in Tel Aviv and will conclude the day at the Tzavta theater in the city, where supporters will gather to await the election results.

Members of the haredi United Torah Judaism party will learn how many Knesset seats they have won at its campaign headquarters in Or Yehuda. The party hopes for five to six mandates. 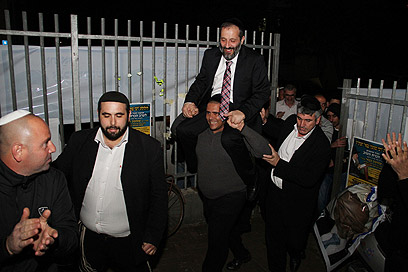 Otzma Leyisrael will focus its final efforts in south Tel Aviv, a district whose residents have become the far-Right party's primary target audience. The party has pledged to battle illegal immigration, an issue that has become a bone of contention in the area's low-income neighborhoods. Meanwhile, activists are also going to rally settlers in the West Bank.

Kadima's Shaul Mofaz will dedicate the last moments of his own campaign to voters in the north of the country.

"Parties on the Left lack the experience necessary to face the defense and political challenges, while the parties on the Right aren't responsible enough to make the decisions," a party official charged on Monday.

Balad, a party representing Arab Israelis, reported its members and supporters were at the ready to visit polling stations and call potential voters in order to convince them to go out and exercise their democratic right.

Members of the United Arab List-Ta'al have spent Monday meeting activists in the Galilee, West Bank and the Negev. Thousands of Hadash activists are expected to convince voters to choose the socialist movement, which advocates for coexistence between Jews and Arabs.