Senior Syrian official says Syria 'will respond to Israeli aggression' when it chooses. Hezbollah 'prepared to respond to any aggression'

Damascus will respond to Israeli attacks against targets on its territory, but will "choose the moment" and may not do so immediately, a Syrian political official said on Monday.

"Syria will respond to the Israeli aggression and will choose the moment to do so," the official close to the regime, who was speaking from Damascus, told AFP in Beirut.

"It might not be immediate because Israel now is on high alert," he added. "We will wait but we will answer."

Meanwhile, the deputy head of Hezbollah's Executive Council, Sheikh Nabil Qaouk, launched a threat towards Israel during an event in southern Lebanon. "We say to those who rely on the weakness and attrition of the resistance using Syria that the Lebanese resistance's decision is to be prepared and respond to any Israeli aggression." According to him, "the Israeli attacks on the outskirts of Damascus indicate the war on Syria's targets are linked to the resistance and whoever fights Syria and its regime serves Israeli goals."

Lebanese media published Monday that certain circles within Hezbollah say that there is a need to wait before setting any position beyond condemnation. "The situation is sensitive and there cannot be any quick steps against the aggression due to the sensitivity of the matter, and since a response is related to contacts and consultations between Syria, Iran, Hezbollah and Russia," one Hezbollah operative said, adding that "any decision will affect everyone." 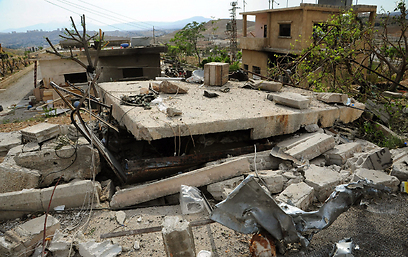 "We oppose the use of military force and believe any country's sovereignty should be respected," said Chinese Foreign Ministry spokeswoman Hua Chunying. "China calls on all relevant parties to begin from the basis of protecting regional peace and stability, maintain restraint, and avoid taking any actions that would escalate tensions." Russia also released a statement in which it expressed "serious concern" over the alleged Israeli strikes in Syria, and the increasing chances of international military intervention in the Syrian civil war. In a statement by the Russian Foreign Ministry it was said that Moscow is certain that the attack could lead to an escalation in the region: "We are trying to identify and examine the circumstances regarding the Israeli attacks on May 4 and 5 on the outskirts of Damascus."

In contrast, German Foreign Minister Guido Westerwelle warned of the possibility of weapons reaching Syrian rebels connected to Al-Qaeda, saying it would risk regional democracies like Turkey and Israel. Westerwelle, who is in Budapest for the World Jewish Congress, added that if the weapons reach "the wrong hands, Damascus will only be a stop on the way to Jerusalem."