US lawmaker says al-Qaeda threat most serious in years

The al-Qaeda threat that closed US embassies in the Middle East on Sunday is the most serious in years and the "chatter" among suspected terrorists is reminiscent of what preceded the Sept. 11 attacks, a US lawmaker who is briefed on intelligence said.

The State Department closed 21 embassies and consulates and issued a worldwide travel alert warning Americans that al-Qaeda may be planning attacks in August, particularly in the Middle East and North Africa.

"There is an awful lot of chatter out there," Senator Saxby Chambliss, the top Republican on the Senate Intelligence Committee, said on NBC's "Meet the Press."

He said the "chatter" - communications among terrorism suspects about the planning of a possible attack - was "very reminiscent of what we saw pre-9/11." A National Security Agency surveillance program that electronically collects communications on cellphones and emails - known as intercepts - had helped gather intelligence about this threat, Chambliss said. It was one of the NSA surveillance programs revealed by former spy agency contractor Edward Snowden to media outlets. Those programs "allow us to have the ability to gather this chatter," Chambliss said. "If we did not have these programs then we simply wouldn't be able to listen in on the bad guys." "This is the most serious threat that I've seen in the last several years," Chambliss said. 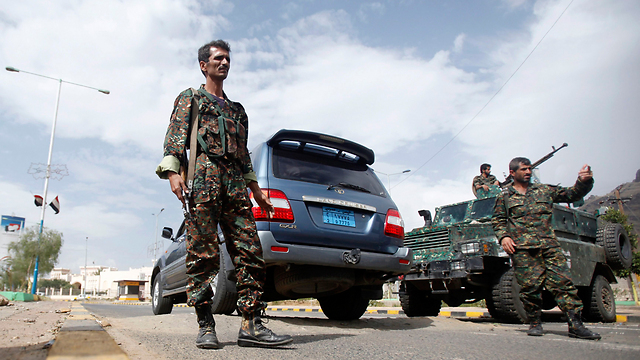 The threat also has prompted some European countries to close their embassies in Yemen, where an al-Qaeda affiliate that is considered one of the most dangerous – al-Qaeda in the Arabian Peninsula - is based.

Interpol, the France-based international police agency, on Saturday issued a global security alert advising member states to increase vigilance against attacks after a series of prison breaks in Iraq, Libya and Pakistan. "Al-Qaeda is in many ways stronger than it was before 9/11, because it's mutated and it spread and it can come at us from different directions," US Representative Peter King, a Republican, said on ABC's "This Week" program. "And al-Qaeda in the Arabian Peninsula is probably the most deadly of all the al-Qaeda affiliates," he said. Republicans and Democrats alike on Sunday television talk shows said the threat was serious and sought to defuse the controversy over the NSA surveillance programs, which critics say are an invasion of privacy and civil rights. "The good news is that we picked up intelligence. And that's what we do. That's what NSA does," US Representative Dutch Ruppersberger, the senior Democrat on the House Intelligence Committee, said on ABC's "This Week." "We've received information that high-level people from al-Qaeda in the Arabian Peninsula are talking about a major attack," he said. US Representative Adam Schiff, another Democrat on the House Intelligence Committee, characterized the security threat as being based on specific intelligence rather than generalized anti-US threats. "This is not the usual type of chatter," Schiff said on CNN's "State of the Union" program. "It had to be corroborated or come from very reliable sources to take this kind of action." A US intelligence official told Reuters there was disagreement within the intelligence community over whether the potential target was in Yemen or more broadly in the region, which was why the State Department's alert described the threat as "possibly occurring in or emanating from the Arabian Peninsula." The threat information also is coming ahead of the Eid celebration at the end of the Muslim holy month of Ramadan later this week and just over a month before the anniversary of al-Qaeda's Sept. 11, 2001, attacks on the United States. A Sept. 11 attack last year killed the US ambassador to Libya and three other Americans in Benghazi. Republican Senator Lindsey Graham said on CNN that the actions taken to close the embassies and issue the global travel alert showed that the Obama administration had learned lessons from last year's attacks on the US mission in Benghazi. "Benghazi was a complete failure. The threats were real there. The reporting was real. And we basically dropped the ball. We've learned from Benghazi, thank God, and the administration is doing this right," he said.