Housing minister Ariel announces apartments up for sale three days before second round of peace talks begins. 'No country takes orders from other countries about where to build,' he says

Three days before the second round of peace talks begins, Housing and Construction Minister Uri Ariel announced that some 1,200 new apartments in Jerusalem and the West Bank are up for sale.

"The Israeli government is working to reduce the cost of living in all parts of Israel. No country receives orders about where it can and cannot build from other countries," Ariel said.

"We shall continue to market apartments all around the country, in the Negev, in the Galilee and in the center, to meet the needs of all the people of Israel. It's the right thing to do both for Zionism and for the economy."

"Solutions for the housing problem should be implemented where there is demand. The use of resources designated for housing for the middle class for the purpose of unnecessarily defying the Americans is not conducive for the peace process." 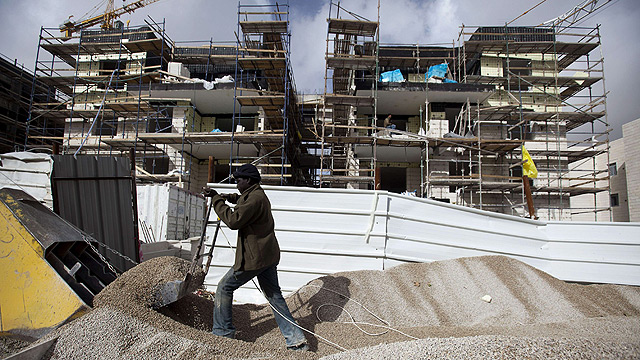 The announcement was also criticized by the opposition. "Building thousands of housing units in the settlements is a side bomb placed by the government to kill the negotiations before they even begin," said Meretz Chairwoman Zahava Gal-On. "We will not have an agreement with the Palestinians as long as settlement construction continues. There will be no peace agreement that is not based on 1967 lines with land swaps and the division of Jerusalem."

The statement came after weeks of discussions between Naftali Bennett's Habayit Hayehudi party and Prime Minister Benjamin Netanyahu, who is leading the release of Palestinian prisoners as part of renewed peace talks.

While Minister Ariel considers the move a victory, even his close advisers admit that the process is in the very earlier stages and that construction could take as long as two years to begin.

A source at the Habayit Heyehudi said, "There is a media battle in the Right. It's true we won't see construction in the near future but this is a first stage that sets the wheels of bureaucracy in motion after a long period of no construction."