Some Druze opt to live, study in Israel for fear of that Islamists in Syria will 'slaughter' them. Expert: This could help Israel’s claim to territory

In the Golan Heights, a seemingly banal decision – where to go to college – is fast becoming the source of dozens of Israeli citizenship applications among young Druze, which could help legitimize Israel’s claim to the contested territory, experts say.

A small religious sect with a peaceful reputation, the Druze in the Golan Heights have long maintained a tradition of studying in Syria, home to approximately half the world’s Druze population. As a protected minority under Syrian President Bashar Assad, Druze from the Golan Heights can avail of free college tuition and a monthly allowance from the Syrian government. But as Islamist rebels seize Syrian strongholds, young Druze are opting to live and study in Israel, away from the dangers of the Syrian civil war.

“They are very much afraid that the Islamists would slaughter them,” said Dr. Mordechai Kedar, an Israeli lecturer at the Department of Arabic at Bar-Ilan University.

Since their break with Islam in the 10th century, the Druze have been considered infidels by Muslims.

Out of fear for their safety, leaders of the Druze community in the Golan Heights asked Prime Minister Benjamin Netanyahu in June to readmit 40 Druze students who had left the Golan to study in Syria. After living in Syria for a number of years, their names had been taken off the Interior Ministry’s Population Registry. As of now, no students from the Golan Heights are registered to study in Syria for the upcoming academic year. 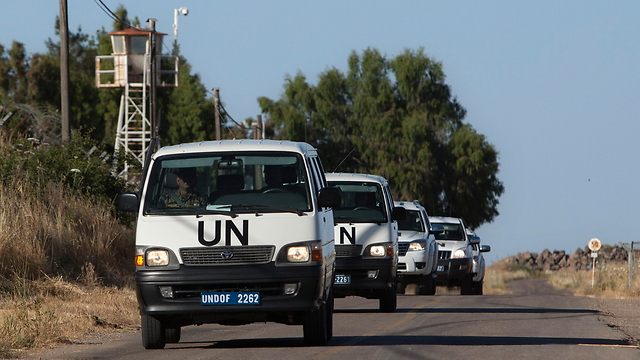 Since Syria and Israel are technically still at war with one another, the border by the four Druze villages of Majdal Shams, Mas’ade, Ein Qiniyye and Buq’ata is closed and studying in Syria is one of few opportunities young Druze have to visit their ancestral homeland. The decision to study in Israel means young Druze are less connected to Syria than older generations. And although Golan Druze are able to study in Israel without Israeli citizenship, some have given up on a life in Syria and are hoping to take full advantage of their time in Israel. Only those with Israeli citizenship can gain access to voting rights, passports and jobs in the public sector.

“It’s good for them in the Jewish state,” said Majdal Shams Mayor Dolann Abu Saleh, where approximately 100 Druze – some as young as 16 – have applied for Israeli citizenship, according to municipality spokesperson Neven Abu Saleh, the mayor’s sister. And the increasing number of citizenship applications in the Golan Heights is also good for the Jewish state, according to Dr. Kedar who said more Israeli citizenship holders in the Golan Heights could help Israel’s claim to the territory. “Why should the world act against the locals by forcing Israel to leave the Golan?” asked Dr. Kedar, referring to international organizations such as the United Nations who deem Israel’s presence in the Golan Heights illegal and have put pressure on Israel to withdraw. However, not every young Druze from the Golan Heights is applying for Israeli citizenship. In a region populated by Syrian brides, Damascus University alumnus and Assad supporters, Syrian loyalty is strong and those who apply for citizenship are often ostracized by older Druze members who fought against Israel’s attempt to impose citizenship when the Golan Heights was annexed in 1981. “I do not want to be unacceptable to my society,” said a 33-year-old lawyer from Majdal Shams who wished to remain anonymous. Although the Golan Heights native said he enjoyed his time in Israel, studying at Tel Aviv University, it was not enough to make him want Israeli citizenship, something for which he said he could be banned from public ceremonies and weddings. Although the number of applicants has increased from double to triple digit figures, public relations officer Salman Fakhr Eddin of human rights organization Al-Marsad doesn’t think the total number of Israeli citizenship holders will increase beyond 4% of the Golan Druze population, some 880 Druze out of an approximate total of 22,000. As young Druze complain that the process is long and difficult, it remains to be seen how many will gain Israeli citizenship. Out of this year’s 100 applications, only 15 have been successful so far, according to Neven Abu Saleh. Officials from the Interior Ministry could not provide information on the process or its requirements at the time of publication.