US attack in Syria may lead to regional war that will not pass Israel by. Despite fierce war against rebels, Assad army continues to army itself with Russian weapons. What is the Syrian army preparing for the IDF? And how will Israel's initial blow look like?

While the US is bolstering its naval force in the Mediterranean with additional warships ahead of a possible strike in Syria, the Middle East is preparing for the aftermath of such a strike, if and when it occurs. Israel in particular is raising its alert level, as Syria's retaliation may include an attack on Israeli targets.

According to estimates, the Syrian army has in its possession some 100,000 missiles and rockets. Several thousand of them, such as the Scud-D missiles, are considered very powerful and accurate and can reach any target in Israel. President Bashar Assad's army also has Russian-made SS-22 medium-range surface-to-surface ballistic missiles, which can carry some 120 kilograms of explosive material.

The Syrian army is not only weary from fighting the rebel forces over the past two-and-a-half years, it has also used up a fair amount of its weapons. However, Russia continues to send arms shipments to Syria and is making certain the regime is Damascus receives more rockets, anti-tank missiles, small arms and ammunition. The Syrian army also receives logistical support from Iran.

The events of the past week have raised fears in Israel that Assad will use chemical weapons not only against his own people. The Syrian army is capable of arming its missiles with chemical agents, as it did this week prior to the attack on rebel strongholds on the outskirts of Damascus, and use them against Israel, although such a scenario seems unlikely at the moment. 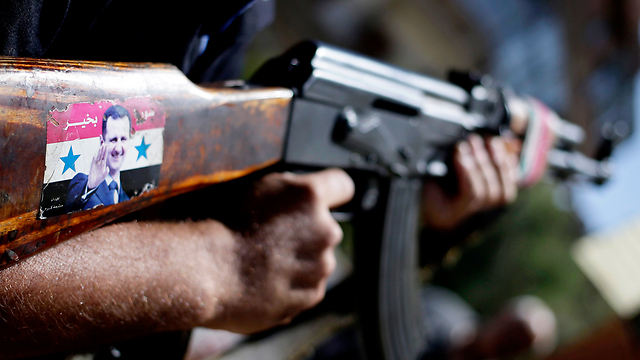 Assad has moved his chemical weapons stockpiles form the desert in eastern Syria to more protected areas on Syria's coast that are ruled by his Alawite sect. These stockpiles, among the largest in the world (some 1,000 tons of chemical warfare agents) are under the complete control of Assad's regime.

Not only Syria; Lebanon, Gaza as well

A response to an American attack could also come from Syria's regional allies. Israel is convinced that Hezbollah will not take action against "the Zionist enemy" without a direct order from Iran, and thus, in the event of a Western attack that may break the Tehran-Damascus-Hezbollah axis, Israel may take a blow from the north. 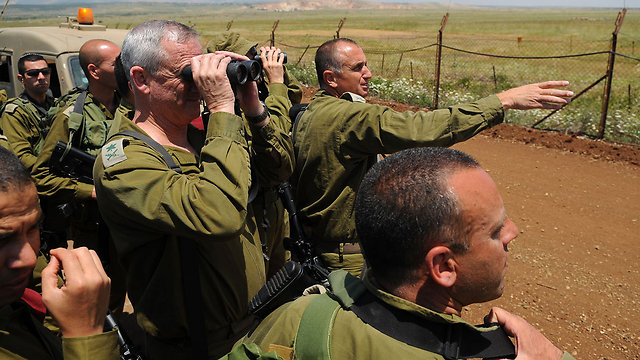 Hezbollah currently holds approximately 70,000 projectiles; dozens of them are guided missiles that can reach Beersheba, but are targeted for more strategic objectives: Accurate hits to national facilities such as power plants or important bases such as the Kirya compound or Israeli Air Force bases.

Hezbollah also has an advanced system that includes dozens of drones that can carry explosives and detonate on targets in northern Israel, before interception by the IAF.

Hamas in Gaza, on the other hand, suffered a critical blow during Operation Pillar of Defense and is in distress due to the demise of its patron in Cairo. Hamas decided a year ago to break away from the Iranians and choose the Muslim Brotherhood, and is not expected to intervene in favor of the Syrians. This will leave several hundreds of rockets (mainly short-ranged), belonging to the Palestinian Islamic Jihad in Gaza, together with an unknown number of rockets in Sinai, in the hands of global jihad, which currently focuses its fighting efforts against the Egyptian army.

The Israeli response will start with an attack which will be primarily based on intelligence that will allow the IAF to launch a powerful opening blow to Hezbollah's strategic assets in southern and central Lebanon. 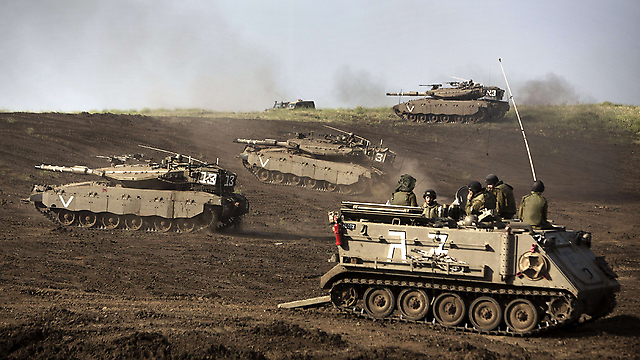 The Intelligence Division has gone through unprecedented upgrades and improvements, including in the field of tactical intelligence that will be provided to the paratroopers' commander who will arrive at a Lebanese village to seek hidden launching pads.

The military intelligence has also taken a major role in the updating of operative plans against Syria. Only two months ago, The Times reported that according to Israeli sources, if Assad will be removed from power, 18 storage sites of weapons of mass destruction will be attacked. However, the time needed to complete this action will be derived primarily by the home front: The sixth Iron Dome battery is currently being deployed by the IAF, and within one year four more batteries will be installed.

The system's improvement over the past few months will allow the army to intercept longer-ranged rockets and cover a larger area. However, the scenario of rocket attack from up north will be completely different than the one seen in Pillar of Defense. The 80% success rate of the Iron Dome batteries in November is far from being guaranteed in light of the mass of rockets and populated area that will need to be protected in northern and central Israel (a snap preview was noted last Thursday with two hits in villages and one successful interception).

And we have yet to discuss the debate within the security establishment whether or not Iron Dome batteries should protect villages and cities or important military bases and strategic establishments.