No need to panic

Analysis: Israelis must keep in mind that while Assad regime is cruel, it has always acted rationally

The rush to gas mask distribution centers over the past few days indicates a certain panic that has taken hold of the Israeli public, but there are at least four good reasons why Israelis should not panic. In fact, the expected American attack in Syria is actually a cause for optimism.

The first reason is that Bashar Assad's regime in Syria has proven for more than a decade that while it is brutal and cruel, it is also rational. Currently, the most important thing for the regime is its own survival, as well as the survival of the Alawite sect and the Assad family.
Syria Crisis
Waiting for the American cop
Eliezer Marom
Op-ed: Despite urge to intervene in Syria, State of Israel is committed, first and foremost, to its own security interests
Waiting for the American cop
The Syrian president and his confidantes consider the preservation of the regime a matter of life and death. Therefore, they will not challenge the State of Israel in a way that may jeopardize the regime, the sect or the family. This is why the Israeli security establishment and intelligence community believe there is a very slim chance that Assad will launch a missile attack on Israel. The worst case scenario, they estimate, includes symbolic responses that will not provoke a severe Israeli response. The second reason has to do with the security establishment's preparations for a Syrian missile attack. IDF intelligence will warn of an impending strike, and the army has deployed additional Iron Dome missile defense batteries and readied its Hetz (Arrow) and Patriot missile batteries. Most importantly, the Air Force and other army units are on high alert so that they will be ready to operate in case the slightest sign of any anti-Israel Syrian activity is detected. In the past, including in the days leading up to the Yom Kippur War in 1973, Israel failed to take the necessary measures because it believed the likelihood of an attack was remote. But today, while the IDF is not at its highest level of alert, in some Air Force bases armed jets are ready to take off within minutes of being given the order. We are not talking about one or two planes, but an amount that can do damage to Syria anti-aircraft system. 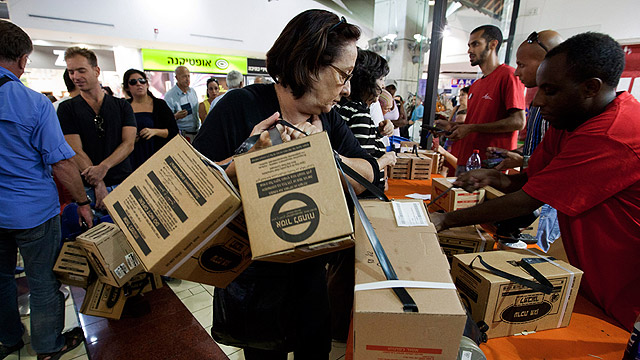 The third reason we should not panic relates to the fact that US destroyers, submarines and aircraft carriers will remain in the region and continue to operate against Assad's army should Syria attempt to hurt Israel, Jordan or Turkey -  meaning we will not have to deal with the Syrian provocations on our own.

The fourth reason has to do with the fact that panic can lead to unfavorable results. Meaning, when the Syrians see that Israelis are flooding the gas mask distribution centers, some of them may think it is a good idea to let Israelis get a taste of Syria's chemical weapons. We’ve seen in the past how prophecies fulfill themselves only because Israeli or American weakness was reflected in the media. Due to all of these reasons, and because I trust IDF Intelligence and Israel's other intelligence agencies, I believe the panic is unjustified and may even be causing harm to the Israeli public. Having said that, no one can guarantee us that Assad will act rationally and will not launch a massive attack on Israel. The current situation also offers some reasons for optimism. A successful American operation in response to the use of unconventional weapons by the Syrian army will send a clear and deterring message to Iran. The UN's atomic energy agency said Wednesday that Iran has prepared more than 1,000 advanced uranium enriching machines to be started up and that it is already running more than 15,000 older machines. This means that Tehran has crossed Netanyahu's red line. Instead of provoking the international community by enriching 240 kilograms of uranium to a 20% purity level, Iran has simply installed enough centrifuges that allow it to enrich an almost unlimited amount of uranium to any level of purity it wants. This means that Iran will be on the brink of nuclear weapons capability very soon, while the West is still trying to assess the effect of the sanctions on the ayatollahs' regime and President Rohani's willingness to compromise. A successful American operation against Syria may very well slow down the Iranian nuclear program.