Omar Hammami, who threatened in his songs to 'knock America down to her knees' and 'wipe Israel off the globe,' killed by own terror group

American terrorist Omar Hammami, known as Abu Mansoor al-Amriki, rapped of being killed by the sharp end of a cruise missile, but on Thursday he was executed in Somalia alongside a British extremist by members of his al-Shabaab terrorist group.

Witnesses said they were killed in a raid on a village, southwest of Mogadishu, in what appears to be the latest round of infighting in the al-Qaeda-linked group that once held sway over Mogadishu but has suffered a series of defeats to African Union forces, The Times reported.

Hammami, according to the British newspaper, published an autobiography on the internet, released a series of comically bad rap songs, and had a $5 million bounty on his head.

In one of his last songs, Send Me a Cruise, he begged America to kill him in an airstrike. "Send me four (missiles) and send me more, that's what I implore. An amazing martyrdom I strive for and adore," he sang tunelessly. In other songs he threatened to "knock America down to her knees" and "wipe Israel off the globe."

The Times reported that Hammami, who took his name from his Syrian-born father, grew up in Alabama and was raised as a Baptist by his mother. Friends said that he listened to the rock group Nirvana and dated one of the prettiest girls in his school before converting to Islam in his teens and growing increasingly devout at the University of South Alabama.

He moved to Somalia in 2006, aged 22, spoke fluent Somali and quickly rose up the terrorists' ranks, under the patronage of Sheikh Mukhtar Robow. 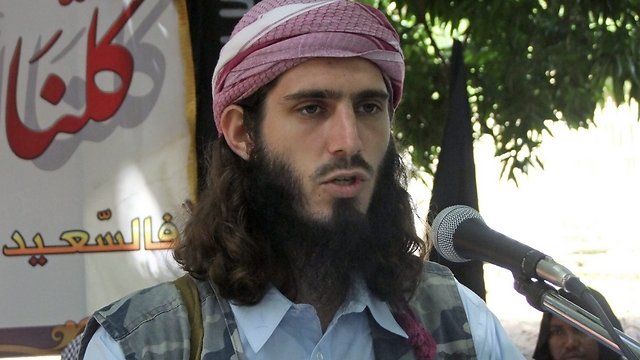 Raised as a Baptist. Hammami

He said that he feared his life was in danger early last year, after falling foul of one of Robow's rivals, Ahmed Abdi Godane. "I record this message today because I fear my life may be endangered by (al-Shabaab) because of some differences that occurred regarding matters of the Sharia and of strategy," he said in a video posted online in March 2012.

Comrades loyal to Godane denounced him for a "narcissistic pursuit of fame." In April he used Twitter to claim he had survived an assassination attempt. Matt Bryden, director of the non-governmental organization Sahan Research, and a former head of the UN monitoring group on Somalia, told The Times that Hammami "took part in decision making and strategizing." But as a foreigner, he was dependent on the patronage of powerful Somali commanders, which left him "vulnerable and exposed."

Bryden added: "He had great symbolic value and he was highly visible. I don't think he was a very forceful leader but he possessed a degree of charisma and he appealed to other foreign fighters."

A spokesman for the British Embassy in Somalia said that it was aware of reports of the death of a British national in the country and was seeking more information about it.