Israeli girl lightly wounded while playing in yard in settlement located north of Ramallah says terrorist was standing at point blank range from her; army suspects infiltration from nearby Palestinian town

A nine-year-old girl was lightly injured Saturday night while she was playing in the yard of her home in Psagot, a Jewish settlement located north of Ramallah in the West Bank. No one else was hurt in the incident.

Paramedics who were alerted to the scene evacuated the girl, who was fully conscious, to Jerusalem's Shaare Zedek Medical Center. She suffered injuries to her upper torso, and the doctor who was treating her said it was unclear whether she had been shot or stabbed.

IDF forces suspect that a terrorist from the nearby Palestinian town of al-Bireh had infiltrated Psagot and then fled the scene. Footprints found near Psagot's security fence, as well as a hole in the fence, reinforce this assumption. Psagot's residents were instructed to remain indoors until further notice, while soldiers were going from house to house to make certain the terrorist had not remained in the community.

IDF forces were canvassing the area overnight but it is estimated the terrorist managed to escape the scene.

A motorcyclist later reported that he came under fire on a road leading to Kochav Yaakov, not far from Psagot. 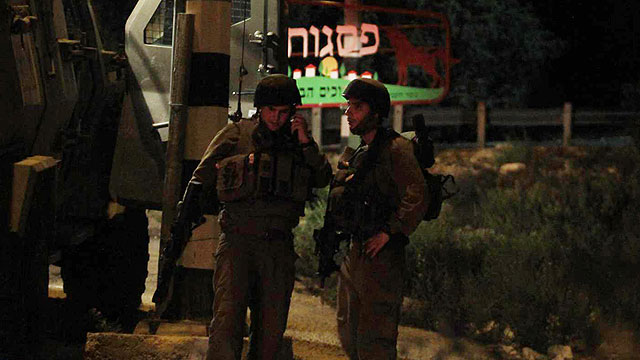 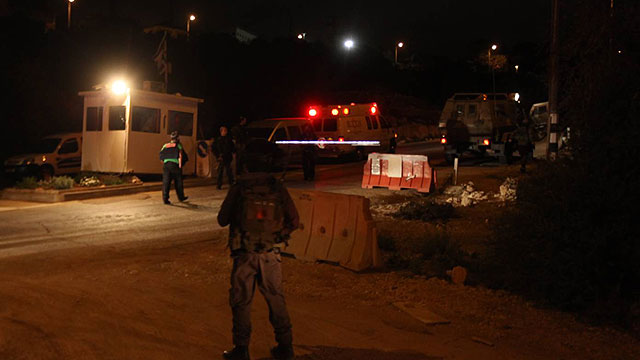 Palestinians reported that IDF forces entered the village of al-Bireh and conducted a search near the stadium. It was further noted that Palestinian security forces cleared the area following the troops' entrance.

Dr. Daniel Fink, who treated the girl, said she told security officials that the terrorist was standing at point blank range her. He said it remains unclear whether the girls was stabbed or shot, adding that her condition was "completely stable."

Shlomo Petrover, who lives in close proximity to the scene of the attack, said "I arrived at the house and saw the girl with gunshots in the upper part of her body. I treated her along with the community's paramedics until the ambulance arrived." 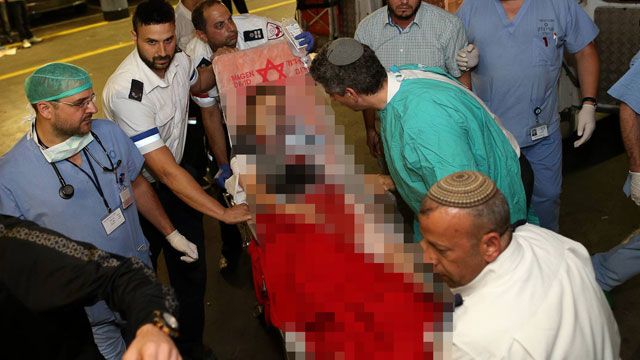 Magen David Adom paramedic Yoni Cohen said the girl was "frightened, tired and in pain, but spoke all during the drive to the hospital. She was a true hero, and we told her so."

Some two weeks ago Staff Sergeant Gal Kobi, 20, from Tirat Carmel in northern Israel, was killed after he was shot in the neck near a checkpoint in Hebron's Cave of Patriarchs. He was rushed to Shaare Zedek in critical condition but eventually died of his wounds.