On October 11, 1973, Major Yitzhak Ofer was killed when his Skyhawk jet was hit over the Golan Heights during the Yom Kippur War. Exactly 40 years later, on October 11, 2013, his brother, Colonel (res.) Sariya Ofer was murdered outside his northern Jordan Valley home.

The IDF said the murder, which occurred on Friday around 1 am, was an apparent terror attack by Palestinians, but is not ruling out the possibility that the act was criminally-motivated.

Sariya Ofer's wife Monique, who managed to escape, said her husband was bludgeoned to death by two Palestinians wielding iron bars and axes when he stepped outside their home, located in the West Bank vacation village of Brosh HaBika, to investigate suspicious noises. 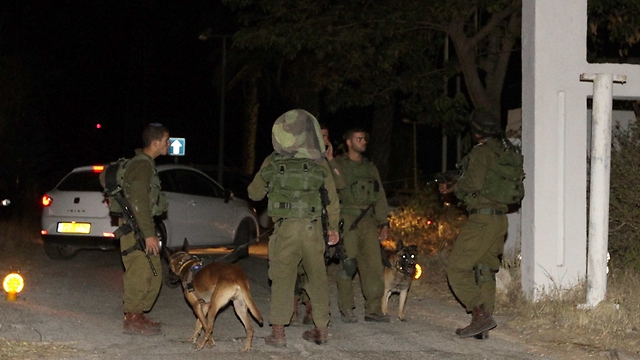 A senior officer who served with Sariya, who was nicknamed "Yaya," told Ynet that his military career and personal life were heavily influenced by his fighter pilot brother's death.

Sariya is the son of the late Tel Aviv Police commander David Ofer and is the nephew of business tycoons Sammy and Yuli Ofer. He held a number of key positions in the army, including commander of Sayeret Shaked and commander of the IDF forces in Gaza.

Sariya was among the commanders of the IDF forces who evacuated the Sinai community of Yamit in 1982 Yaya, who moved to the Jordan Valley in the 1990s for ideological reasons, established a vacation village in Brosh HaBika six years ago. He remarried just six months ago. Sources in the Jordan Valley said Sariya's repeated requests for assistance in securing Brosh HaBika had been denied. According to Brosh HaBika's website, it is the site of a former Jordanian army base. Sariya, the founder of the IDF special forces Haruv unit, was asked by the State to bring "Israeli light" to the northern part of the Jordan Valley. He considered the establishment of the vacation village a Zionist mission. In 2003, while serving as the director of a petrol company, Sariya Ofer was indicted for fraud and tax evasion in the amount of NIS 13 million ($3.65 million). The Tel Aviv Magistrates' Court acquitted him of all charges.