A 30-year-old man was critically injured Saturday when the car he was driving exploded in Ashkelon. Magen David Adom services evacuated him to Barzilai Medical Center in Ashkelon with severe injuries to his lower limbs.

It seems that an explosive device was attached to the car. Large forces of the Southern District Police arrived at the scene.

Ten days ago, a courier in mob boss Shalom Domrani's organization was killed when a vehicle exploded in Ashkelon. One of the crime organization's senior members was critically wounded in the event. 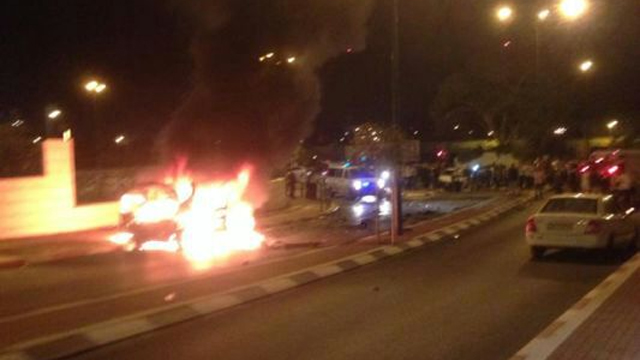 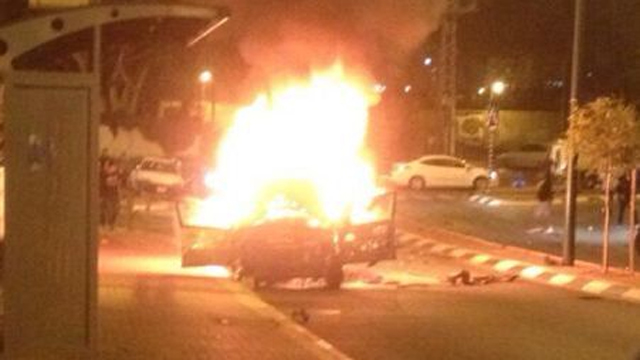 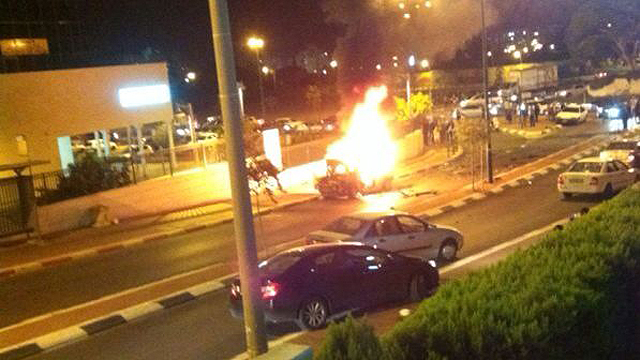 Hours following that explosion, a man was seriously wounded in Yokneam, in an incident which police suspect might be related.

There is a long standing dispute in Ashkelon's underworld between several main families: Domrani, Abargil, Magidish and Jaroshi. Police believe Saturday's blast was a direct consequence of last week's hit in a continued back-and-forth retaliation battle between the families.

The wave of crime has taken a toll on the city's residents. Ashkelon resident Moshe Nisifor, who witnessed the explosion, said: "It's very scary – people are closed in their houses and afraid to go out. It's impossible that an explosion like this, which is like a terrorist attack, will happen right here next to residents' homes, where children are running around. 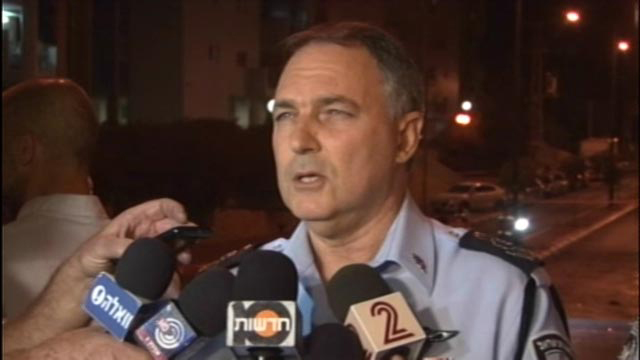 Chief of Police Danino at the scene (Photo: Roee Idan) 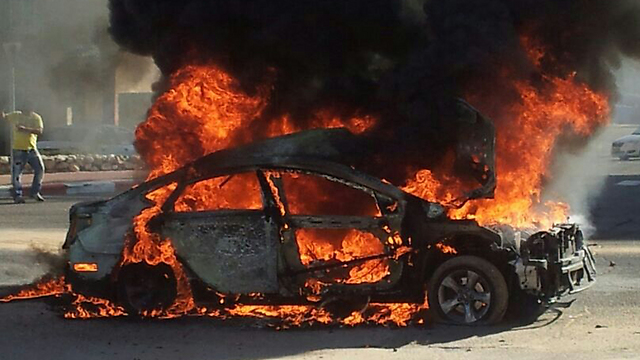 "We don't feel safe; we don't know where the next explosion will happen; we live in uncertainty and it's only a matter a time until disaster strikes and innocent people will get hurt," Nisifor added.

Yarin, another Ashkelon resident, said: "It's not safe to walk around the streets anymore. We're going back to a time of crime and violence. It's very scary because we don't know where the next blast will come from. Ashkelon is a city of good people, and it's a shame that events like this give us a reputation of a criminal city."

"Where are the police?" asked David Shaul, who lives on the same street the blast occurred. "People are doing whatever they want in the streets. Police should start focusing on heavy criminals, and not just those who are easy to apprehend… until innocent citizens aren't hurt, they won't realize we're living in danger."

As for preventing the next hit, Vered, who goes to a local college, said "I'm not saying police can't do it, I'm just saying they're not doing enough – not trying hard enough."

Former Tel Aviv District Police Chief Yossi Sebdon said that attempted hits cannot be completely thwarted, but that Ashkelon residents' sense of security can be fortified. "They must station more police officers in the city – make sure they're in every corner. It'll both deter (criminals) and make residents feel they have someone to turn to."

Saturday's victim is known to the police and has been arrested in the past for theft, fraud and violence.

Four years ago, Domrani was arrested and charged with severe battery and attempted kidnapping, and jailed. A year later he was involved in arbitration with the Abargil family.

Last year, two brothers from the Magidish family were charged with attempted murder after an undercover police man foiled an attempt to kill Domrani. Police is convening to further identify the criminals and put a stop to the retaliations. Police Chief Danino visited the crime scene, saying, "This is a serious event. All signs indicate that this is a dispute between crime organizations."

He added, "Our work is to calm the turf and apprehend those responsible. Our efforts will continue until the culprits are behind bars."

Yaron Kelner contributed to this article