Tourism Ministry figures point to new record in tourist entries in past year with more than 3.5 million visitors. Which countries do tourists come from and what is most visited site in Israel?

VIDEO - Tourism Ministry figures point to a new record in tourist entries to Israel in 2013 with more than 3.5 million visitors, a 0.5% increase from 2012.

Where do tourists come from?

According to the Tourism Ministry, most tourists were highly satisfied with their visit (a score of 4.3 out of 5). Improvements were recorded in the public's attitude towards tourists, in recreational and nightlife activities and in accommodation facilities compared to 2012.

How much money did tourists bring in?

Tourism yielded the economy an estimated NIS 40 billion ($11.5 billion) in the past year, an 8% drop from 2012. Incoming tourism brought in about $5 billion in income (including Israeli airlines' income). 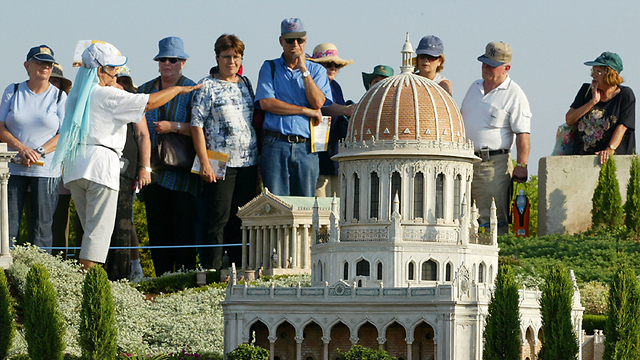 Some 100,000 people were employed in the tourism industry in 2013, two-thirds of them in hotels. The total number of employees as a result of the tourism activity is estimated at some 195,000 – about 6% of all employees in the Israeli economy.

What was most visited site?

What type of tourists arrive?

Israelis traveled a lot in the past year too, with domestic tourism totaling 16.7 million stays (in all types of accommodation) – a 3% increase from 2012. 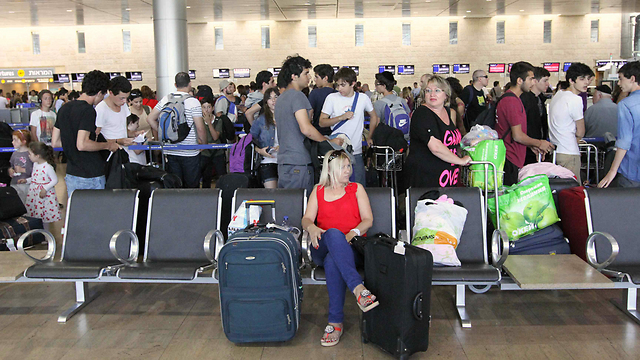 Israelis not giving up on vacations either. Ben-Gurion Airport (Photo: Ido Erez)
As for flights abroad, Israeli recorded 4.7 million trips in 2013 (a 9% increase from 2012), 4.3 million of them by air (up 10%), while trips through border crossings (to Jordan and Egypt) saw a 3% drop.

Tourism Minister Dr. Uzi Landau said, "The year 2013 is a record year for tourism and we are proud of that. Despite Operation Pillar of Defense and the security situation in the region, tourists voted with their feet.

"The Tourism Ministry will continue to invest in maintaining the numbers of tourists arriving in Israel, by opening new markets and actively marketing the tourism product around the world. I wish all tourists a happy 2014."